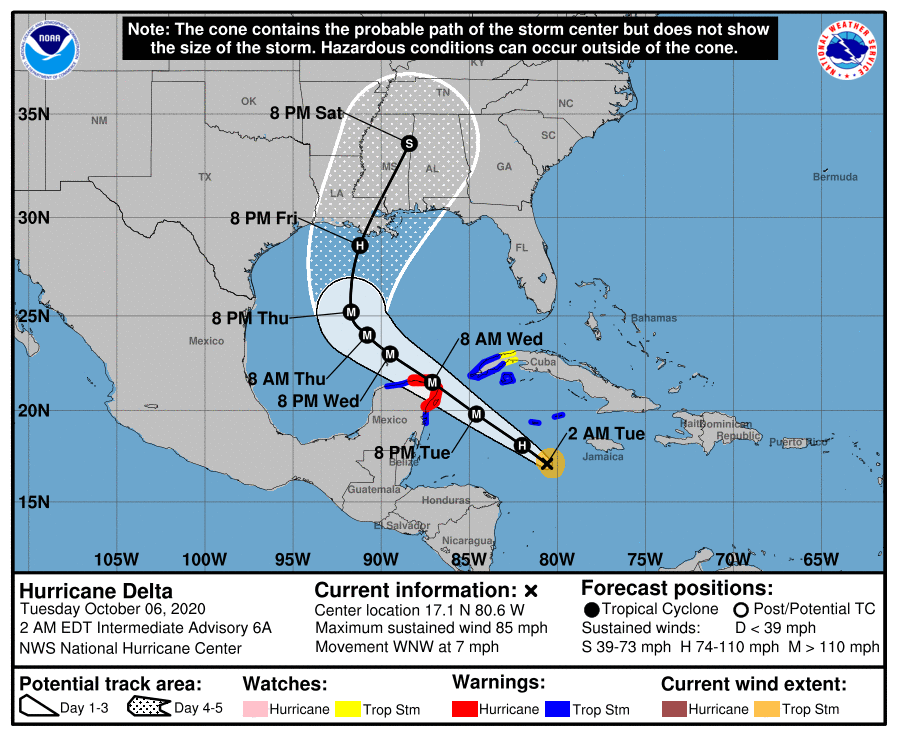 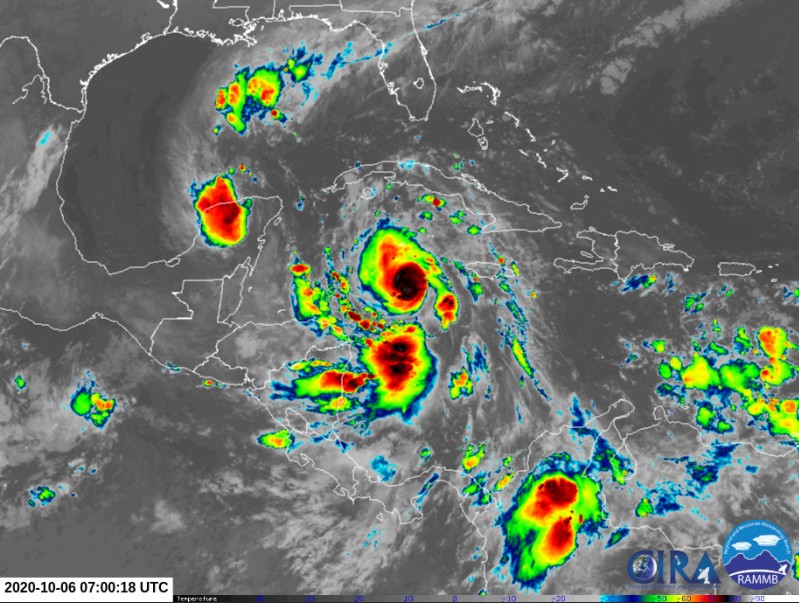 Delta is moving WNW at 11 km/h (7 mph) and is expected to pass southwest of the Cayman Islands this morning (LT), approach the northeastern portion of the Yucatan Peninsula, and the Yucatan Channel tonight.

Additional rapid strengthening is forecast during the next day or so, and Delta is expected to be a major hurricane when it nears the Yucatan Peninsula. 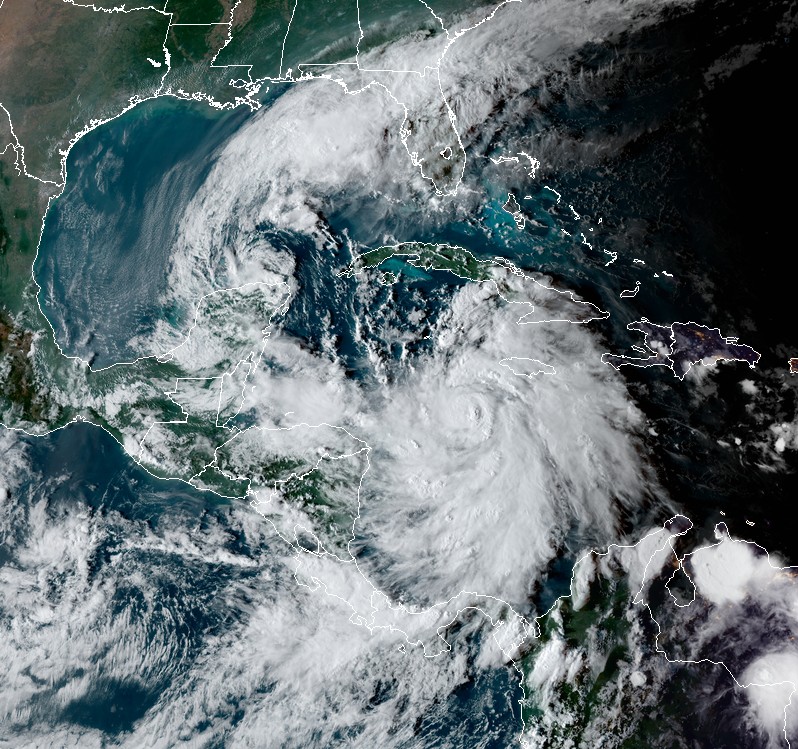 While there is large uncertainty in the track and intensity forecasts, there is an increasing risk of dangerous storm surge, wind, and rainfall hazards along the coast from Louisiana to the western Florida Panhandle beginning Thursday night or Friday, October 9, NHC forecasters said. Residents in these areas should ensure they have their hurricane plan in place and monitor updates to the forecast of Delta.

A dangerous storm surge will raise water levels by as much as 1.2 to 2 m (4 to 7 feet) above normal tide levels along the coast of the Yucatan peninsula within the hurricane warning area, near and to right of where the center makes landfall. Near the coast, the surge will be accompanied by large and dangerous waves.

In Cuba, tropical storm conditions are expected tonight in the warning area and possible in the watch area near the same time.

Delta is expected to produce 100 to 150 mm (4 to 6 inches) of rain, with maximum rainfall as high as 250 mm (10 inches) possible, across portions of the northern Yucatan Peninsula through mid-week.

This rainfall may result in areas of significant flash flooding, NHC warned.

50 to 100 mm (2 to 4 inches) of rain, with isolated higher amounts, are expected across portions of Jamaica, the Cayman Islands, and western Cuba through midweek. This rainfall may result in areas of flash flooding and mudslides.

Later this week and into the weekend, Delta is expected to bring heavy rainfall across portions of the central Gulf Coast into the southeastern United States.