Further strengthening is expected over the next couple of days, and Sally is forecast to become a hurricane on Monday, with some additional strengthening possible through early Tuesday.

A Storm Surge Watch is in effect for the Mouth of the Mississippi River to the Alabama/Florida Border, Lake Pontchartrain, Lake Maurepas, and Lake Borgne, Mobile Bay.

A Hurricane Watch is in effect for Grand Isle Louisiana to the Alabama/Florida border, Lake Pontchartrain, and Lake Maurepas including metropolitan New Orleans.

A Tropical Storm Watch is in effect for Alabama/Florida Border to Ochlockonee River Florida. 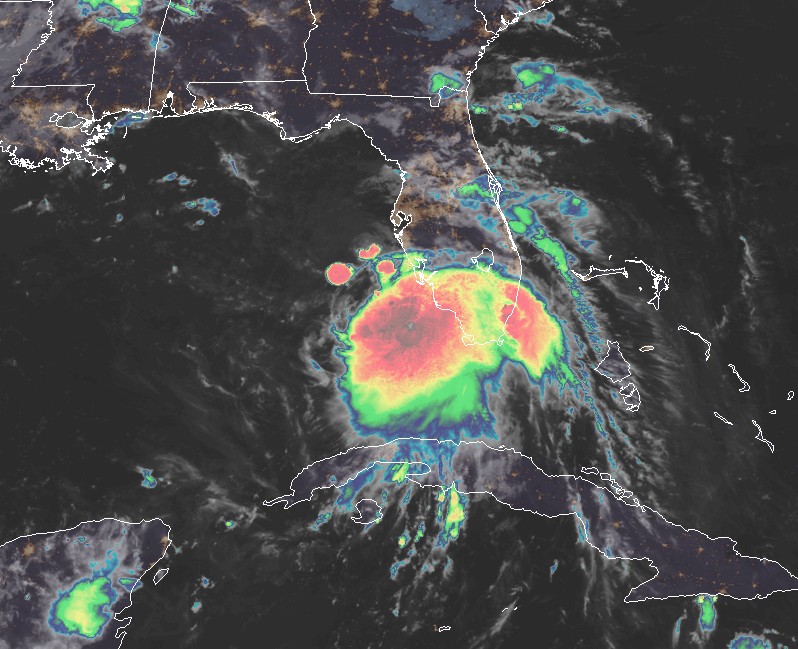 "Given the current structure, only gradual strengthening is expected in the short term. However, once the cyclone develops more of an inner core, it should be able to take advantage of warm sea surface temperatures and low shear over the Gulf of Mexico during the next couple of days," NHC forecaster Brennan noted at 03:00 UTC on September 13.

"Steady intensification to hurricane strength is forecast through 48 hours, with a leveling off of the intensity in 60 – 72 hours as the shear is expected to increase."

"Users are reminded to not focus on the exact details of the track or intensity forecasts, as the average NHC track error at 72 h is around 177 km (110 miles) and the average intensity error is around 24 km/h (15 mph). In addition, wind, storm surge, and rainfall hazards will extend far from the center. Unfortunately, confidence is increasing that Sally's expected slow forward speed near the Gulf Coast will exacerbate the storm surge and heavy rainfall threats." 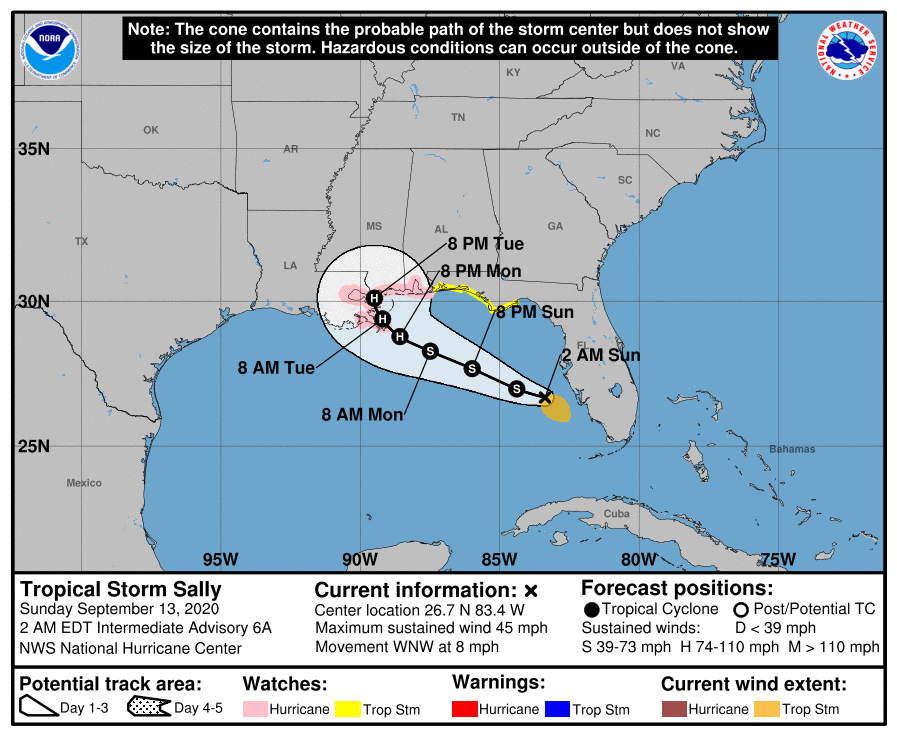 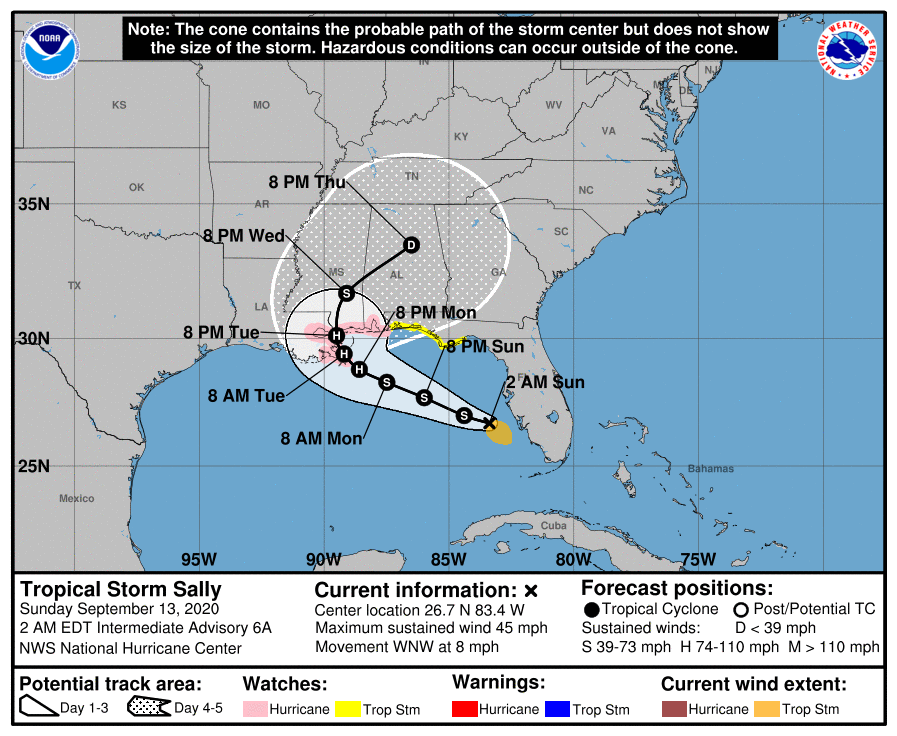 The combination of a dangerous storm surge and the tide will cause normally dry areas near the coast to be flooded by rising waters moving inland from the shoreline, NHC forecasters warned.

The deepest water will occur along the immediate coast near and to the right of the landfall location, where the surge will be accompanied by large and damaging waves. Surge-related flooding depends on the relative timing of the surge and the tidal cycle, and can vary greatly over short distances.

Sally is expected to be a slow-moving system that will continue to produce heavy rainfall and considerable flooding near the central Gulf Coast through the middle of next week.  Flash, urban, and rapid onset flooding along small streams and minor to moderate flooding on rivers are likely.

Swells will spread northward along the west-central coast of Florida and reach the Florida Panhandle and the northern Gulf Coast during the next couple of days. These swells are likely to cause life-threatening surf and rip current conditions.

A tornado is possible overnight along the south Florida Gulf Coast.