A turn toward the north with a decrease in forward speed is forecast on Monday, September 14, followed by a northeast motion Monday night (LT) and Tuesday.

The center of Paulette is expected to move near or over Bermuda Monday morning (LT), possibly as a Category 2 hurricane or even Category 3.

If Paulette makes landfall in Bermuda, it will be their first landfall since October 2014 hurricanes Fay and Gozalo. 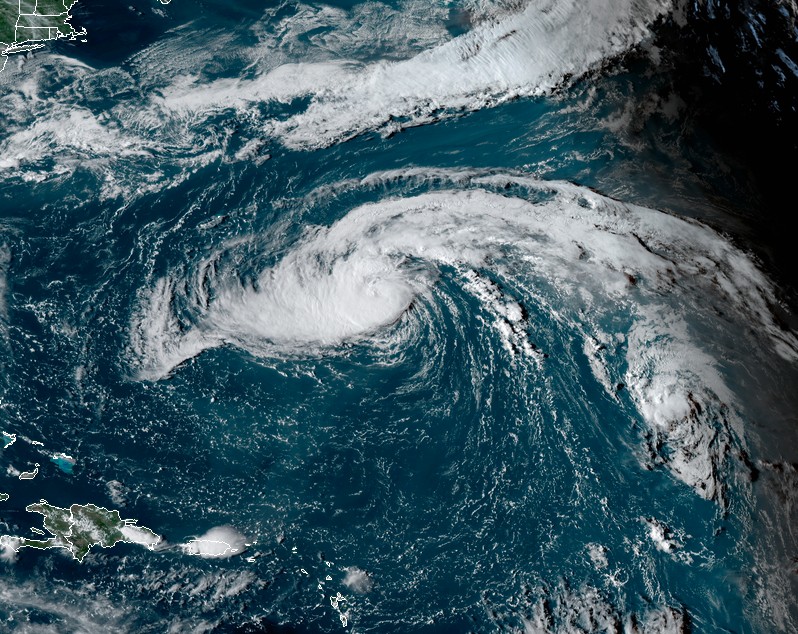 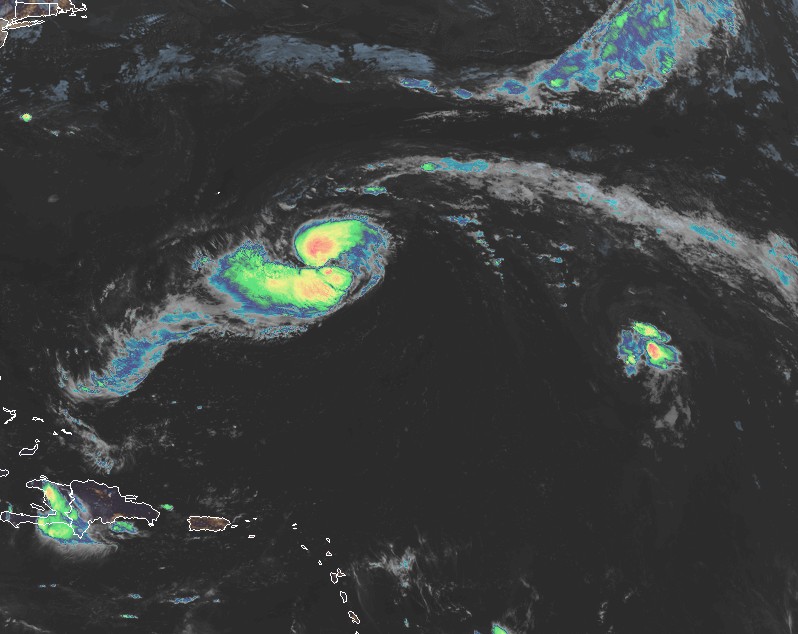 "Paulette appears to be getting more vertically aligned as the shear that has affected the cyclone for the past several days slowly decreases," NHC forecaster Zelinsky noted.

"Further intensification appears likely through early Monday given the warm sea surface temperatures below Paulette and favorable upper-air environment that is expected to develop around the cyclone. Dry air in the surrounding environment could be a limiting factor, but all of the intensity guidance continues to indicate that Paulette will be a dangerous hurricane when it approaches Bermuda late Sunday and early Monday."

"Further intensification will then be possible for another day or so after the hurricane begins to move away from Bermuda and it could be near major hurricane strength by the middle of next week." 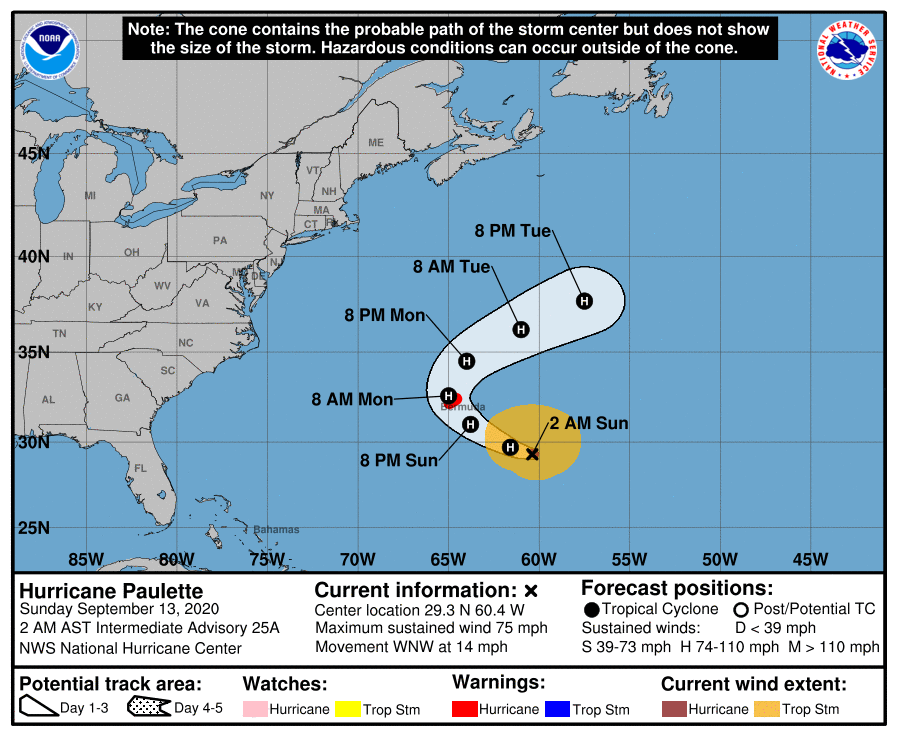 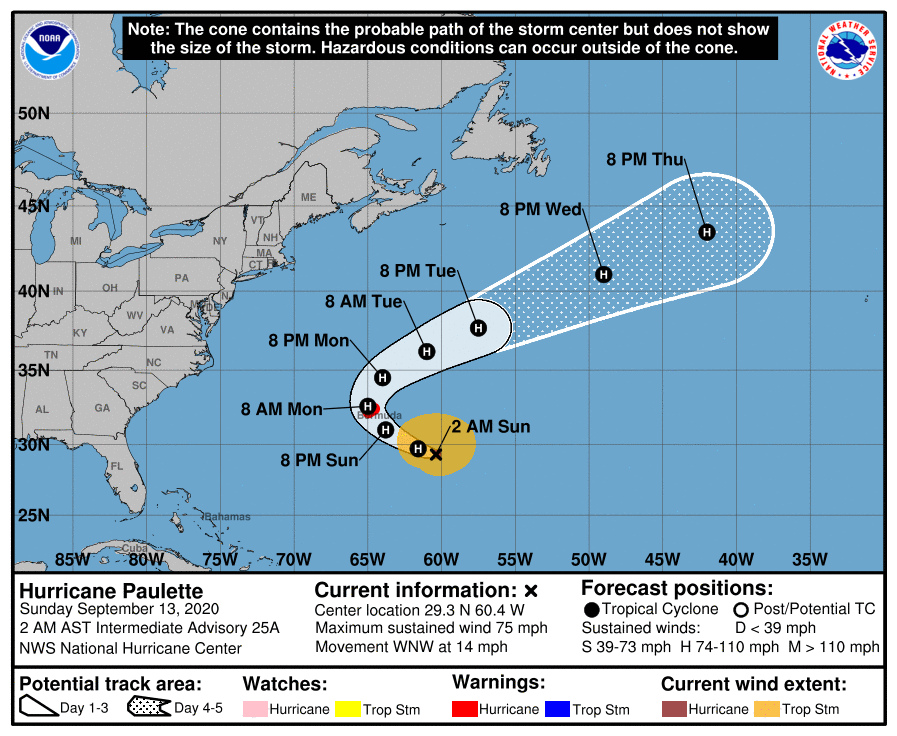 Hurricane conditions are expected to reach Bermuda by Sunday night or early Monday (AST).  Winds are expected to first reach tropical storm strength this afternoon or evening, making outside preparations difficult or dangerous. Preparations to protect life and property should be rushed to completion, NHC said.

A dangerous storm surge is expected to produce significant coastal flooding on Bermuda in areas of onshore winds. Near the coast, the surge will be accompanied by large and destructive waves.

Paulette will likely bring periods of heavy rain to Bermuda today through Monday, with rainfall of 75 – 150 mm (3 to 6 inches) likely.

Swells generated by Paulette are affecting portions of the Leeward Islands, the Greater Antilles, the Bahamas, Bermuda, and the east coast of the United States. These swells are likely to cause life-threatening surf and rip current conditions.