Tropical Storm "Genevieve" formed south of Mexico at 21:00 UTC on August 16, 2020,  as the 7th named storm of the 2020 eastern Pacific hurricane season. The system is rapidly strengthening and is expected to become a major hurricane by August 18.

There are currently no coastal watches or warnings in effect but interests in the southern Baja California peninsula should monitor the storm.

A NW motion with a gradual reduction in forward speed is expected to begin on Tuesday, August 18 and continue through at least early Thursday, August 20. 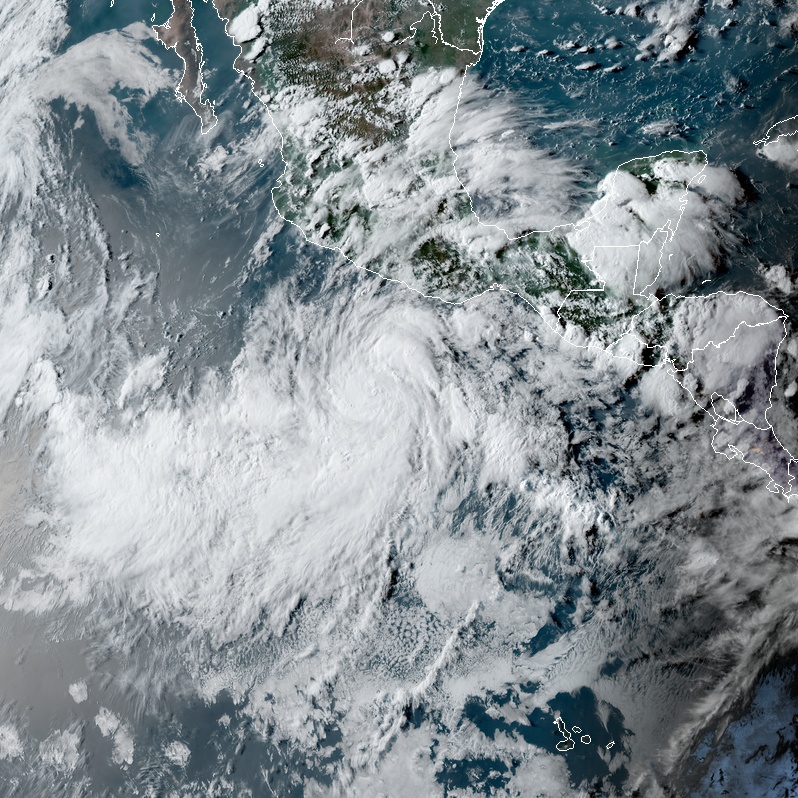 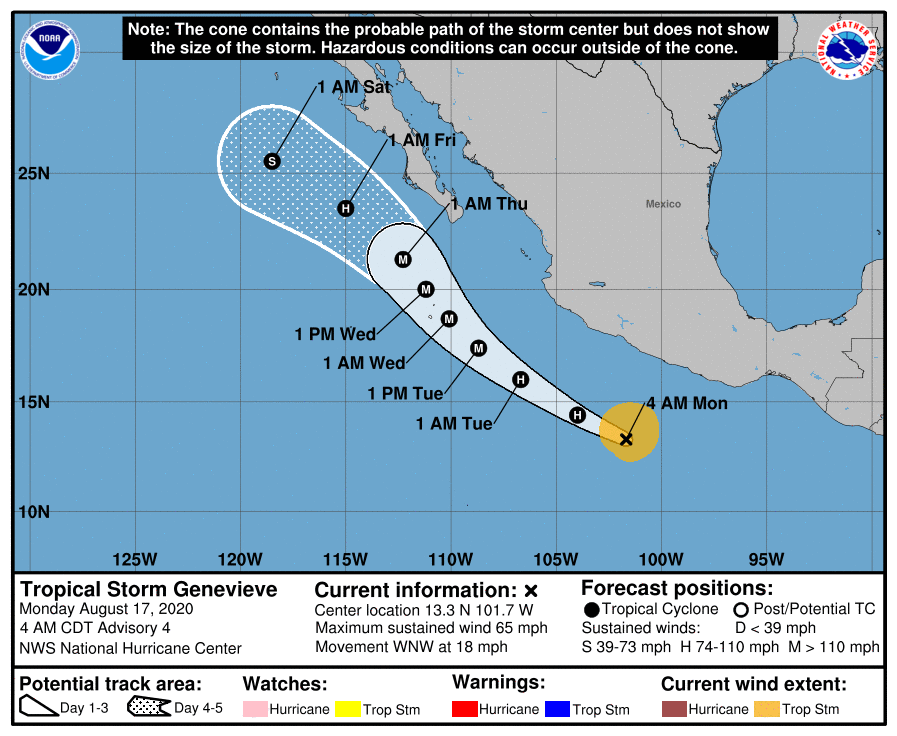 On the forecast track, the center of Genevieve is expected to move parallel to but well offshore the coast of southwest Mexico during the next few days.

Rapid strengthening is anticipated during the next couple of days, and Genevieve is forecast to become a hurricane later today and a major hurricane by Tuesday, August 18.