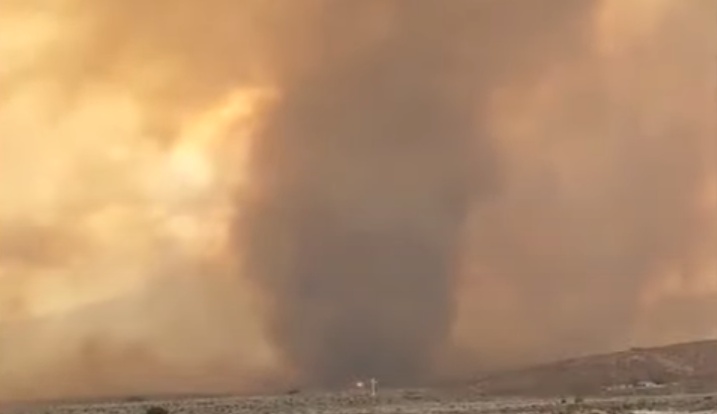 A fire tornado produced by the Loyalton Fire in Northern California forced the National Weather Service to issue its first-ever fire tornado warning on Saturday, August 15, 2020. At least five tornado-strength/scale vortices are likely to have occurred within just 2 hours.

The warning was issued by the NWS Reno office for residents in Lassen County, California at 14:35 PDT.

"At 02:28 PM PDT, a pyrocumulonimbus from the Loyalton Wildfire is capable of producing a fire-induced tornado and outflow winds in excess of 60 mph [96 km/h] was located south of Chilcoot near and to the east of the fire," NWS forecaster Wendell Hohmann wrote in the warning.

"It's probably the first time it’s been issued outside of a thunderstorm environment," Hohmann said. 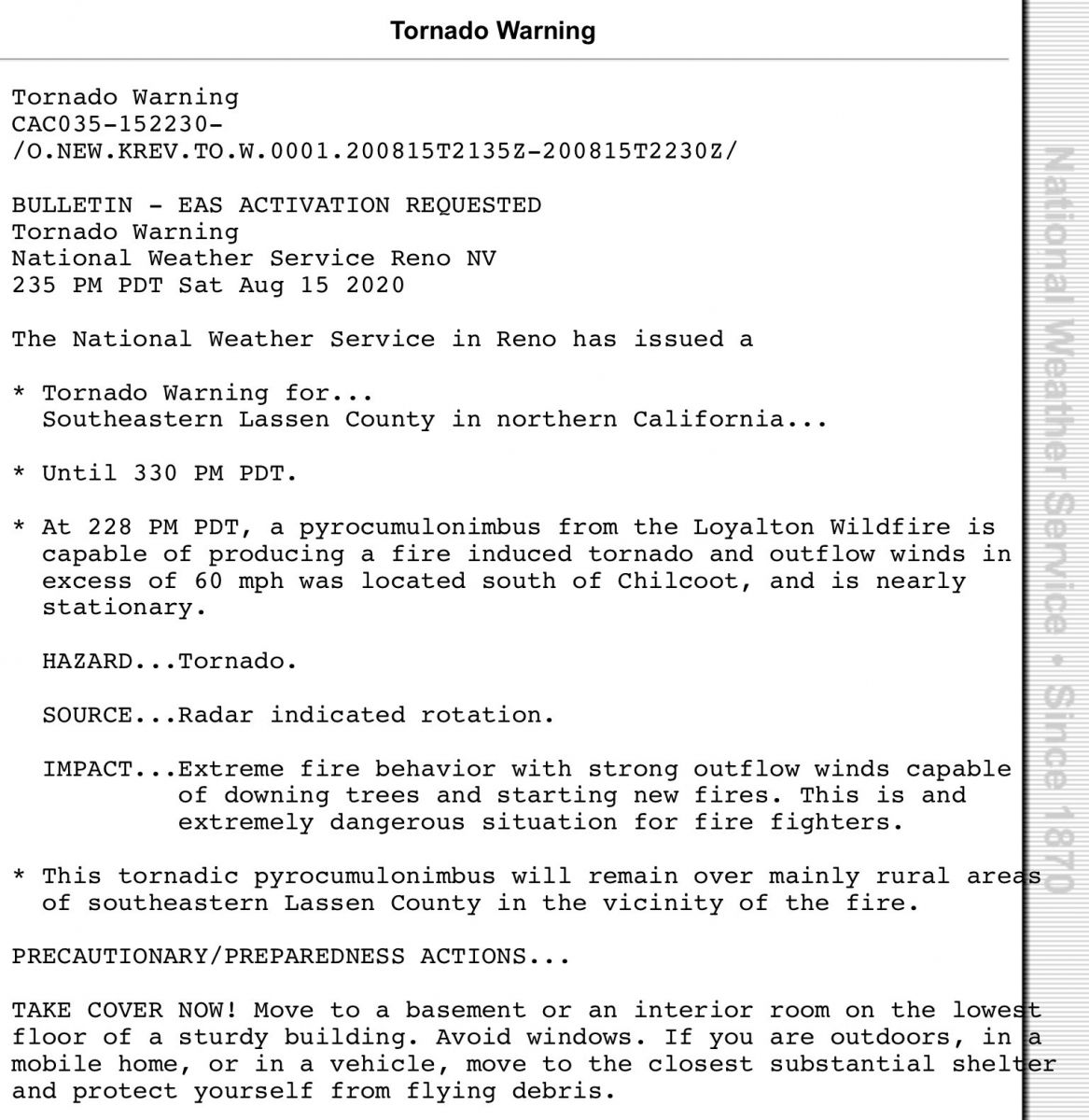 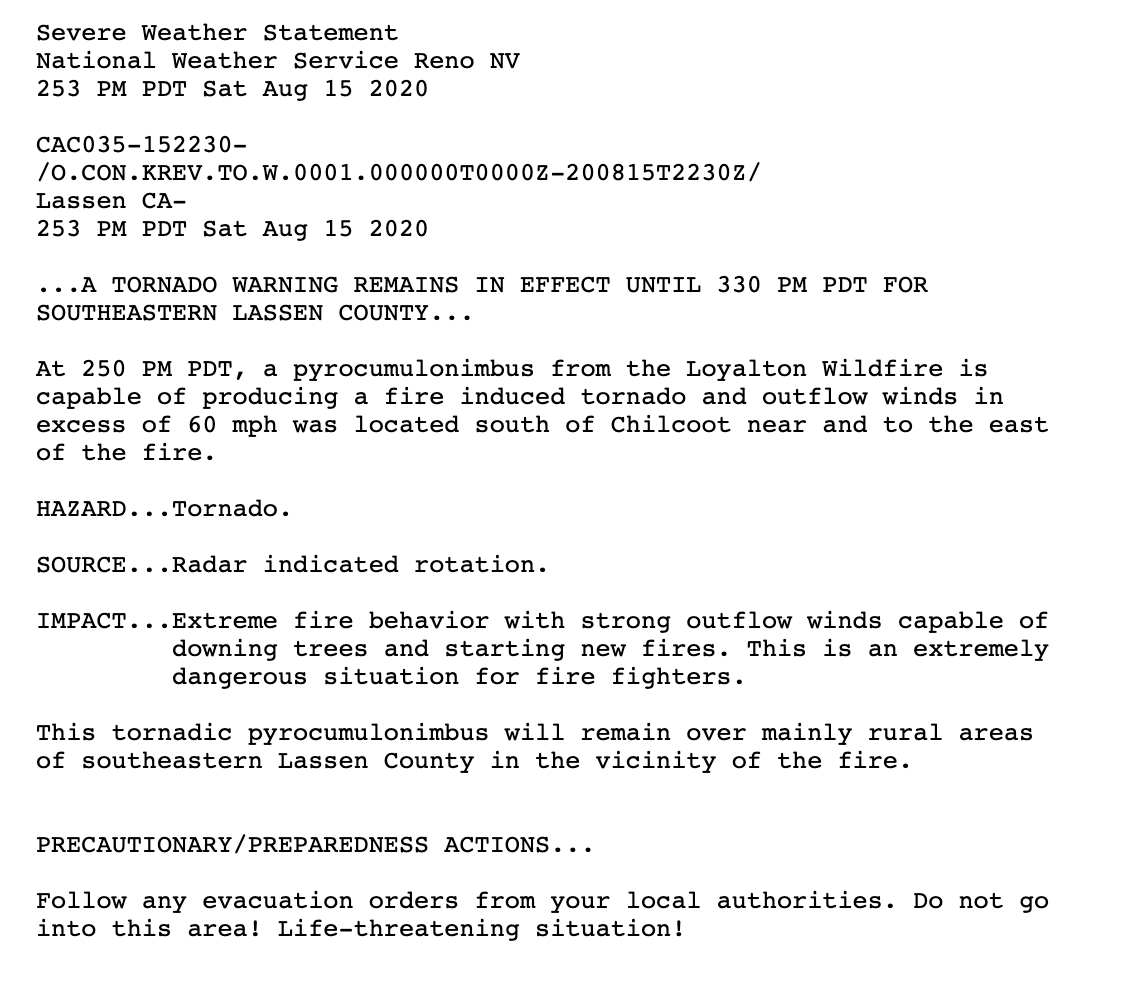 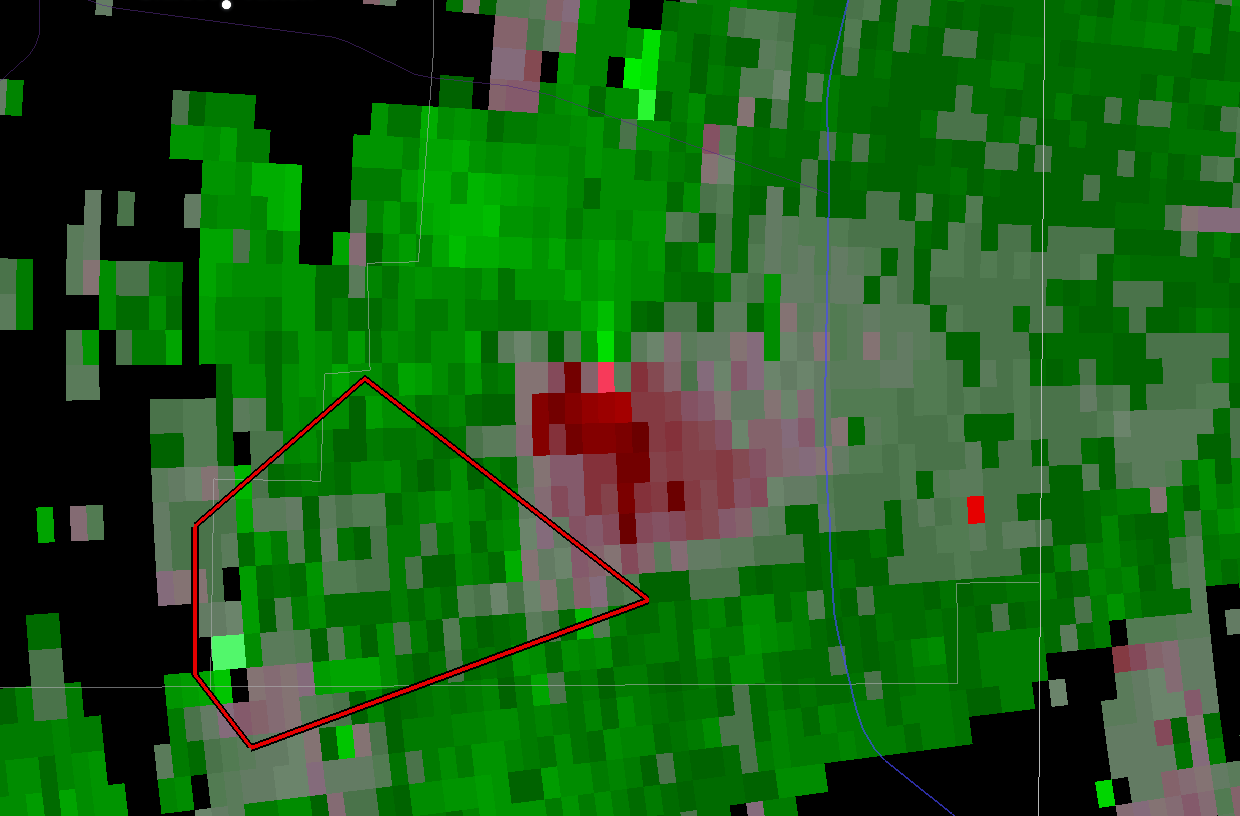 One hour time lapse from the @AlertWildfire Babbit Peak webcam of the #LoyaltonFire and it’s rotating pyrocumulus plume which resulted in a tornado warning being issued for the possibility of a fire induced tornado. @NWSReno @USTornadoes @Weather_West #CAwx #severeweather pic.twitter.com/XikyZU5uZt

Amazing shot of #LoyaltonFire pyrocumulonimbus just passed along to me by Alex Neigher (a fellow alumnus of @ucdavis Atmospheric Science, Class of 2011!). #CAwx #CAfire pic.twitter.com/vQbDrL7abo

For those wondering about the #FireTornado that occurred in #California earlier on, here's a brief explainer about what the heck happened.

CLOSE CALL. #TMFR Brush Engine 44 on scene earlier today as #LoyaltonFire jumped HWY 395 with vehicles stuck on the road. The crew provided protection and got the vehicles out of harms way. No injuries. pic.twitter.com/iDTWzXo7Y8

Residents worry as they watch the flames from the #LoyaltonFire burn closer to their homes in Cold Springs, NV. The fire has burned between 15,000 and 20,000 acres northwest of Reno according to @Tahoe_NF. pic.twitter.com/9bZ7TBMddE

The Loyalton Fire started east of the town of Loyalton and southwest of Mount Ina Coolbrith on Friday, August 14, at approximately 16:30 LT and is burning north and east adjacent to the areas of Beckwourth Pass and Hallelujah Junction.

A Mandatory Evacuation Order has been issued for residents from the intersection of Red Rock Road (California) and Hwy 395 to the State line, Scott Road on the north side of Hwy 70, from the intersection of Hwy 49 and 70 east to Hwy 70 and Hwy 395, Hwy 395 south to the state line (this encompasses everything south of Hwy 70 and west of 395), Balls Canyon Road, Long Valley Road, Bordertown, and Copperfield.

The area remains under an extreme heat warning along with a Fire Weather Watch for thunderstorms, gusty outflow winds and possible dry lightning. Strong SW-W winds and unstable atmospheric conditions contributed to the extreme rate of spread and fire behavior.

Fire will continue to spread north, northeast, southeast, and east under the current wind pattern. The west flank will continue to back into wind and downhill. Possible erratic winds could be generated for thunderstorm outflows causing spread in all directions.