Genevieve underwent rapid intensification since it formed on August 16, and is now a Major Category 3 hurricane. This is the 7th named storm of the 2020 eastern Pacific hurricane season. Very heavy rain, thunderstorms, and strong winds are forecast over Baja California Sur, Colima, Jalisco, Michoacán, Nayarit, and Sinaloa states.

Large swells generated by this system are affecting portions of the coast of southern Mexico and will spread northward along the coast of Mexico to the Baja California peninsula through Thursday, August 20.

A turn toward the NW is expected this afternoon or tonight, with this motion continuing through Friday.

On the forecast track, the center of Genevieve is expected to move near but just southwest of the southern portion of the Baja California peninsula tonight and Thursday, and move away from the peninsula on Friday. 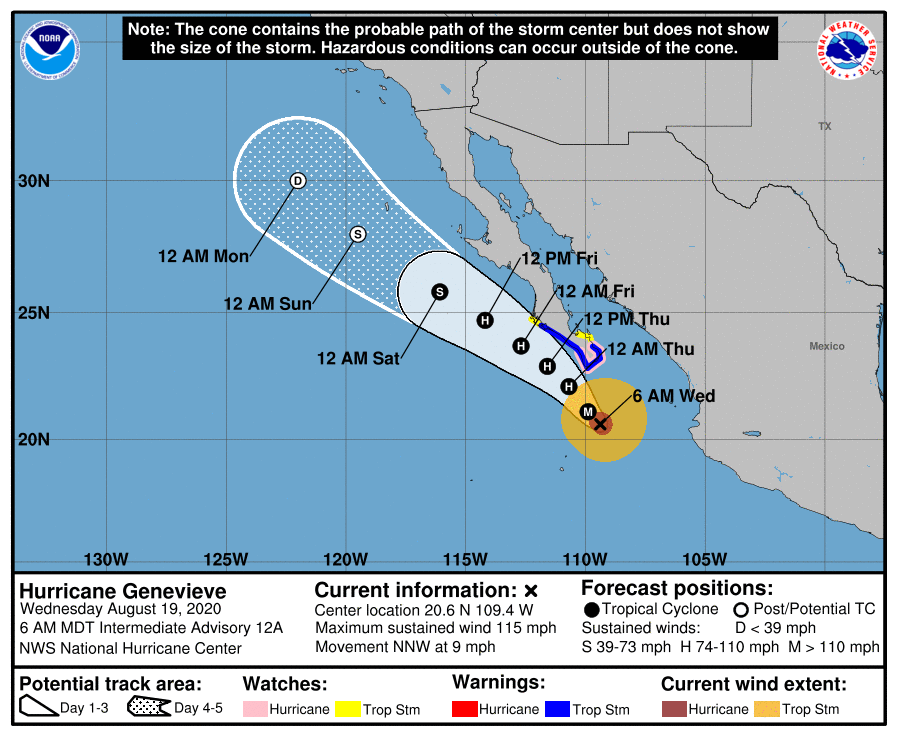 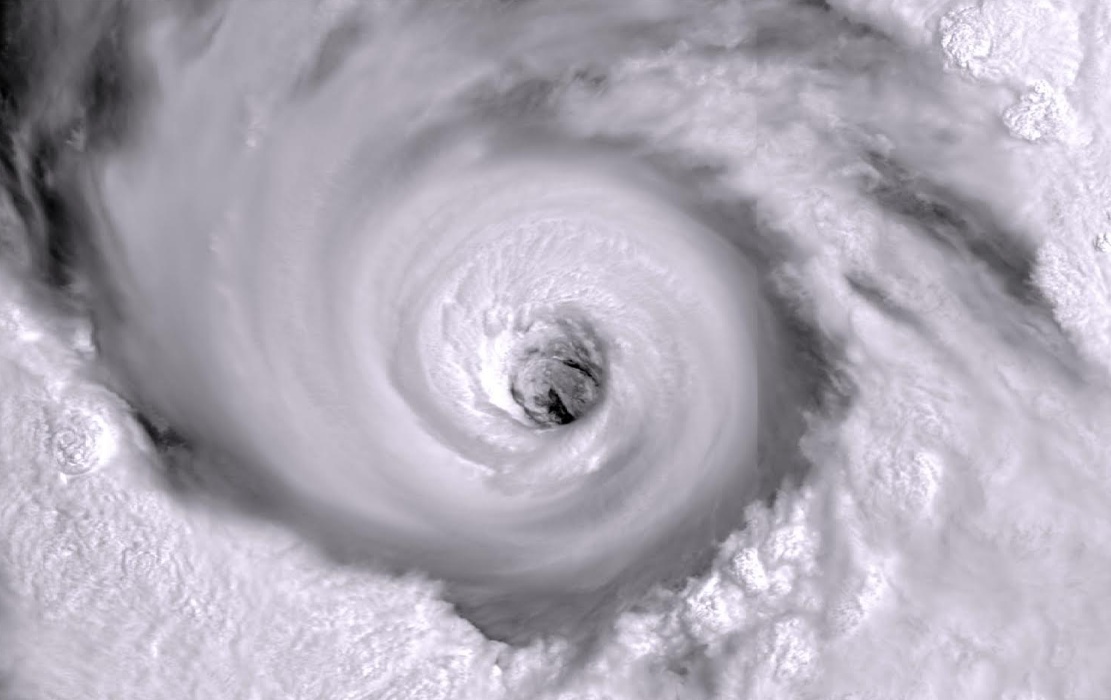 Infrared imagery hints that the hurricane may be undergoing an eyewall replacement cycle, NHC forecaster Beven said. However, there are no recent microwave data to confirm this.

The forecast track takes the center of Genevieve over steadily decreasing sea surface temperatures, especially after 12 hours, Beven added. This should cause rapid weakening to begin later today or tonight.

The new NHC intensity forecast shows little change in strength during the first 12 hours due to the chance the hurricane may undergoing an eyewall replacement.  After that time, the forecast follows the rapid weakening trend of the previous forecast, with Genevieve likely to become post-tropical by 96 h and a remnant low by 120 h. The new forecast continues to lie above the intensity consensus. 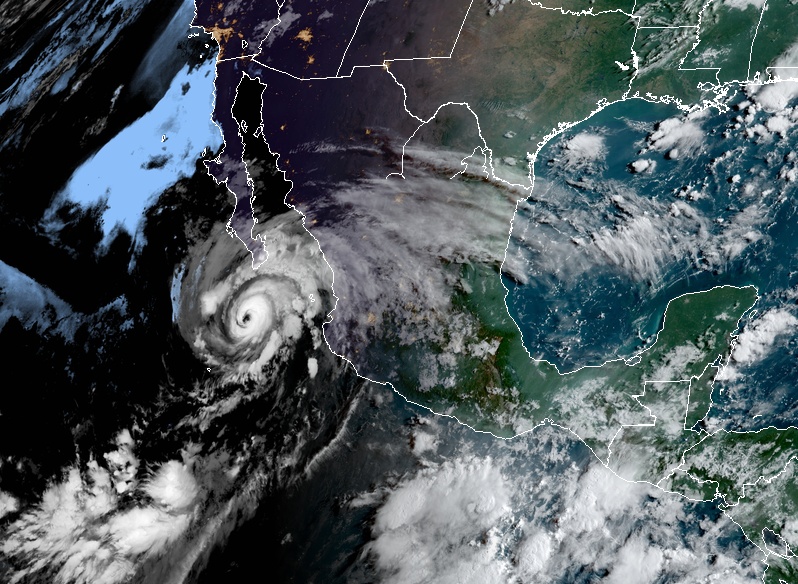 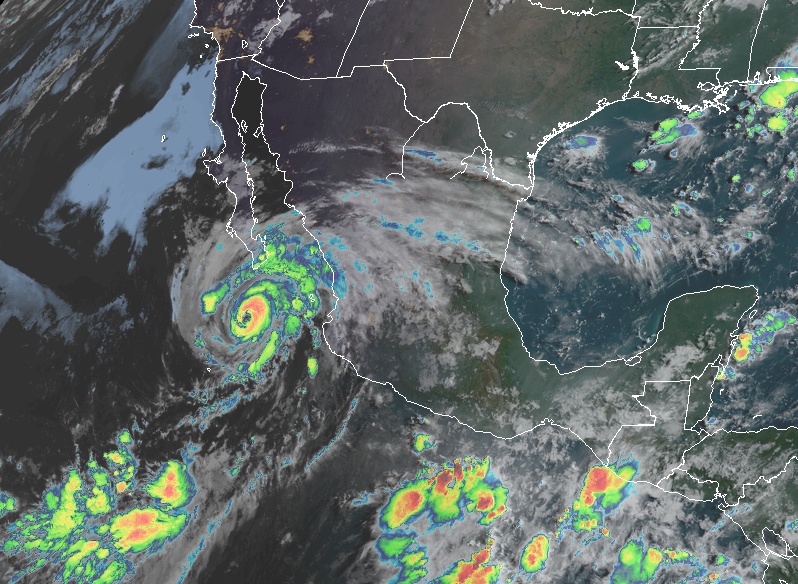 Genevieve is expected to produce rainfall amounts of 50 to 100 mm (2 to 4 inches) with isolated totals of 150 mm (6 inches) across southern portions of Baja California Sur.

Large swells produced by the storm are already affecting portions of the southern coast of Mexico and will spread northward along the southwestern and west-central coast of Mexico to the Baja California peninsula through Thursday.