Tropical Storm "Cristina" formed in the eastern Pacific Ocean at 03:00 UTC on July 7, 2020, well away from the coast of Mexico, as the third named storm of the 2020 Pacific hurricane season. Cristina is expected to become the season's first hurricane, possibly a major one. There are currently no hazards affecting land and no coastal watches or warnings in effect.

The system is moving toward the WNW near 24 km/h (15 mph), and this general motion is expected to continue during the next few days, keeping the cyclone well away from the coast of Mexico.

Further strengthening is forecast during the next 72 hours, and Cristina is forecast to become a hurricane on Wednesday, July 8. This will be the season's first hurricane. 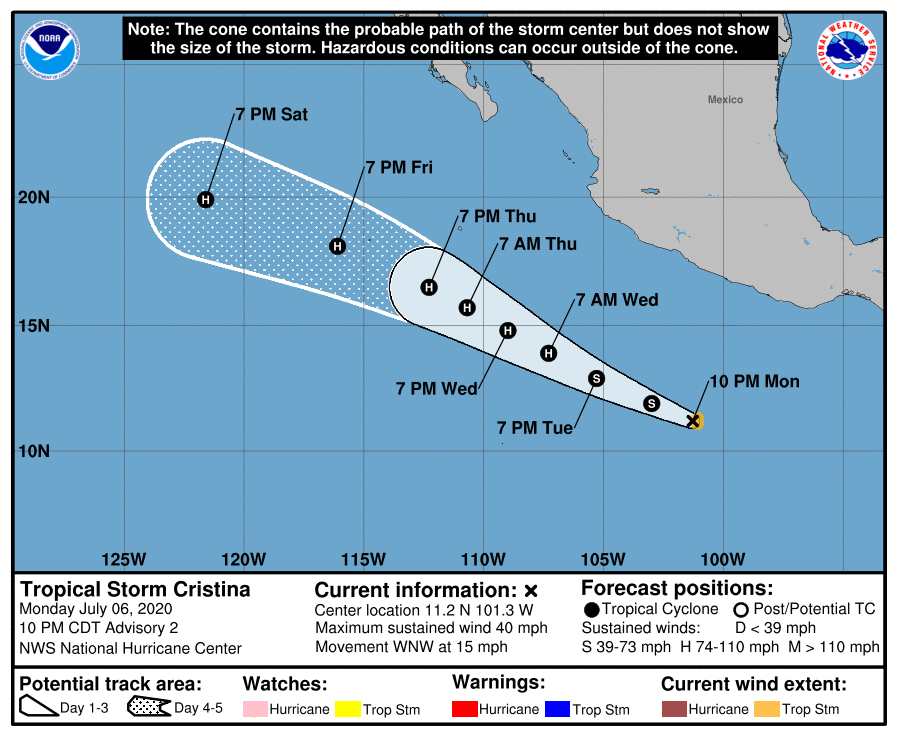 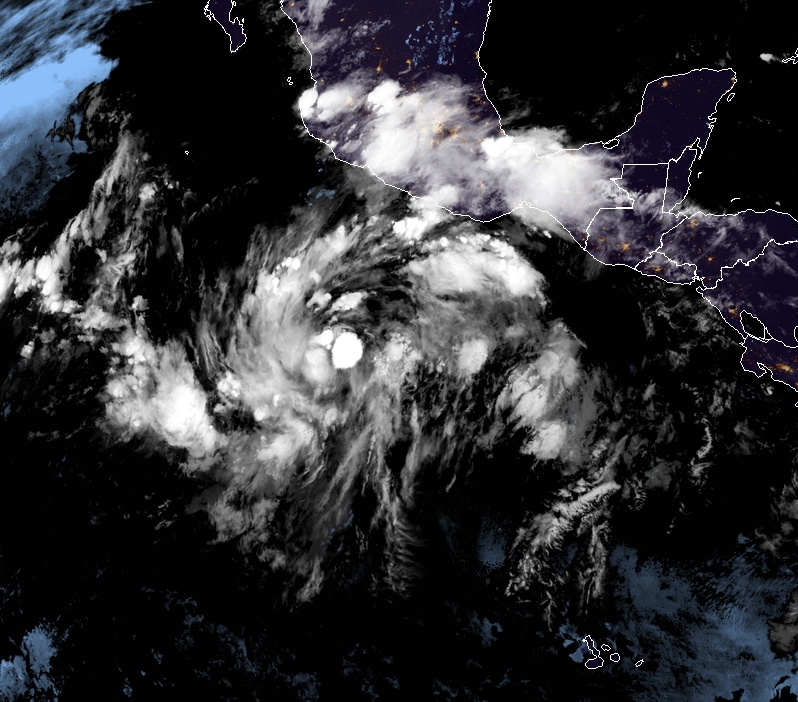 The small inner-core eye-like feature and the expected low vertical shear and impressive upper-level outflow conditions suggest that rapid intensification could occur at some point during that time.

However, recent entrainment of dry mid-level air into the eastern semicircle has eroded convection in that part of the circulation, and the dry air may have even penetrated into and disrupted the inner core itself, NHC forecaster Stewart noted.

Significant weakening should be well underway by July 12 when Cristina will be moving over 24 °C (75.2 °F) sea-surface temperatures.