Tropical Storm "Fay" formed at 21:00 UTC on July 9, 2020, just off the coast of North Carolina, U.S. as the 6th named storm of the 2020 Atlantic hurricane season. The center of Fay is forecast to move near the Mid-Atlantic coast today and move inland over the mid-Atlantic or the northeast United States late tonight or on Saturday, July 11, bringing heavy rain and strong winds.

Impacts from this system will extend across parts of the Mid-Atlantic into Southern New England including moderate to locally heavy rainfall and flash flood potential near and north of its track, gusty winds, and rough surf along the coast, NWS said.

A Tropical Storm Warning is in effect for Cape May, New Jersey to Watch Hill, Rhode Island, including Long Island and Long Island Sound.

A northward to north-northeastward motion at a faster forward speed is expected over the next couple of days, NWS forecaster Pasch noted.

On the forecast track, the center of Fay is forecast to move near the Mid-Atlantic coast today and move inland over the mid-Atlantic or the northeast United States late tonight (LT) or on Saturday, July 10.

Little change in strength is forecast today and tonight while the center remains over water.  Weakening should begin after the center moves inland. 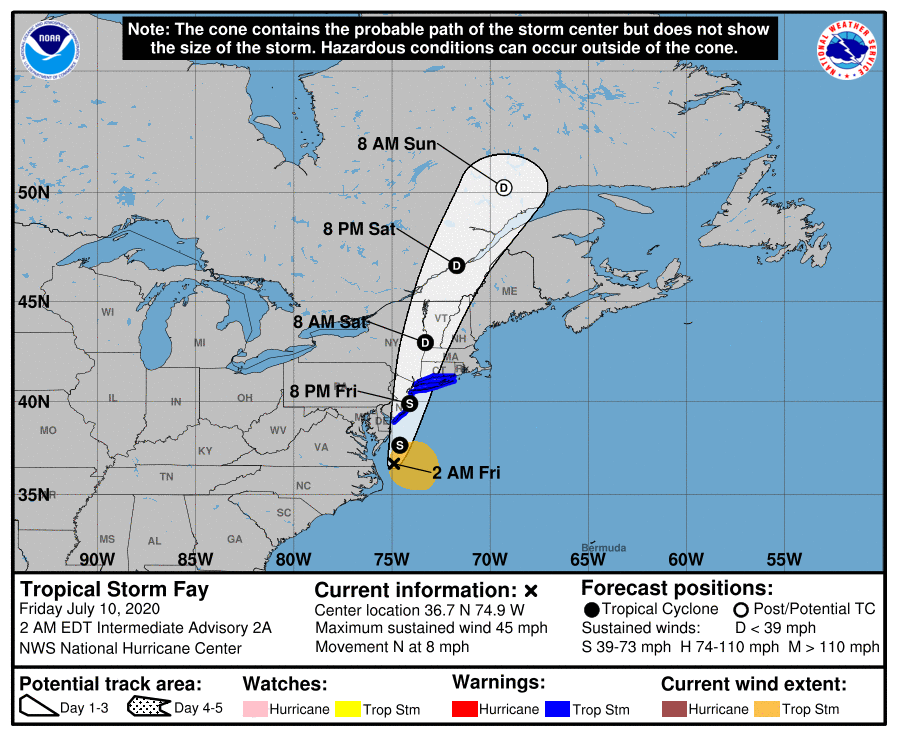 Fay is expected to produce 75 – 125 mm (3 to 5 inches) of rain with isolated maxima of 205 mm (8 inches) along and near its track across the Mid-Atlantic states into southeast New York and southern New England.

These rains may result in flash flooding where the heaviest amounts occur.

Minor flooding is possible along the coast for portions of the Tropical Storm Warning area. 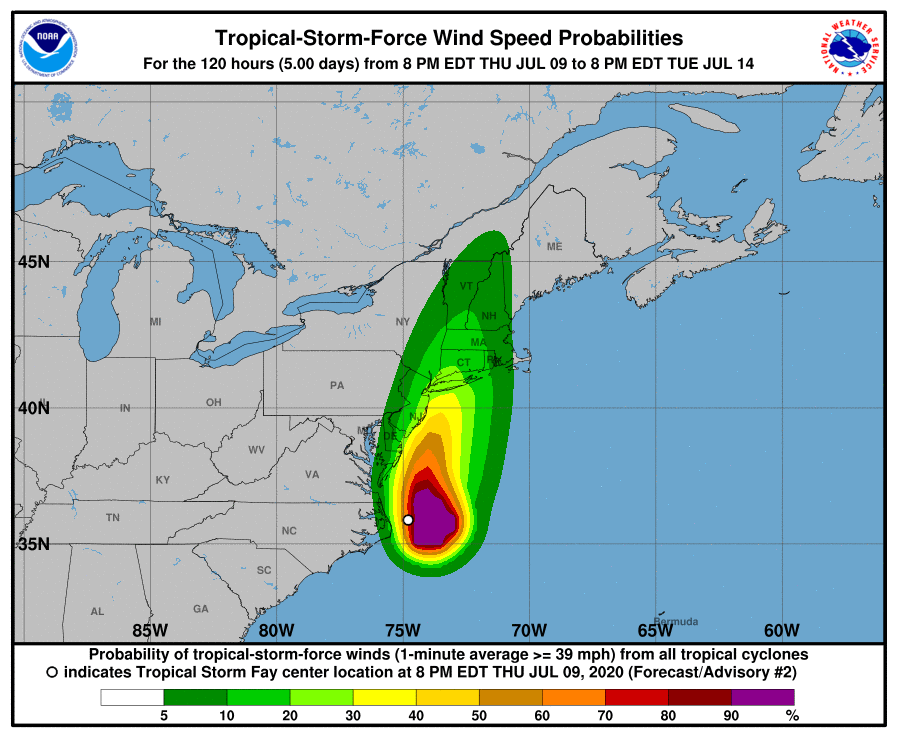 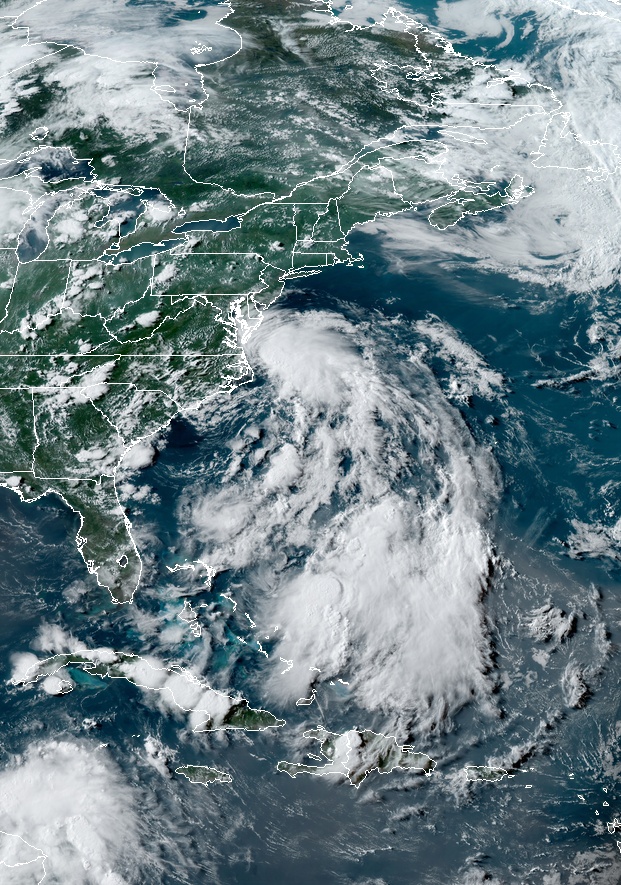 According to Dr. Philip Klotzbach, a meteorologist at CSU specializing in Atlantic basin seasonal hurricane forecasts, the first 5 Atlantic named storms of 2020 generated a measly 6.7 ACE (Accumulated Cyclone Energy — ACE — an integrated metric that accounts for intensity and duration).

Basically, the first 5 Atlantic named storms of 2020 have been quite weak and of relatively short duration, Klotzbach noted.

The Colorado State University (CSU) has chosen 6 analogs for its July seasonal hurricane forecast: 1966, 1995, 2003, 2008, 2011, and 2016. All of these years had above-average Atlantic hurricane activity and were generally characterized by cool neutral ENSO or La Nina conditions and warm tropical Atlantic.

Another reason for the active CSU Atlantic hurricane season forecast is odds of El Nino this summer/fall are extremely low. Tropical eastern and central Pacific remain cooler than normal. Atmospheric circulation is looking more La Nina-like with suppressed convection near the dateline.