A rare meteotsunami formed in the Upper Chesapeake Bay in Virginia on Monday, July 6, 2020. It occurred as intense storms moved through the region, which included hail and strong winds.

"If you happened to be near the Chesapeake Bay near Tolchester Beach yesterday you would have noticed an interesting phenomenon! We had a meteotsunami occur with the passing thunderstorms," they wrote.

NWS explained that from the chart they posted, "you can see a quick rise and subsequent fall along with several smaller waves following the initial disturbance.

"This is the classic meteotsunami signature with a tsunami wave followed by several smaller waves in response. However, this wasn't seismic," they added.

"This can happen when strong enough thunderstorms create a substantial pressure difference over waters." 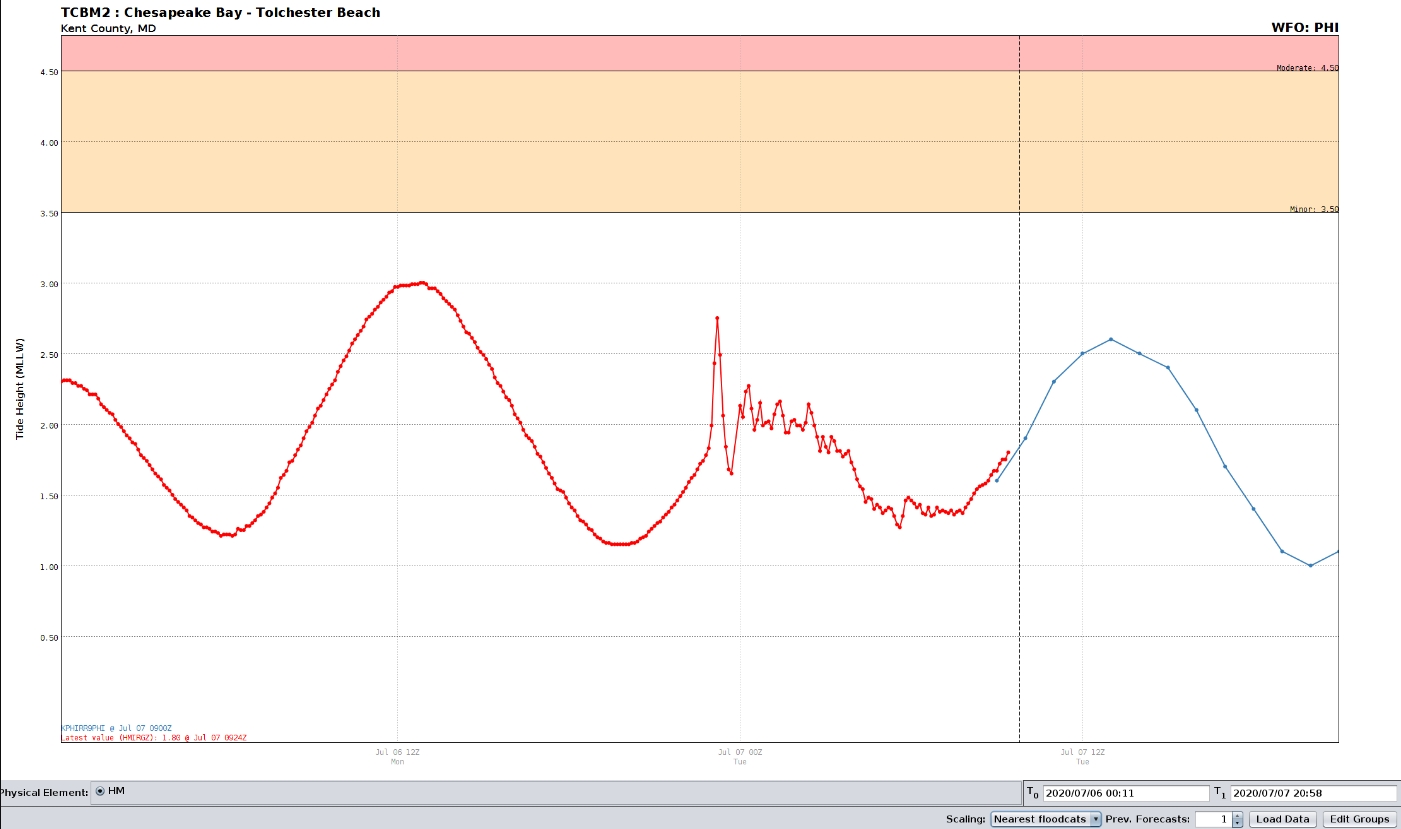 It was a tsunami wave brought on by air-pressure disturbances usually associated with fast-moving weather events– such as severe thunderstorms, squalls, and other storm fronts– and not by seismic activity.

The National Oceanic and Atmospheric Administration (NOAA) explained that the storm generates a wave that moves towards the shore, "and is amplified by a shallow continental shelf and inlet, bay, or other coastal feature."

According to Tolchester Marina folks, the storm was extremely intense that wind gusts damaged a 6 m (20 feet) flagpole. One of the boaters' wind instrument recorded a gust of under 113 km/h (70 mph).

The last suspected meteotsunami on the mid-Atlantic coast was back in 2013, which was caused by a derecho. The phenomenon is difficult to predict, so NOAA and NWS have been studying it to enforce a warning system.

On Thursday, July 9, NWS Mount Holly warned that a coastal low will bring potentially heavy rains across the region on Friday, July 10.

There is also an elevated risk for the development of hazardous rip currents along the Delaware Beaches and the New Jersey Shore into Saturday, July 11.