According to Bingol Governor's Office, one person — a village guard — was killed, and two others injured after two observation towers collapsed. Seven others were rescued from the wreckage, the Daily Sabah reports.

In total, 18 people were injured but no one critical.

The tremor reportedly lasted 8 to 10 seconds. 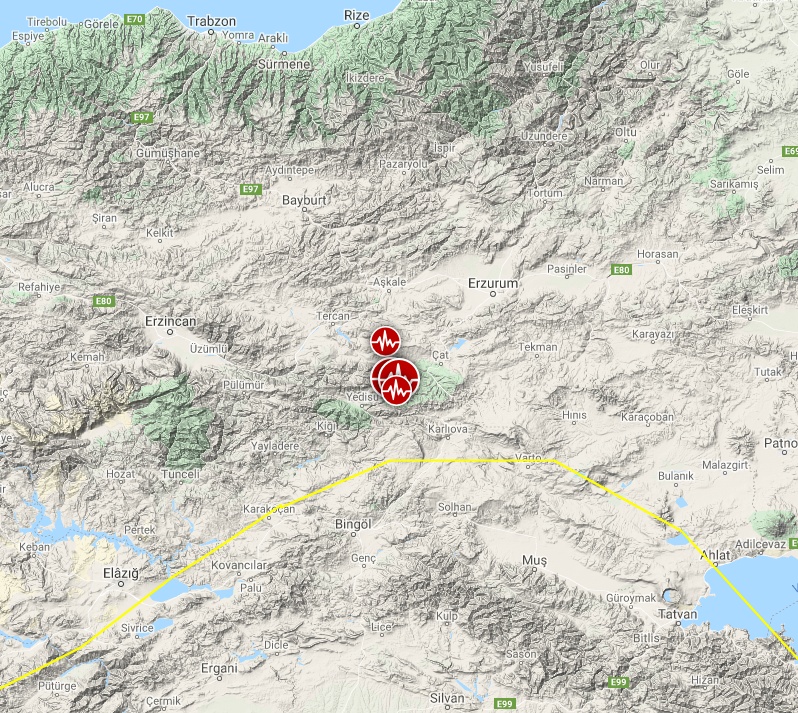 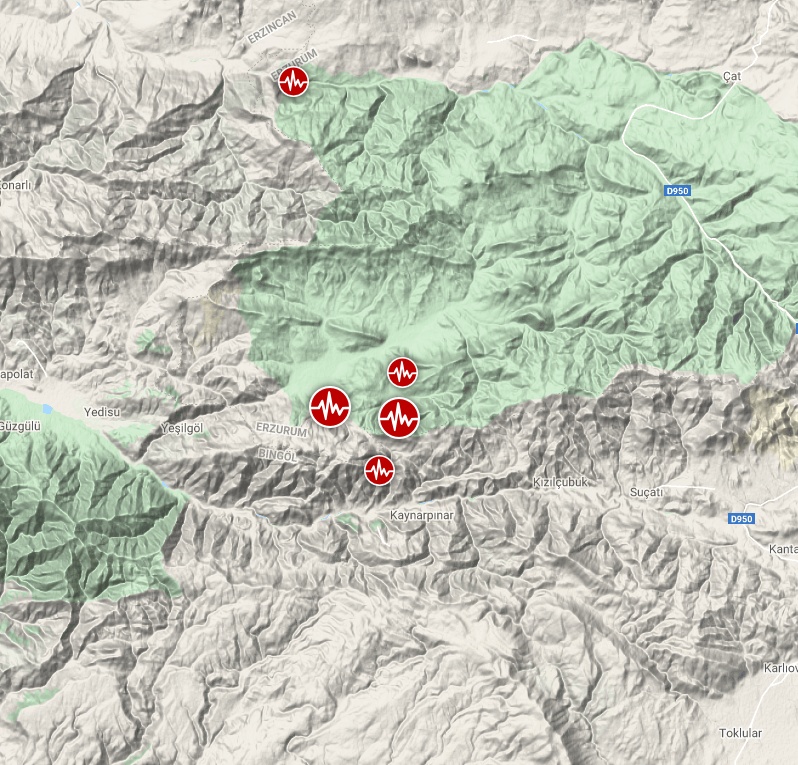 Director of the Dokuz Eylül University Earthquake Research Center, Hasan Sözbilir, said that the two eastern branches of the North Anatolian Fault (NAF) started to trigger earthquakes, adding that the fault has the potential to create earthquakes up to a magnitude of 6.9.

"Faults were triggered. Aftershocks resumed along the Elmalıdere line, which began to break with Sunday’s 5.7 magnitude earthquakes. It is crucial not to enter houses with serious damages. There has been a dangerous degree of seismic activity in the region located between Erzincan and Karlıova," Sözbilir said.

The right-lateral, strike-slip North Anatolia Fault accommodates much of the westwards motion between the Anatolia Block and Eurasia Plate. Between 1939 and 1999, a series of devastating M7.0+ strike-slip earthquakes propagated westwards along the North Anatolia Fault system. The westernmost of these earthquakes was the 17th August 1999, M7.6 Izmit earthquake, near the Sea of Marmara, which killed approximately 17 000 people.