The American Meteor Society (AMS) received two reports about the event from Port Hedland and Exmouth, but according to Glen Nagle from the CSIRO-NASA tracking station in Canberra, there were also reports of sightings as far as Northern Territory and South Australia.

"It was really a spectacular observation," Nagle said. "People have captured something very special here."

WARNING: This video contains strong language that may be unsuitable for younger audiences. Viewer discretion advised.

Some astronomy enthusiasts speculated that the object could have been remnants of a recently-launched rocket. Renae Sayers from Curtin University's Space, Science, and Technology Center remarked that it was most probably a natural object. 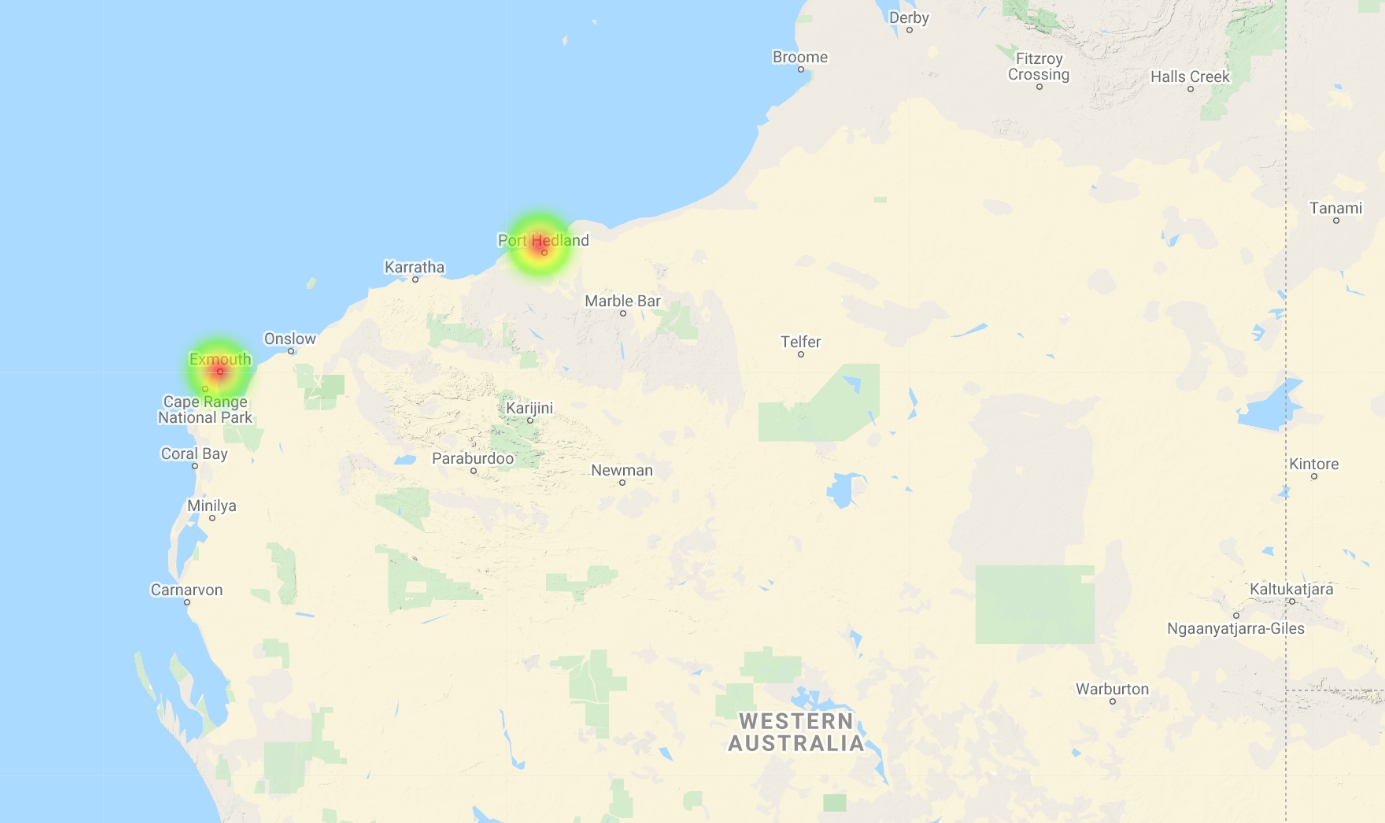 "It's absolutely stunning," she said. "It's a ball of green… what you are seeling is a giant flash of light, it's almost like a ball with this gorgeous long tail."

"This is due to the fact that there is stuff burning up– so you've got solar panels going all over the place, you've got hunks of metal moving around as it's burning up through our atmosphere."

She continued, "[But] this is quite a clean shot– it was quite a strong line, we didn't see too much fragmentation."

"The reason why this is really interesting and the jury is out with our scientists, is that earlier this year we shared a paper of a grazing fireball that actually entered our atmosphere, burned 1 300 km (808 miles) across the Australian sky and kicked back out into interstellar space, and that's what this looked like as well."

FIFO worker Miller Frunks, who captured the spectacular event on camera, said he and a colleague were driving to a job in Port Hedland when they saw the green fireball blazing across the sky.

"It shocked us all at first because none of us had ever seen [anything] like that."

"So we pulled over and after some frantic searching for our phones started recording. I was unsure of what it was at first, but the running joke was ‘aliens’.

"After a bit of processing, sharing the video, and discussing what happened with some other co-workers, we knew it must have been a meteor."

"All of us were absolutely blown away by the brightness and the color."

When you come across a meteor whilst on burglary patrols #fb pic.twitter.com/pr9nEJkN2z

Matt Woods from the Perth Observatory said the green color was due to the magnesium from the object burning up as it entered the atmosphere, adding that it was likely traveling between 16 to 50 km/s (4 to 14 mps). "So that’s like going from the Perth Hills to the CBD in a second."

"It is freezing and as it hits the atmosphere it warms up and so the outer layers melt."

He added, "It’s like rubbing your hands together, it is due to friction and that is where you get the brightness and color from."

Woods also noted that from observing the video, it appeared that the fireball burned up before it hit the Earth.