Astronomers have discovered a potentially habitable exoplanet and its star– both with striking similarities to the Earth and our Sun. The exoplanet candidate called KOI-456.04, which is about 1.9 times the size of ours, is at the right distance from its star, which allows for the presence of surface water– one of the ecological factors of known planetary habitability.

"It’s the combination of this less-than-double the size of the Earth planet and its solar-type host star that makes it so special and familiar," explained Dr. Rene Heller, the study's lead author.

If KOI-456.04's existence is confirmed by other telescopes, it would join the ranks of about 4 000 known exoplanets. 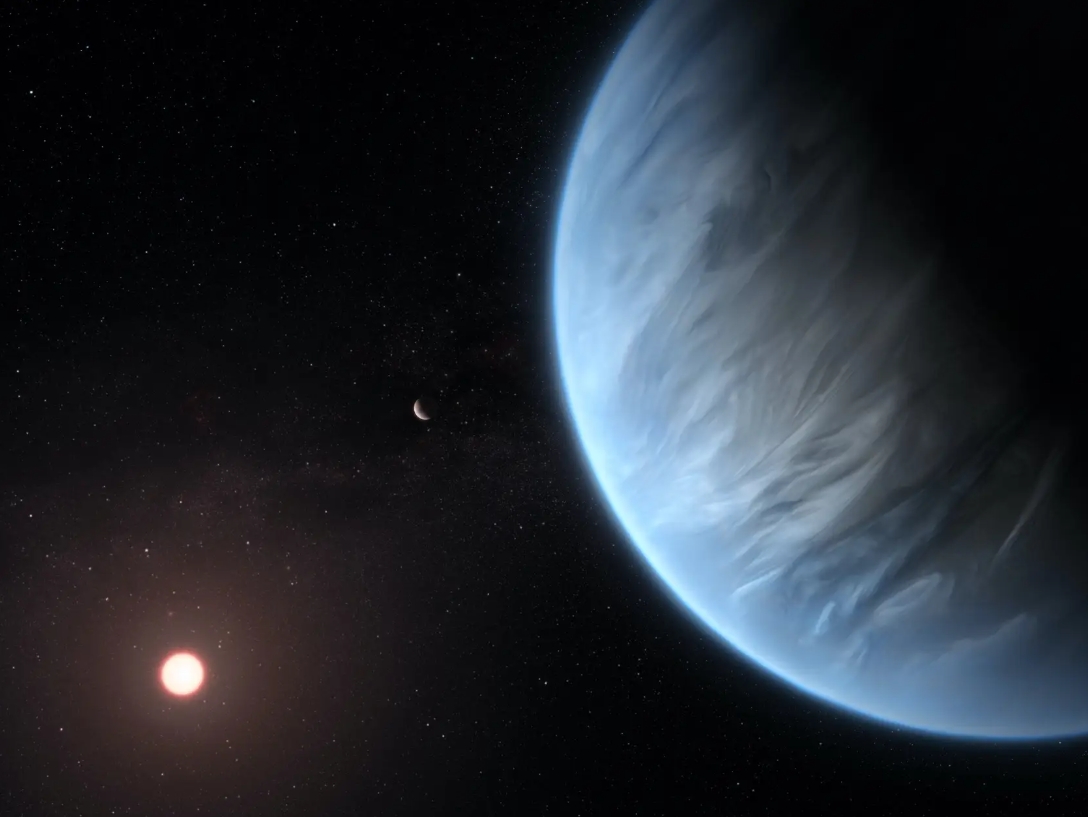 An artist's impression of exoplanet K2-18b, its host star, and an accompanying planet in the system. Image credit: ESA/Hubble, M. Kornmesser

One of the factors for an exoplanet to be considered habitable is that it must orbit a stable star at the right distance that keeps the temperature suitable for liquid water.

Most of the potentially habitable worlds discovered orbit red dwarf stars, which are not stable enough as such objects are smaller and fainter than the Sun, and they also emit infrared radiation.

Other exoplanets that orbit a Sun-like star, however, are much bigger than Earth, which tends to trap too much hydrogen in the atmospheres. Also, such gas planets do not hold liquid water.

Since KOI-456.04 is less than twice the size of the Earth, it could mean that its atmospheric conditions are the same as ours. The exoplanet's star is 1.1 times the size of our Sun and has a surface temperature of only 300 °C (540 °F) less than the Sun. 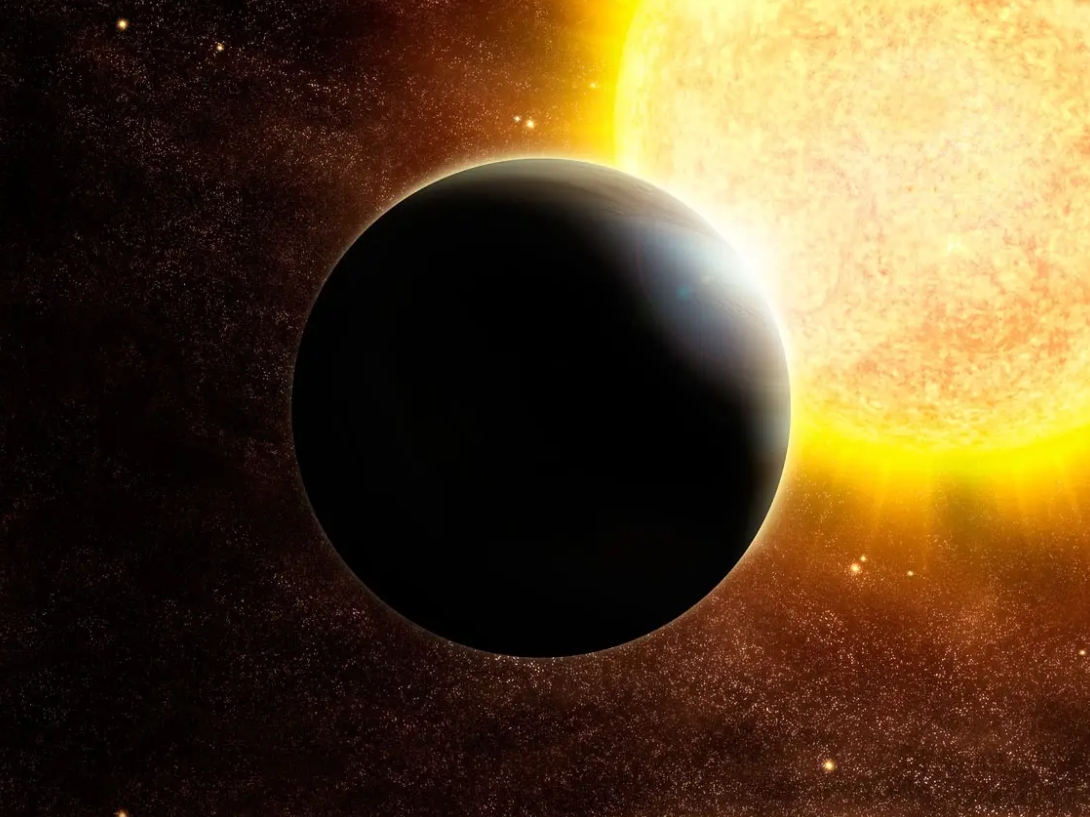 A rendering of a gas-giant exoplanet and its star. Image credit: ESO/NASA

The system is just about 3 000 light-years away from our solar system so space telescopes in the future could examine the planet candidate further. 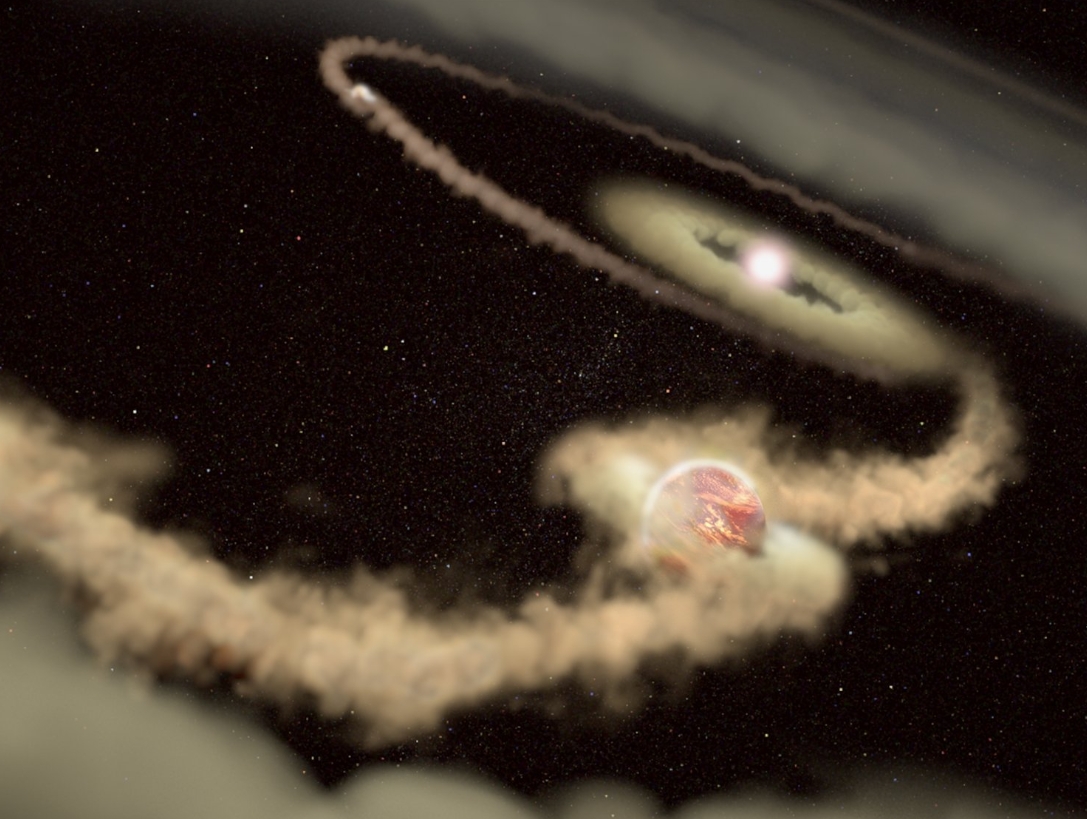 NASA, ESA, and the Canadian Space Agency plan to launch the James Webb space telescope in 2021, while ESA's PLATO is set in 2026. These instruments will focus on searching for Earth-like planets orbiting stars like the Sun. 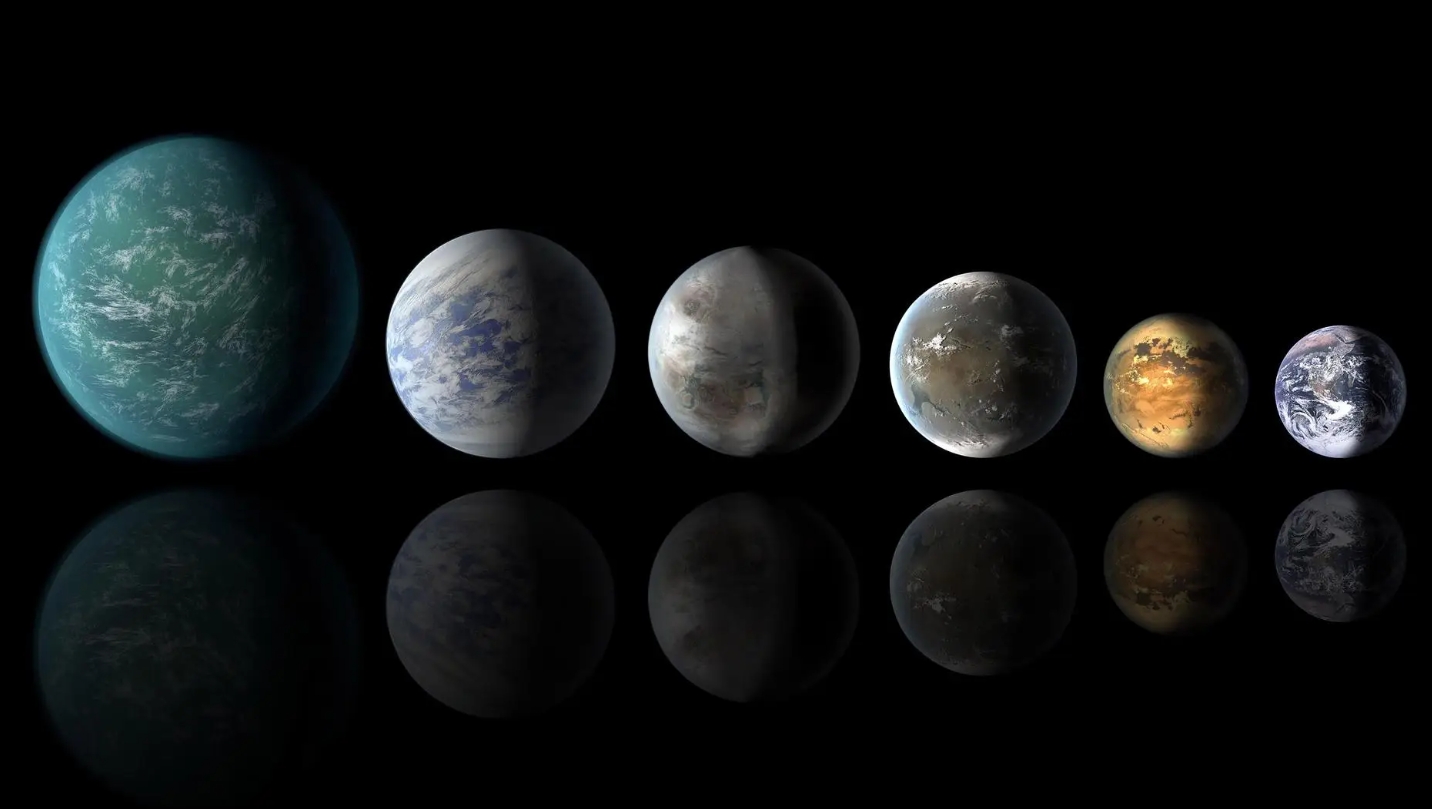 An artist’s illustration of a planetary lineup, showing habitable-zone planets with similarities to Earth: from left, Kepler-22b, Kepler-69c, Kepler-452b, Kepler-62f, and Kepler-186f. Last in line is Earth. Image credit: NASA/Ames/JPL-Caltech

The Sun-like star Kepler-160 (KOI-456) has been known to host two transiting planets, Kepler-160 b and c, of which planet c shows substantial transit-timing variations (TTVs). We studied the transit photometry and the TTVs of this system in our search for a suspected third planet. We used the archival Kepler photometry of Kepler-160 to search for additional transiting planets using a combination of our Wōtan detrending algorithm and our transit least-squares detection algorithm. We also used the Mercury N-body gravity code to study the orbital dynamics of the system in trying to explain the observed TTVs of planet c. First, we recovered the known transit series of planets Kepler-160 b and c. Then we found a new transiting candidate with a radius of 1.91−0.14+0.17 Earth radii (R⊕), an orbital period of 378.417−0.025+0.028 d, and Earth-like insolation. The vespa software predicts that this signal has an astrophysical false-positive probability of FPP3 = 1.8 × 10−3 when the multiplicity of the system is taken into account. Kepler vetting diagnostics yield a multiple event statistic of MES = 10.7, which corresponds to an ~85% reliability against false alarms due to instrumental artifacts such as rolling bands. We are also able to explain the observed TTVs of planet c with the presence of a previously unknown planet. The period and mass of this new planet, however, do not match the period and mass of the new transit candidate. Our Markov chain Monte Carlo simulations of the TTVs of Kepler-160 c can be conclusively explained by a new nontransiting planet with a mass between about 1 and 100 Earth masses and an orbital period between about 7 and 50 d. We conclude that Kepler-160 has at least three planets, one of which is the nontransiting planet Kepler-160 d. The expected stellar radial velocity amplitude caused by this new planet ranges between about 1 and 20 m s−1. We also find the super-Earth-sized transiting planet candidate KOI-456.04 in the habitable zone of this system, which could be the fourth planet.