Moderate effusive and strombolian activity continues from Etna's Voragine crater on January 29, 2020. From January 20 – 26, this activity was accompanied by ash emissions from the New Southeast Crater and Northeast Crater.

In addition, moderate seismic fracturing activity was observed during the same period, sustained infrasonic activity and medium to low levels os SO2, CO2 and HCl.

Strombolian activity at Voragine increased during the week, leading to a rapid growth of the cone, especially in its northern part. The explosions were only rarely accompanied by mild ash emissions.

At #Etna, eruptive activity is continuing at the summit craters Voragine, Northeast Crater, and New Southeast Crater. First photo taken on 23 Jan 2020; the other images are of the INGV-Osservatorio Etneo surveillance cameras, 21-22 Jan 2020 https://t.co/9VOJtHOyRb pic.twitter.com/04DclBxizh

On January 21 and 22, the New Southeast Crater produced several episodes of modest ash emission from the mouth that opened on December 11, 2019. The episodes lasted a few tens of minutes each, INGV reports.

The Northeast Crater was the site of discontinuous intracraterial Strombolian activity and periodic emissions of very diluted ash. 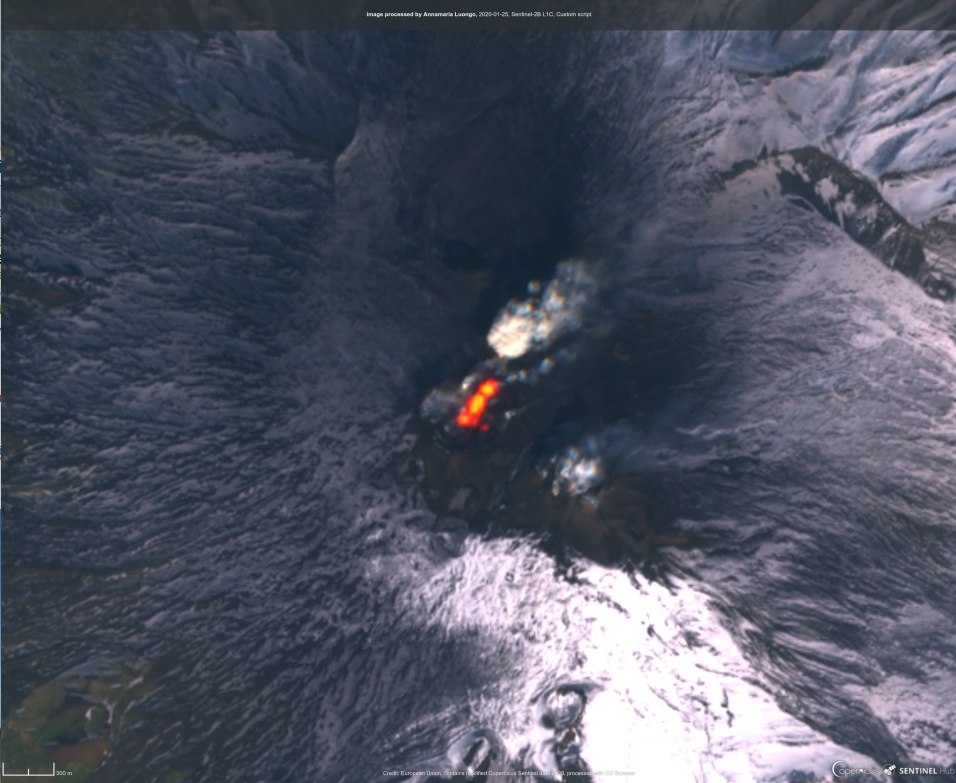 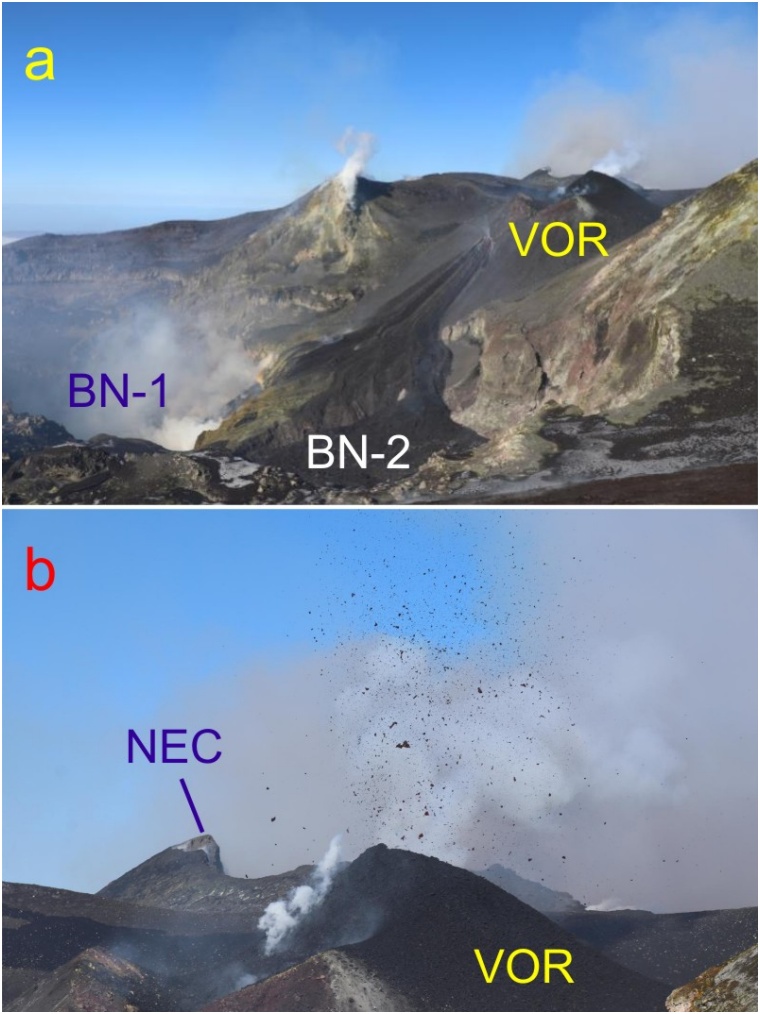 (a) View from the south-eastern edge of the Bocca Nuova towards the Voragine (VOR), with the lava flow which bridged the depression of the BN-2. (b) Detail of the growing VOR cone, seen from the same position. The western edge of the Northeast Crater (NEC) is in the background. The photos were taken by volcanological guide Vincenzo Greco on January 24, 2020. 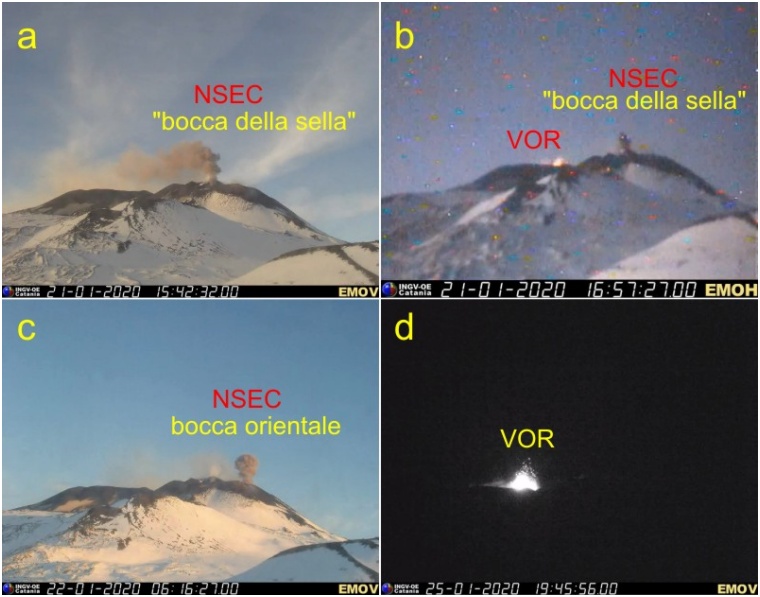 Eruptive activity at the New Southeast Crater (NSEC) and Voragine. Images by EMOV and EMOH visual surveillance cameras, both positioned on the Montagnola, on the top southern slope of Etna. Credit: INGV