Typhoon "Phanfone," known as Ursula in the Philippines, made its first landfall in Samar on Tuesday, December 24, 2019, with maximum sustained winds of 120 km/h (74 mph) and gusts to 150 km/h (94 mph) — Category 1 hurricane equivalent on the Saffir-Simpson Hurricane Wind Scale. In total, the typhoon made 7 landfalls before heading out to the South China Sea, killing at least 16 people and leaving at least 6 missing, as of December 26. The death toll rose to 28 early December 27 and the number of missing to 12.

Chaotic conditions were reported across the central Philippines as Phanfone continued to sweep west across the islands of the Eastern Visayas region, southern Luzon and Western Visayas on Wednesday, downing trees and power poles, damaging homes and causing widespread travel disruption.

NDRRMC confirmed 13 casualties in the Western Visayas on Thursday, December 26. Three others were killed in Eastern Visayas, the Office of Civil Defence said. Most deaths reportedly occurred in Iloilo and Capiz provinces.

The number of casualties is still being verified, but there are fears it will continue growing as a number of people remain missing, including 5 fishermen from Samar Island, as of 18:00 LT on December 26 (10:00 UTC).

A total of 115 cities/municipalities experienced power outages, of which 25 had their power restored by 10:00 UTC today.

A total of 17 road sections in Regions VI and VIII were affected. Of which, 11 are still not passable.

Some 115 domestic flights were canceled. The airport at Kalibo was badly damaged, according to a Korean tourist who was stranded there and provided images to AFP. "Everything within 100 meters of the airport looks broken," he said.

A total of 58 400 people were pre-emptively evacuated ahead of the typhoon, the NDRRMC said.

The full extent of damage is still unknown as several badly hit areas remain cut off.

Phanfone followed a similar path to devastating Typhoon "Haiyan" (2013), one of the most powerful storms on record and Philippines' deadliest tropical cyclone with least 7 300 casualties.

Tacloban escaped the worst during this storm but it suffered enormous damage during Haiyan when a storm surge pushed water into the low-lying city of more than 220 000 people. 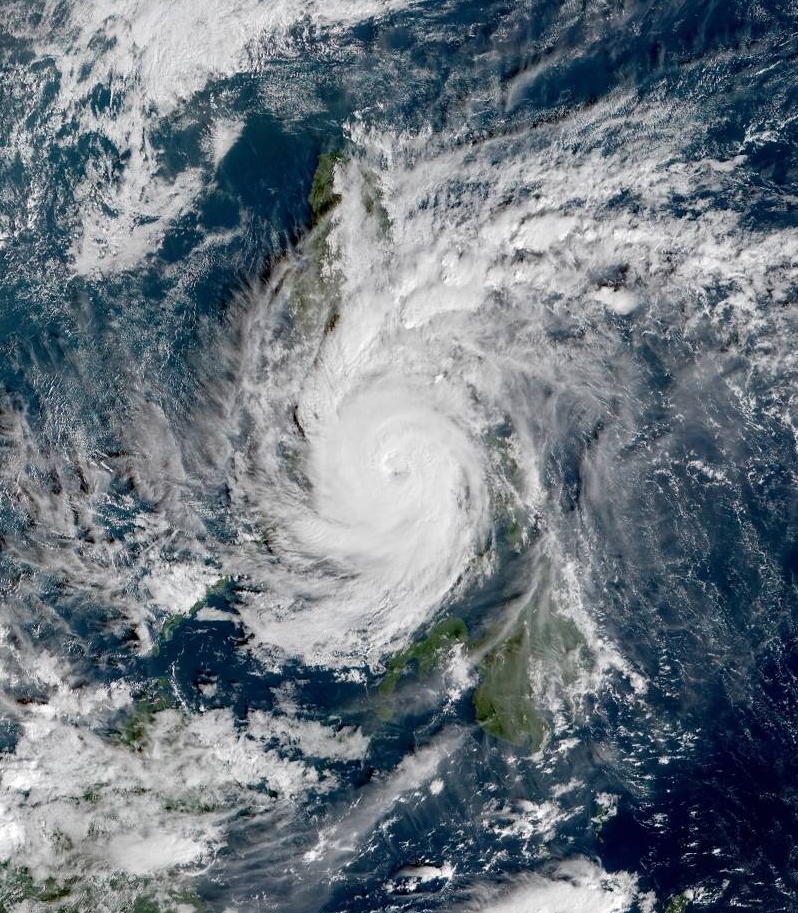 The death toll rose to 28 early December 27 and the number of missing to 12.