An intense, deep cyclone traveling across the north-central Mediterranean has started bringing rain and snow locally on December 13, 2019. According to Severe Weather Europe, the pattern supporting the weather evolution has a large trough over western Europe.

"An upper low then rapidly ejects towards SE into the Mediterranean and already reaches Greece on Saturday," said Severe Weather Europe.

At the surface, a very large cyclone which is bringing windstorm across the British Isles and France spreads southeast where secondary cyclogenesis develops in the lee of the Alps. A deep Genoa low also forms and drifts southeast across the Adriatic and Ionian sea, towards Greece.

"On the rear cooler side of the cyclone, snowfall spreads across NW Italian plains. Towards the evening hours, cyclone drifts into the central Adriatic sea and intense precipitation continues spreading east from the N Adriatic into W Slovenia and NW Croatia."

Storms are likely across the eastern Tyrrhenian sea, SWE said. Heavy snowfall with blizzard conditions are expected to gradually weaken through midnight Friday over Slovenia but will continue over the Gorski Kotar region in Croatia. 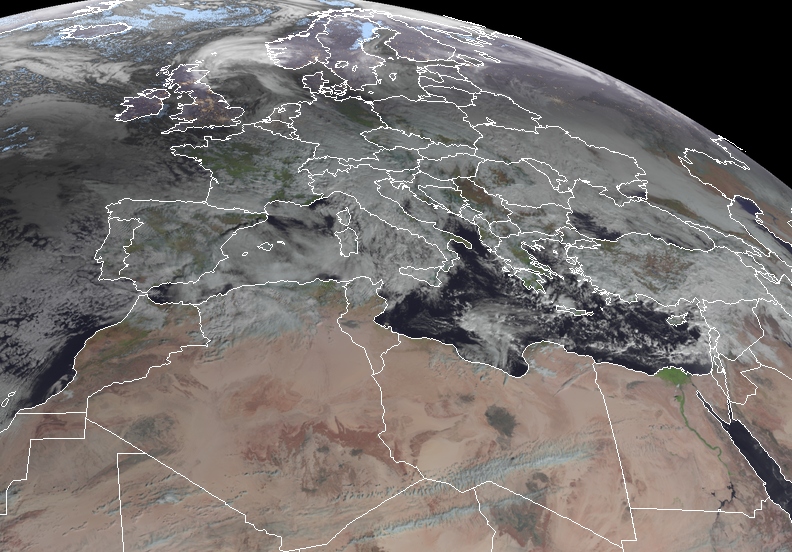 By Saturday morning, December 14, the frontal system is expected to rapidly move towards the Ionian sea and support further severe storms along the cold front spreading into western Greece. In addition, flash floods are locally possible.

"Strong pressure gradient between a deep cyclone across the Adriatic sea and the strengthening ridge over the SW Europe should also develop extensive wind field."

A wide area of severe to locally extremely severe winds is likely, particularly across the higher terrain over Corsica, Sardinia, Italy, which may result in gusts up to 100 to 130 km/h (62 to 81 mph), with higher elevations possibly experiencing 150 to 200 km/h (93 to 124 mph).