A new World Magnetic Model (WMM) was officially released on December 10, 2019. WMM is a representation of the planet’s magnetic field that gives compasses dependable accuracy and one of the key tools developed to model the change in Earth's magnetic field. The model is typically updated at 5-year intervals, but in 2018, scientists found that the model exceeded its specification for declination only three years into the 5-year cycle due to a combined effect of a global geomagnetic acceleration pulse occurring in 2015-2016, and a fast-changing magnetic field in the North polar area.

It is the standard model used by the U.S. Department of Defense, the U.K. Ministry of Defence, the North Atlantic Treaty Organization (NATO) and the International Hydrographic Organization (IHO), for navigation, attitude and heading referencing systems using the geomagnetic field. It is also used widely in civilian navigation and heading systems.

The 2020-25 model now includes 'Blackout Zones' around the magnetic poles, as defined by the strength of the horizontal field. Between 2 000 and 6 000 nanotesla (nT) horizontal field strength is the 'Caution Zone' where compasses may start to become prone to errors. The area around the pole between 2 000 and 0nT is the 'Unreliable Zone' where compasses may become inaccurate.

Since Earth’s magnetic field is created by its moving, molten iron core, its poles aren’t stationary and they wander independently of each other. Since its first formal discovery in 1831, the north magnetic pole has traveled around 2 250 km (1 400 miles), NCEI scientists noted in today's release.

This wandering has been generally quite slow, allowing scientists to keep track of its position fairly easily, but since the turn of the century, this speed has increased.

The WMM2020 forecasts that the northern magnetic pole will continue drifting toward Russia, although at a slowly decreasing speed—down to about 40 km (25 miles) per year compared to the average speed of 55 km (34 miles) over the past twenty years. 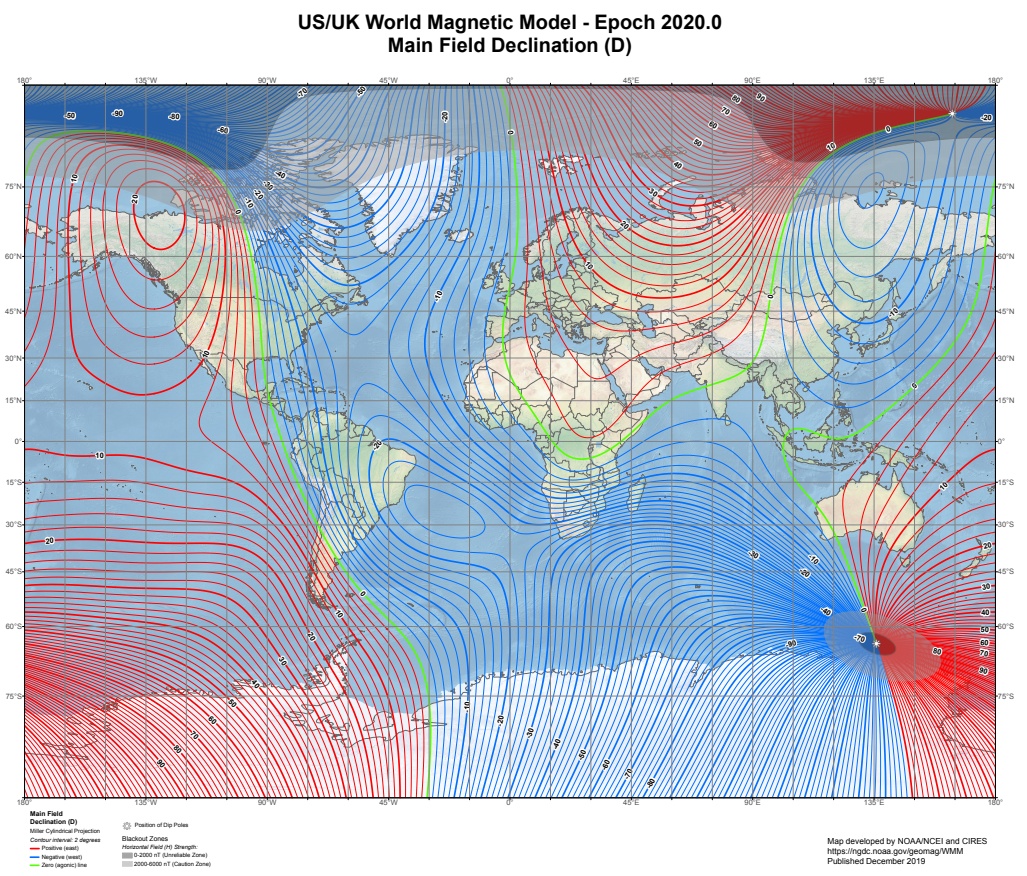 Some of you might remember news headlines from January 2019, about North Magnetic Pole rapidly migrating toward Siberia, forcing the world's geomagnetism experts to update the WMM ahead of the schedule.

"In early 2018, as part of our regular assessment of the WMM, we found that the model exceeded its specification for declination only three years into the five-year WMM cycle," Arnaud Chulliat, a geomagnetist at the University of Colorado Boulder and NOAA NCEI wrote in an abstract of his presentation at AGU's Fall Meeting held in Washington D.C., from December 14 to 20, 2018.

"It is the first time since the geomagnetic field has been surveyed by low Earth orbit satellite data that non-linearities in field variations lead to a WMM specification breach so early in the cycle.

"We investigated this error and tracked it down to the combined effect of a global geomagnetic acceleration pulse occurring in 2015-2016, and a fast-changing magnetic field in the North polar area.

"A remarkable manifestation of the field variation is the drift of the North magnetic pole towards Russia, which has been occurring at the unusually high speed of about 50 km per year since the beginning of the 21st century. On the contrary, the South magnetic pole drift is very slow (less than 10 km per year) and has not changed much over the past few decades, and hence provided a much smaller contribution to the overall model declination error." 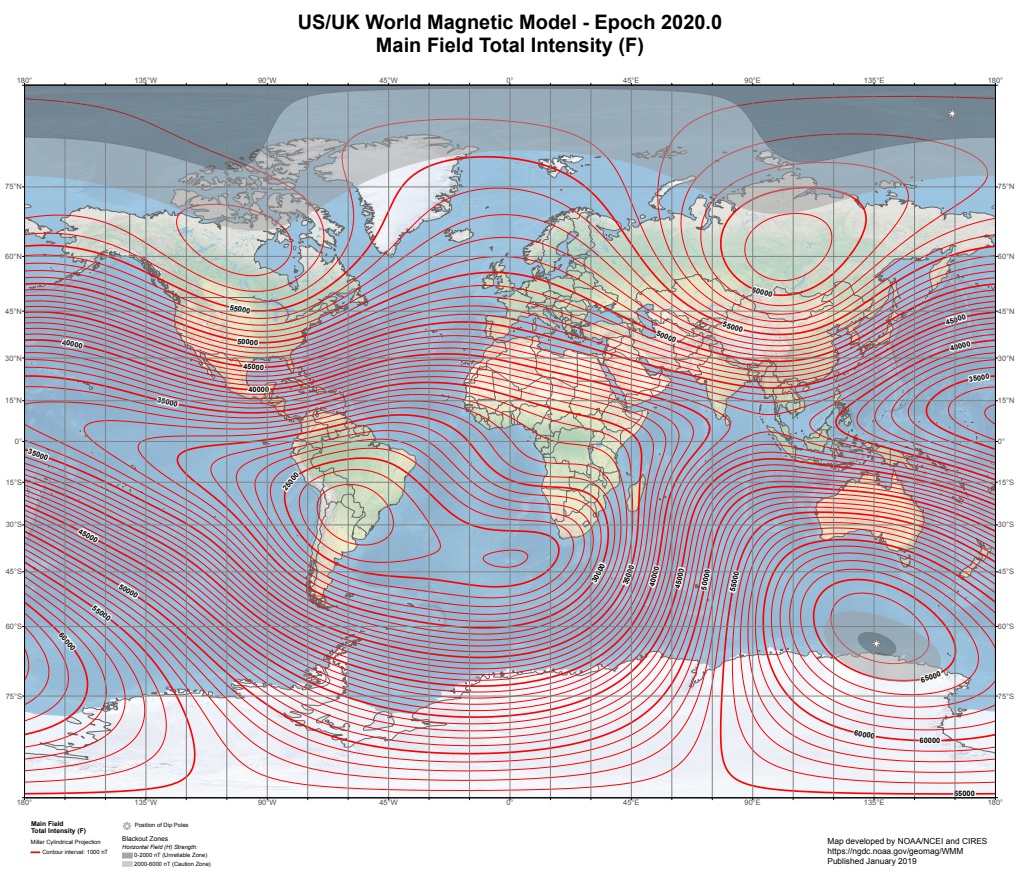