Moderate volcanic unrest continues at Whakaari/White Island, but no new changes are observed in the monitored parameters. The Volcanic Alert Level remains at Level 2 since November 18, 2019.

The patterns of signals are similar to those through the 2011 – 2016 period and suggest that the volcano may be entering a period where the eruptive activity is more likely than normal, recent observations can also be explained by the increased gas flux which leads to geysering and lake level changes. Eruptions of steam, gas, mud and rocks can occur with little or no warning.

There has been no change in activity at the volcano after the deep magnitude 5.9 earthquake, that occurred beneath the eastern Bay of Plenty at 16:34 UTC on November 23, 2019, according to GNS volcanologist Agnes Mazot. 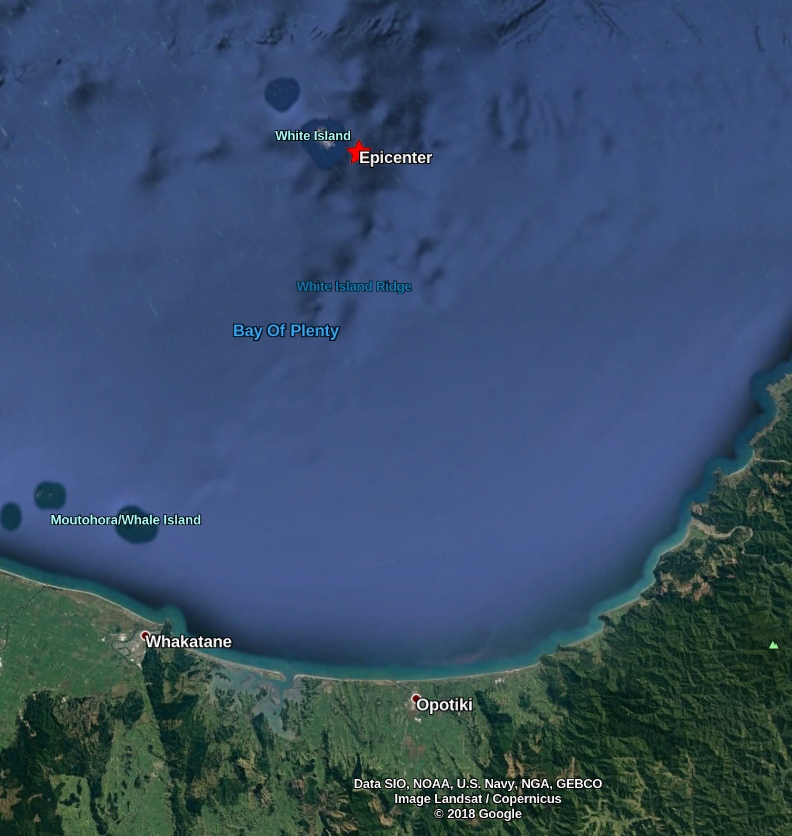 Gas emissions continue to be high to moderate in the last week, since Monday, November 18, and volcanic tremor remains at moderate levels. There have been few earthquakes near the island.

The crater lake level has not changed for the last week, and gas-driven fountaining activity continues to be observed around the active vents on the west side of the crater floor. This fountaining is regularly throwing mud a few meters into the air at the vent but at current levels does not pose a hazard to visitors. 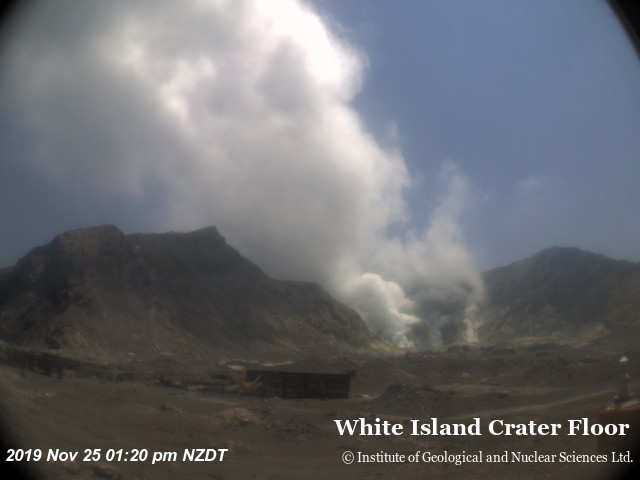 Overall, the monitored parameters continue to be in the expected range for moderate volcanic unrest and associated hazards. The monitoring observations are similar to those seen in the more active 2011—2016 period and suggest that Whakaari/White Island may be entering a period where eruptive activity is more likely than normal.

GNS Science and the National Geohazards Monitoring Centre continues to closely monitor Whakaari/White Island for further signs of activity. Volcanic Alert Level 2 is mostly associated with unrest hazards on the volcano and could include eruptions of steam, gas, mud and rocks. These eruptions can occur with little or no warning.