A dangerous storm, possibly historically strong low, is heading towards southwest Oregon and northwest California Tuesday and Wednesday, November 26 and 27, 2019, in the run up to Thanksgiving. 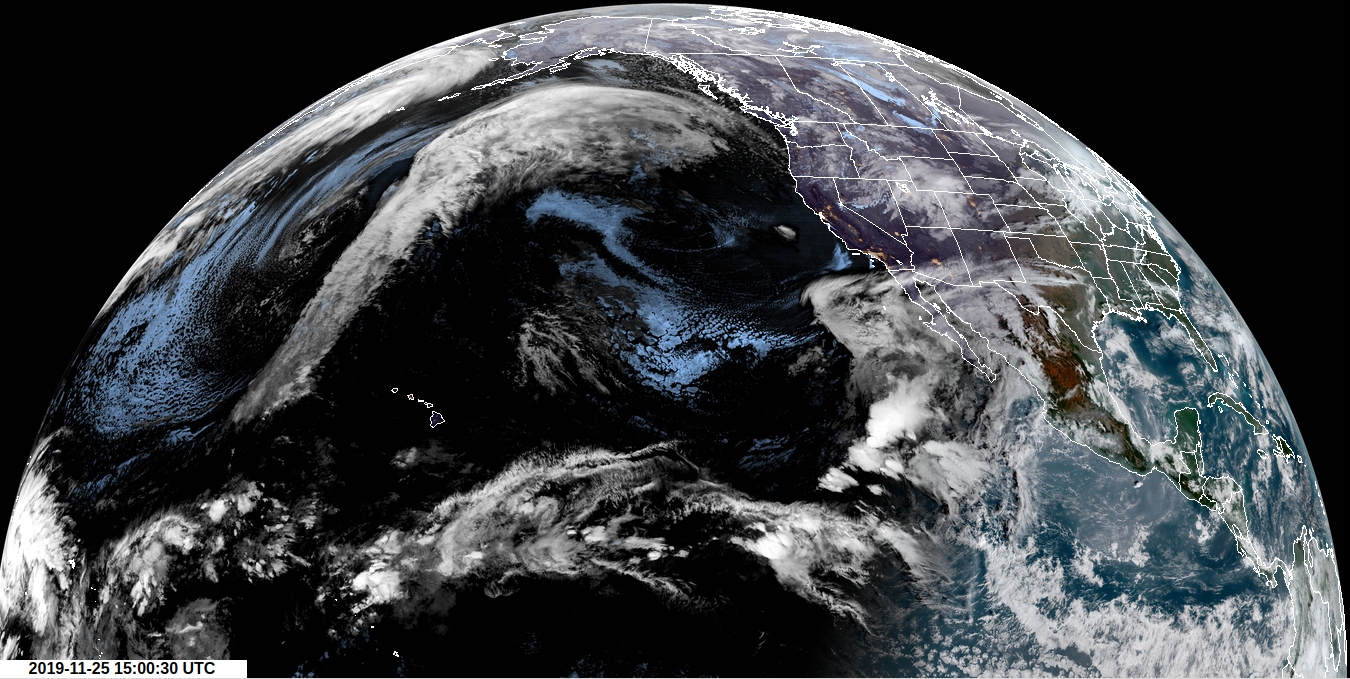 More snow than rain will develop over the U. S./Canadian Border from parts of the Northern Plains to the Upper Great Lakes overnight Sunday that will move into parts of the Great Lakes and wind down by Tuesday morning.

Upper-level energy over the Eastern Pacific will move southeastward to the Great Basin/Southwest by Monday evening. 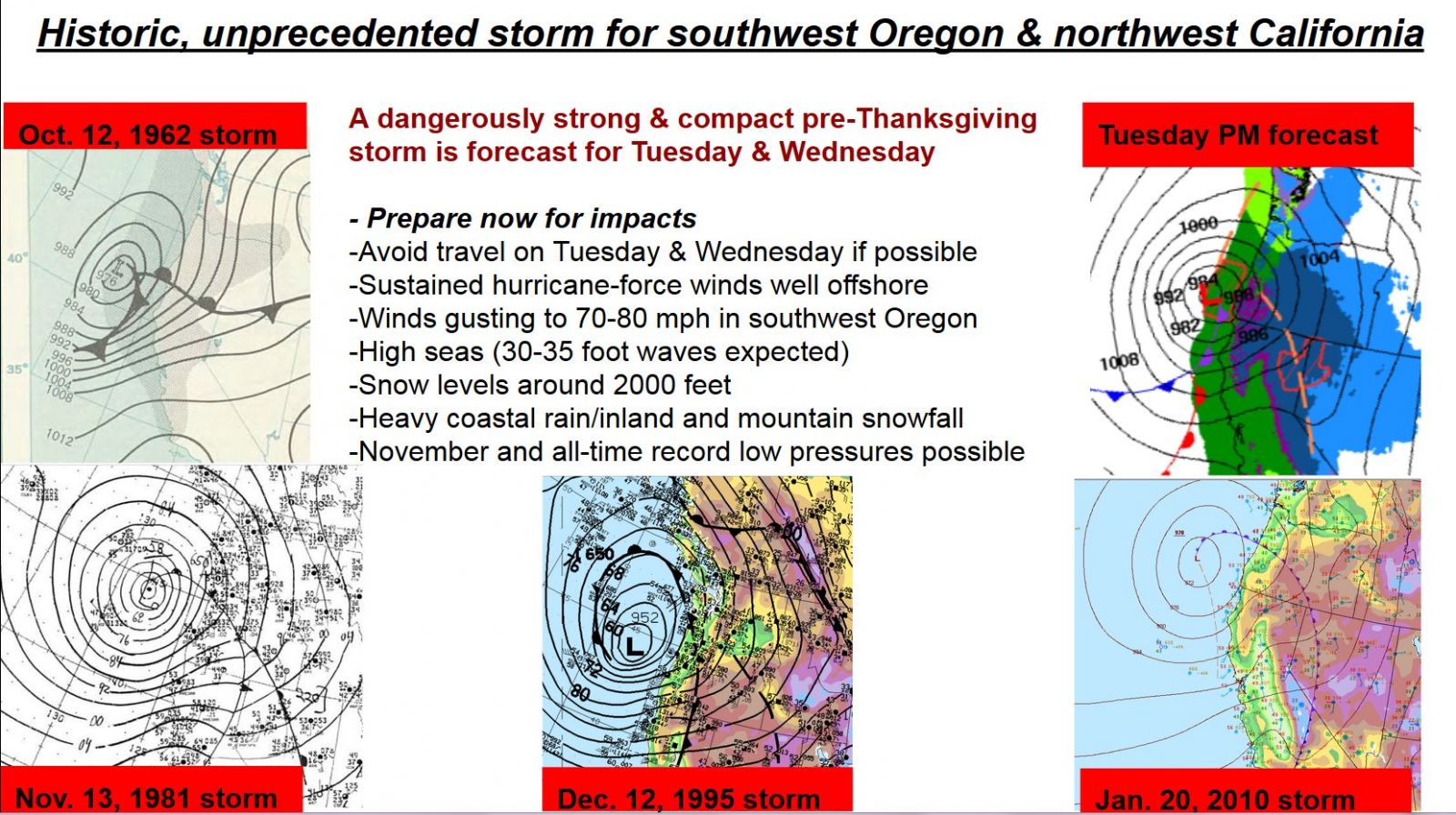 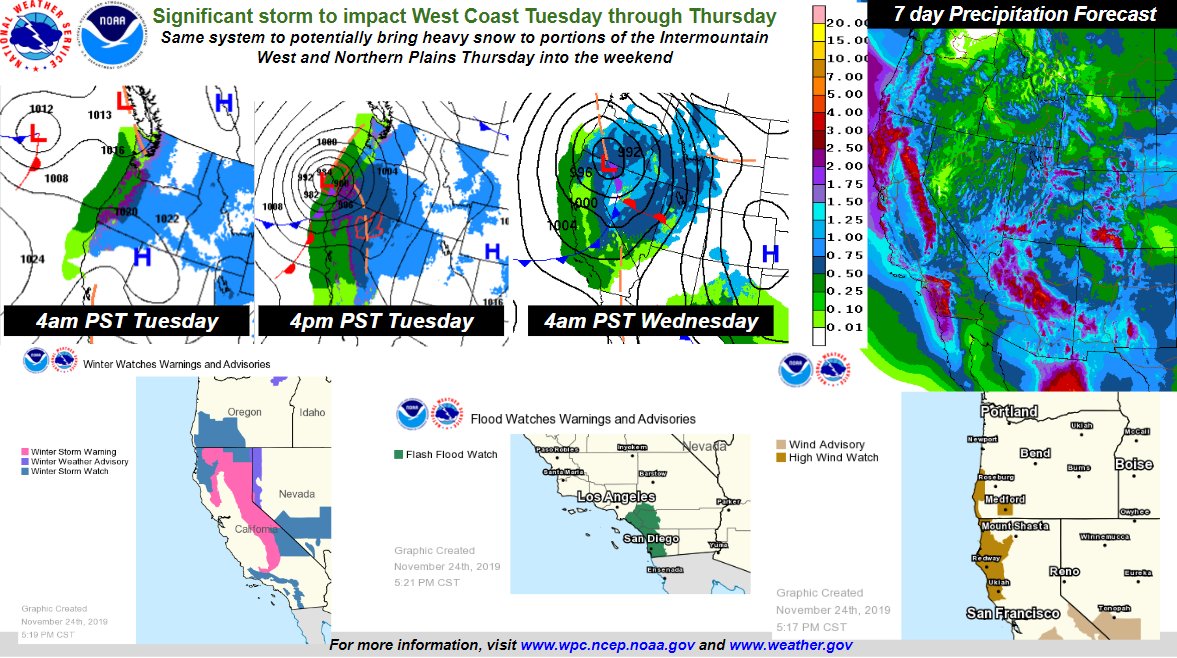 The energy will aid in producing snow over the Cascades into the Northern Rockies/Great Basin, on Monday, that will expand into the Central/Southern Rockies and parts of the Southwest overnight Monday.

The energy will aid in developing a wave of low pressure over the Central/Southern Rockies overnight Monday that will lift northward from the Southern High Plains into parts of the Central Plains by Tuesday evening.

In addition, snow will start to move out of the Central High Plains overnight Monday into the Central Plains and into parts of the Middle/Upper Mississippi Valley by Tuesday evening.

Also on Tuesday, rain and thunderstorms will develop over parts of the Middle/Lower Mississippi Valley and parts of the Western Ohio Valley/Southern Plains.

Meanwhile, a developing storm over the Eastern Pacific will move onshore over parts of California/Pacific Northwest on Tuesday evening.

The storm will bring strong wind and rain with higher elevation snow over parts of Northern California and the Pacific Northwest on Tuesday evening.