After lashing Taiwan and parts of eastern China with heavy rains and strong winds, Typhoon "Mitag" is now approaching southern South Korea. Landfall is expected around 12:00 UTC on October 2, with maximum sustained winds of 90 km/h (58 mph) and very heavy rain. After exiting into the Sea of Japan on October 3, Mitag will head towards Japan where it is expected to make landfall on October 4.

Mitag is expected to have a stronger influence on the country than Tapah, which left at least 3 people dead, because it will 'come directly over us,' an official with the Korea Meteorological Administration (KMA) said.

Mitag injured 12 people in NE Taiwan, and possibly led to a collapse of a bridge in which 6 people are feared to have lost their lives, and forced at least 23 000 people to evacuate in Chinese provinces of Zhejiang and Fujian. 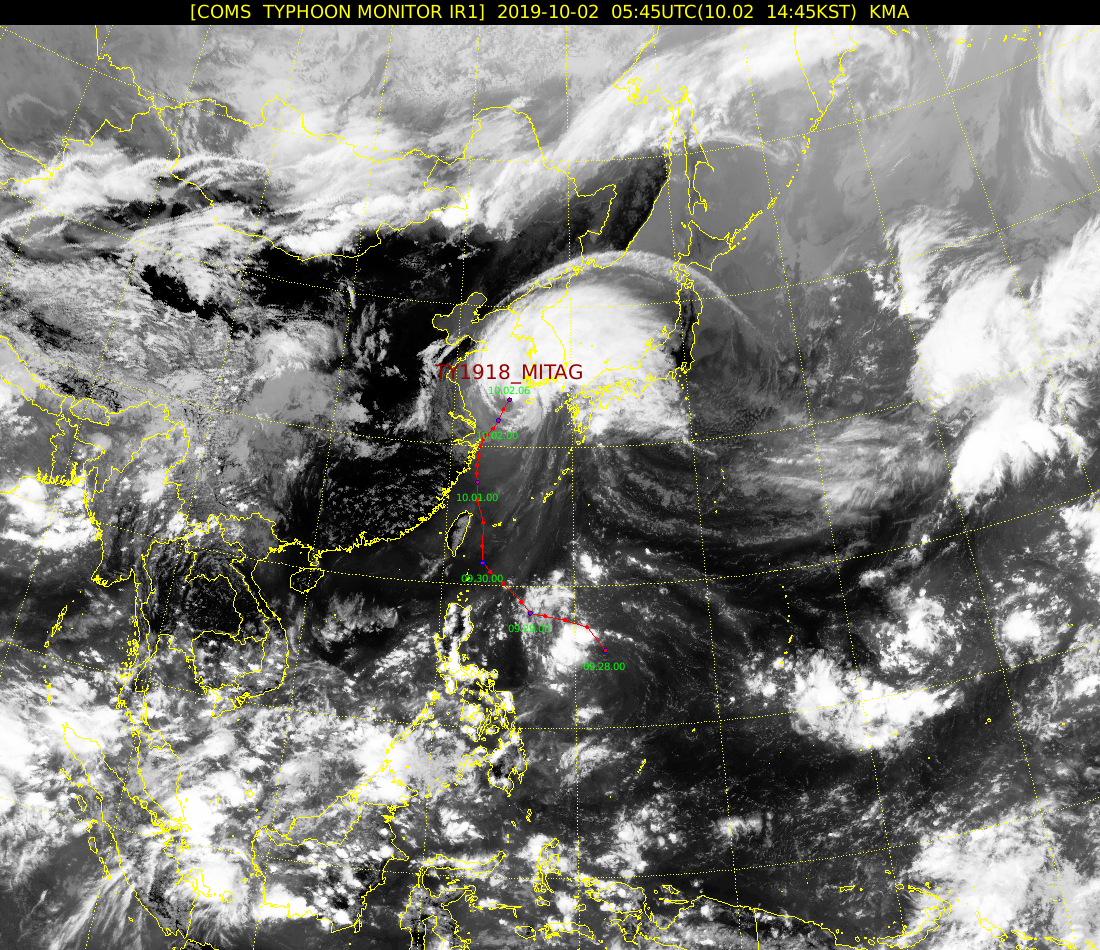 Dozens of buildings were damaged and more than 300 flights canceled. More than 300 schools were closed or had their hours shortened.

According to the KMA, Mitag is the season's 18th typhoon and the seventh to affect the country this year. It is expected to land on Mokpo, Gwangju and other cities in South Jeolla Province around midnight (LT) before affecting Busan, Daegu and other cities in Gyeongsang provinces. 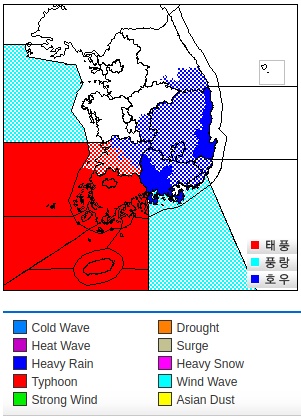 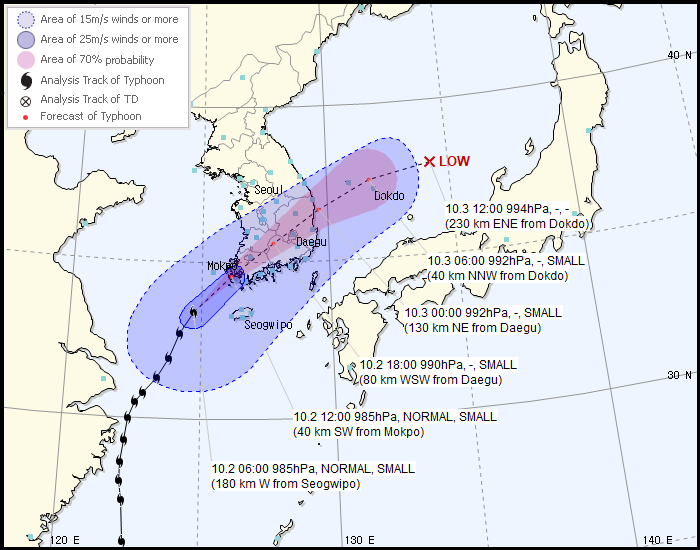 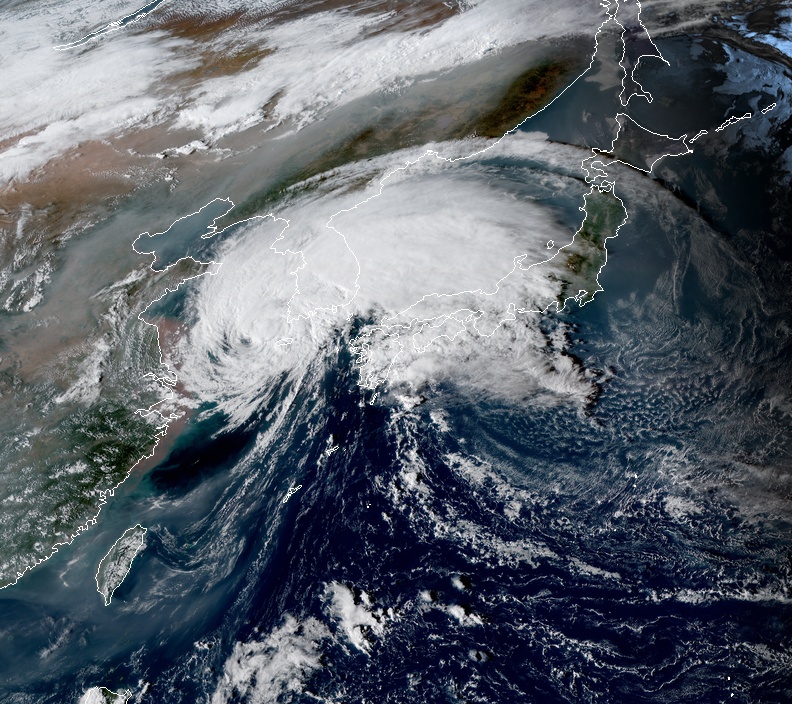 Over the next 48 hours, Mitag will transform into a gale-force cold core low. Interaction with northern Honshu, Japan will degrade it down to 65 km/h (40 mph).