Tropical Storm "Narda" formed on September 28, 2019, near the coast of western Mexico as the 15th named storm of the 2019 Pacific hurricane season. Although it temporarily weakened into a tropical depression, the system is dropping heavy rain along the southwestern coast of Mexico. These rains, which could total as much as 380 mm (15 inches) in a few locations, will result in life-threatening flash floods and mudslides.

Heavy rain brought by the storm already caused floods in Oaxaca, Michoacan, Guerrero, Nayarit and Jalisco, and left at least one person dead.

Its maximum sustained winds were 55 km/h (35 mph) and minimum central pressure 1 001 hPa. The system is moving NW at 24 km/h (15 mph) and this general motion is expected to continue with some decrease in forward speed during the next couple of days.

A Tropical Storm Warning is in effect for San Blas to Topolobampo, and Islas Marias – tropical storm conditions are expected somewhere within the warning area.

A Tropical Storm Watch is in effect for Topolobampo to Guaymas – tropical storm conditions are possible within the watch area, generally within 48 hours. 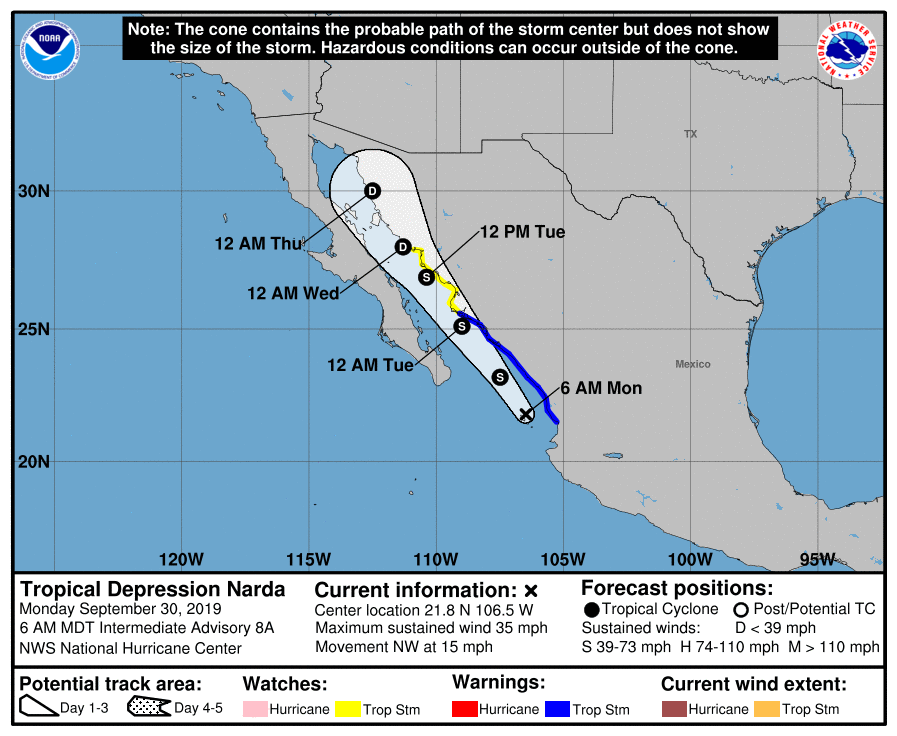 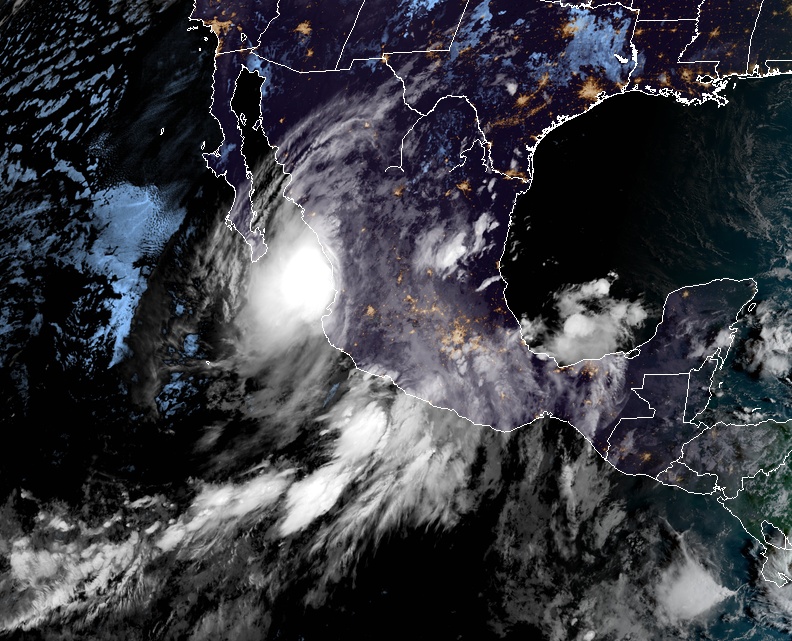 On the forecast track, the center of Narda will move over the Gulf of California near or just offshore the coast of northwestern mainland Mexico through Tuesday, October 1.

Some slight strengthening is forecast, and Narda is expected to become a tropical storm again later today.

"A trough moving into the southwestern U.S. and northern Baja peninsula should cause the track to bend a bit to the right in 2-3 days until the system dissipates near the U.S.-Mexico Border," NWS forecaster Pasch noted 09:00 UTC today.

"The main threat posed by Narda continues to be very heavy rainfall, due to large amounts of moisture being advected northward and northeastward over Mexico on the eastern side of the cyclone's circulation. These rains, which could total as much as 380 mm (15 inches) in a few locations, will result in life-threatening flash floods and mudslides."