The quake damaged buildings and sent people fleeing to the hills, but the geophysics agency ruled out a tsunami, Reuters reports. 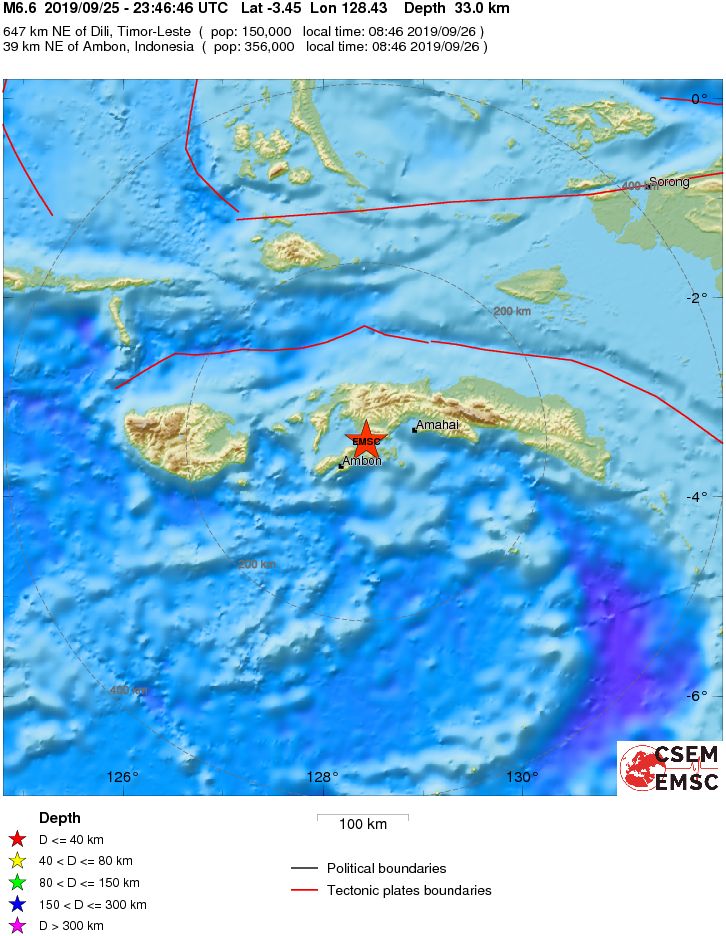 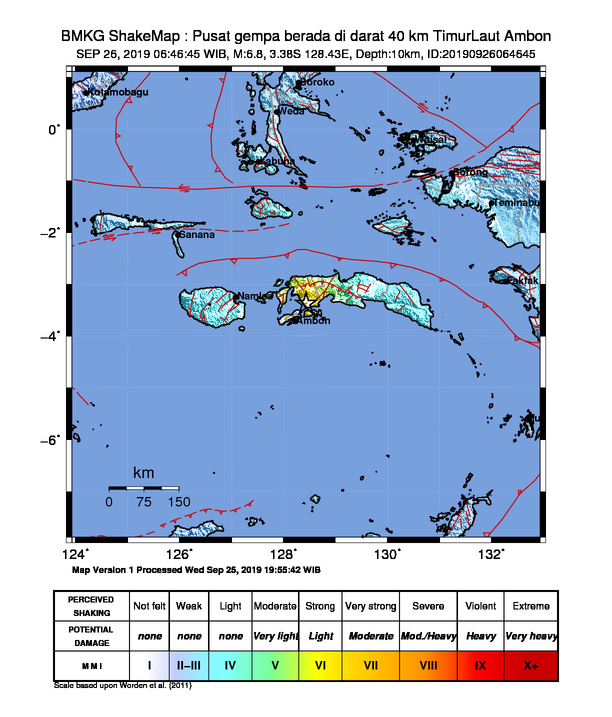 Estimated economic losses are less than 1% of GDP of Indonesia.

At least one person has lost its life and two others were injured, after a part of the third floor at an Islamic university collapsed.

The death toll has risen to 8. More than 20 others were injured.

More than 8 000 people have fleed their homes.

Local media report damaged university buildings, a hospital, a bridge and other buildings in Maluku province.

Maluku disaster management office said they can confirm 8 casualties, adding that reports from several affected areas have not reached yet.

The death toll has risen to 23 and the number of injured to over 100.

Disaster officials said at least 117 houses and buildings were damaged.

About 15 000 are being housed in temporary shelters. 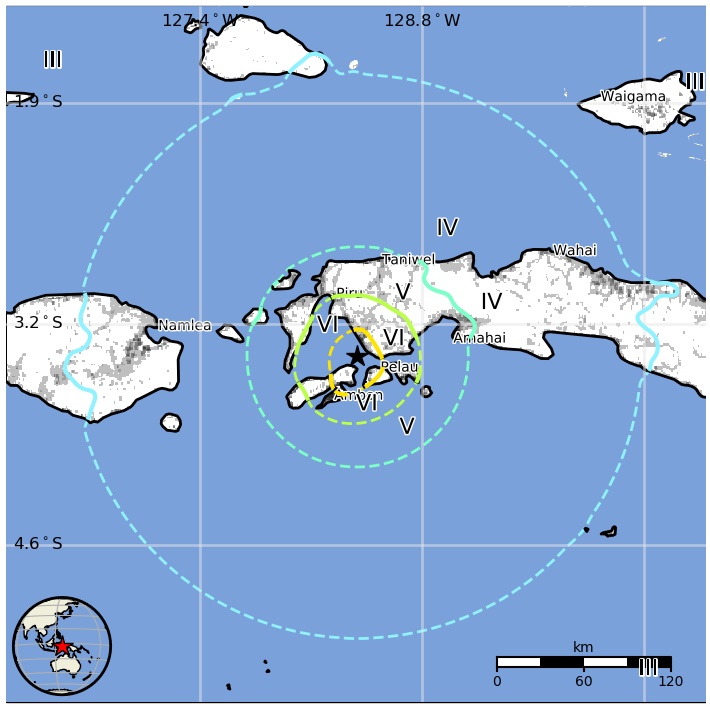 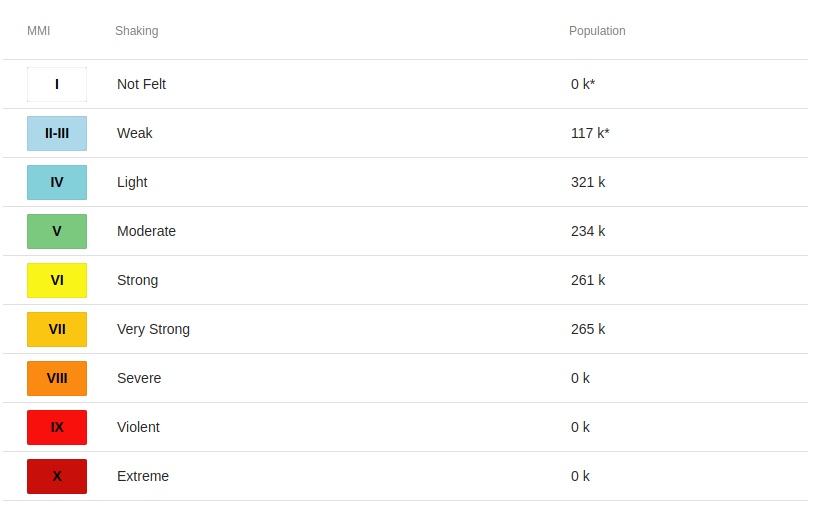 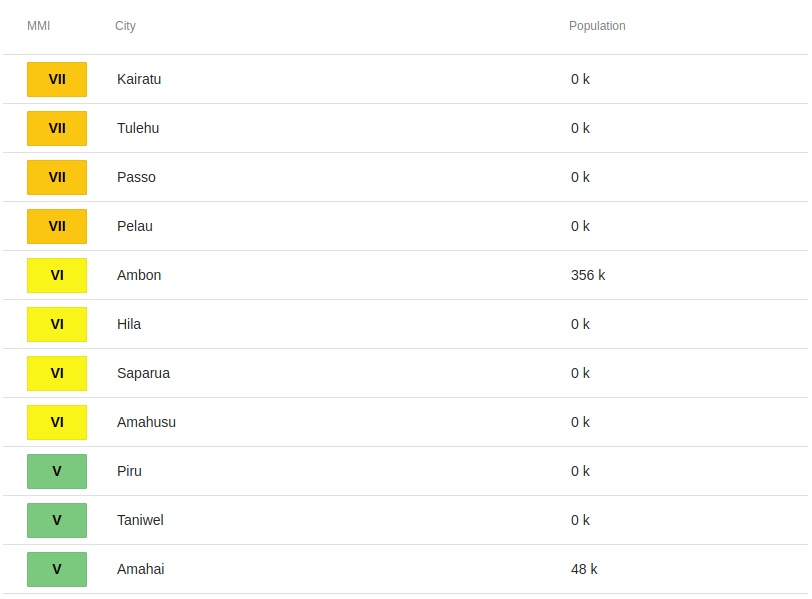 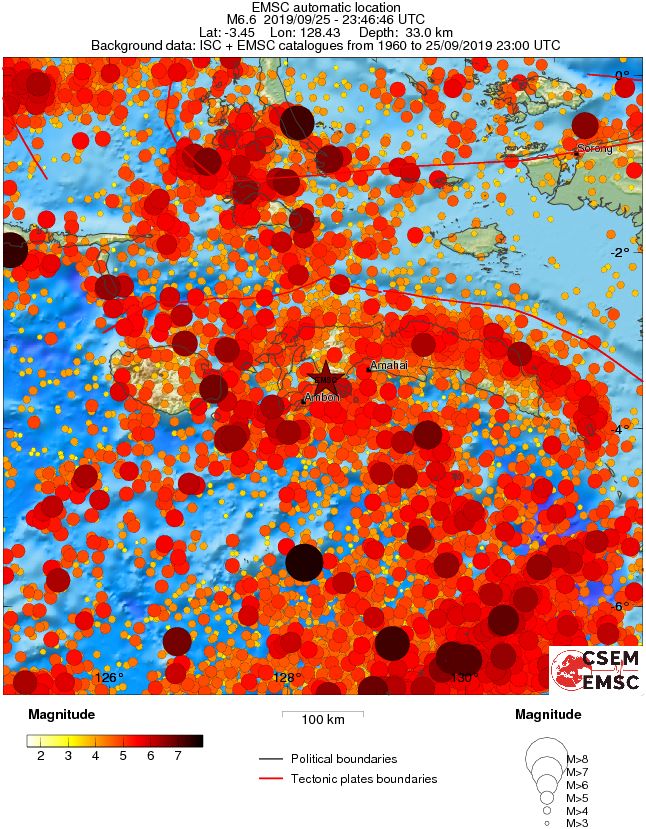