A new eruptive phase started at Ubinas volcano, Peru on June 24, 2019, following a seismic swarm detected since June 21. This is the first activity at the volcano since March 2017.

As a result of this activity, the volcanic alert level has been raised from Green to Yellow. 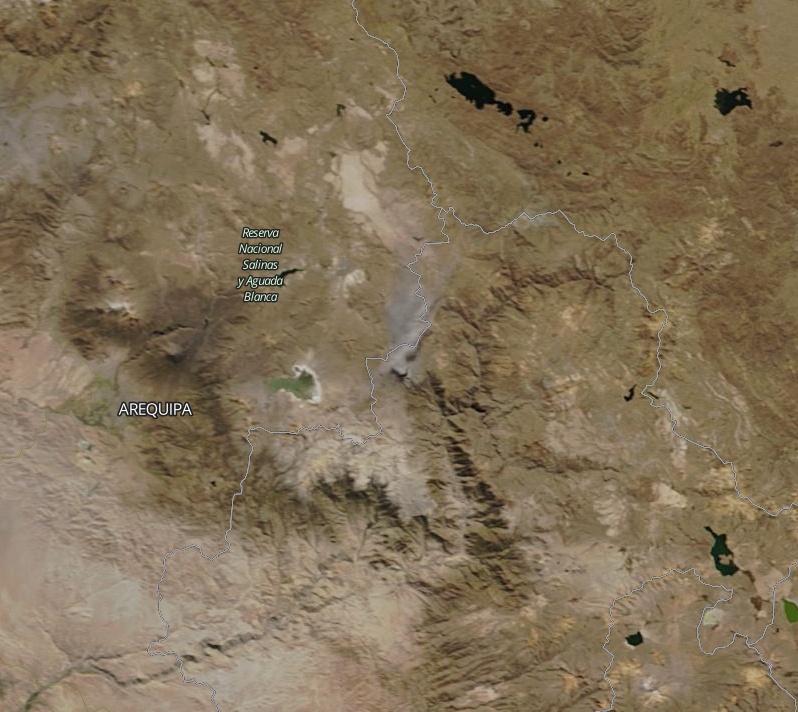 A damaging lahar was produced by heavy rain falling over Ubinas volcano on February 6, 2019. This was the third lahar event at the volcano in 2019 and the largest since 2014, Ingemmet volcanologist Domingo Ramos said, adding that the event lasted for more than 1 hour.

While there were no casualties reported, the material damage was substantial, he said.

The lahar damaged agricultural fields and blocked one of the local roads, isolating many villages. In addition, power poles were destroyed, cutting off power to 80% of the villages in the Ubinas Valley.

The growth and destruction of Ubinas I was followed by the construction of Ubinas II beginning in the mid-Pleistocene. The upper slopes of the andesitic-to-rhyolitic Ubinas II stratovolcano are composed primarily of andesitic and trachyandesitic lava flows and steepen to nearly 45 degrees. The steep-walled, 150-m-deep (492 feet) summit caldera contains an ash cone with a 500-m-wide (1 640 feet) funnel-shaped vent that is 200 m (656 feet) deep.

Debris-avalanche deposits from the collapse of the SE flank about 3 700 years ago extend 10 km (6.2 miles) from the volcano. Widespread plinian pumice-fall deposits include one of Holocene age about 1 000 years ago. Holocene lava flows are visible on the flanks, but historical activity, documented since the 16th century, has consisted of intermittent minor-to-moderate explosive eruptions. (GVP)