Category 4 Major Typhoon Typhoon "Wutip" is passing south of Guam on February 23, 2019, threatening the island with heavy rain, strong winds and rough surf. A Tropical Storm Warning remains in effect for Guam and Rota in the southern Mariana Islands. A Tropical Storm Watch remains in effect for Tinian, Saipan, Pagan and Agrihan in the Commonwealth of the Northern Mariana Islands. This is the second named storm and the first typhoon of the 2019 West Pacific cyclone season. The last time a February typhoon formed in the western Pacific Ocean was in 2015 (Typhoon "Higos").

As of 15:00 local time Friday, no serious injuries had been reported to him but Robert was also waiting from reports from other islands, AFP reports.

There are reports of sections of tin roofing missing from structures, a collapsed structure and flooding on the island.

Wutip is expected to maintain this general course with a slight decrease in forward speed over the next 24 hours. A weakening trend is expected to start on Sunday, February 24. 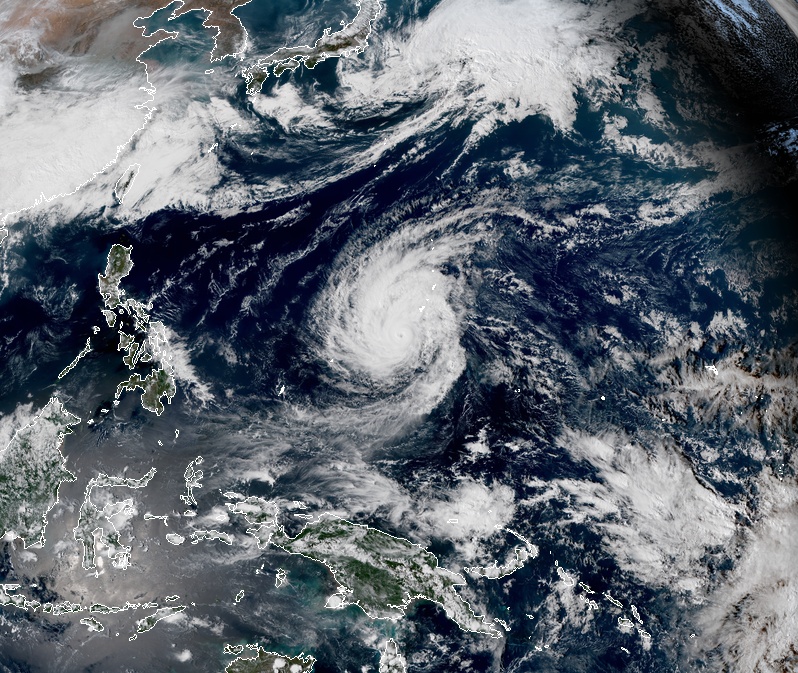 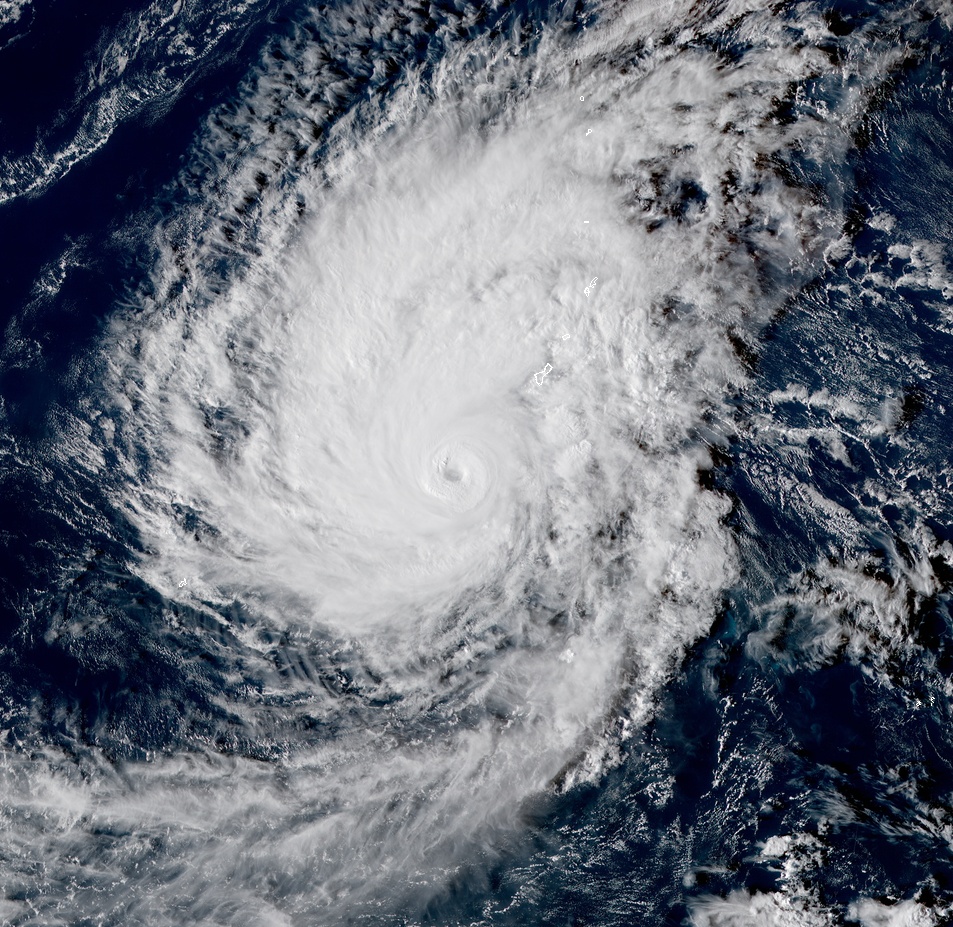 While the storm will not make landfall, residents of Guam should be prepared for heavy rain, strong winds and rough surf. 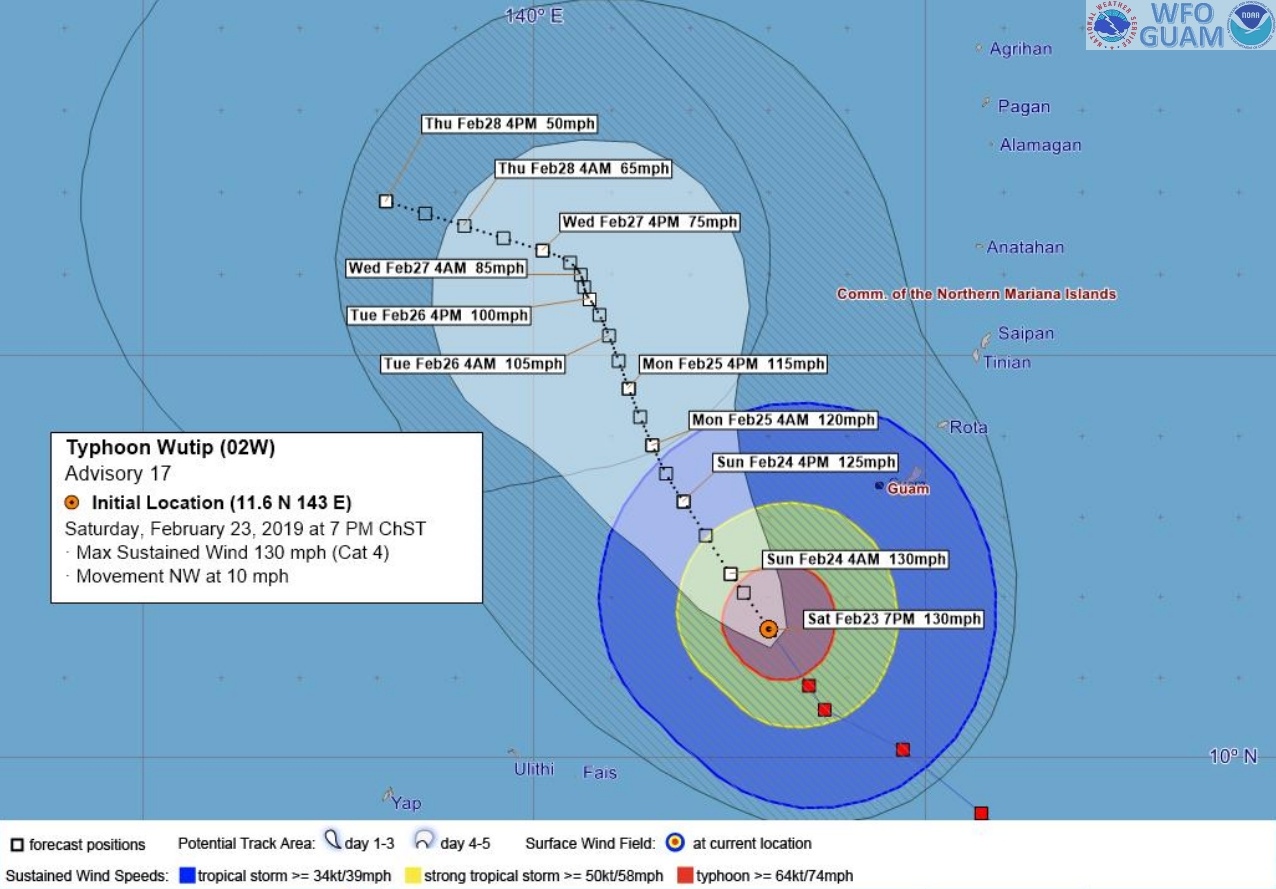 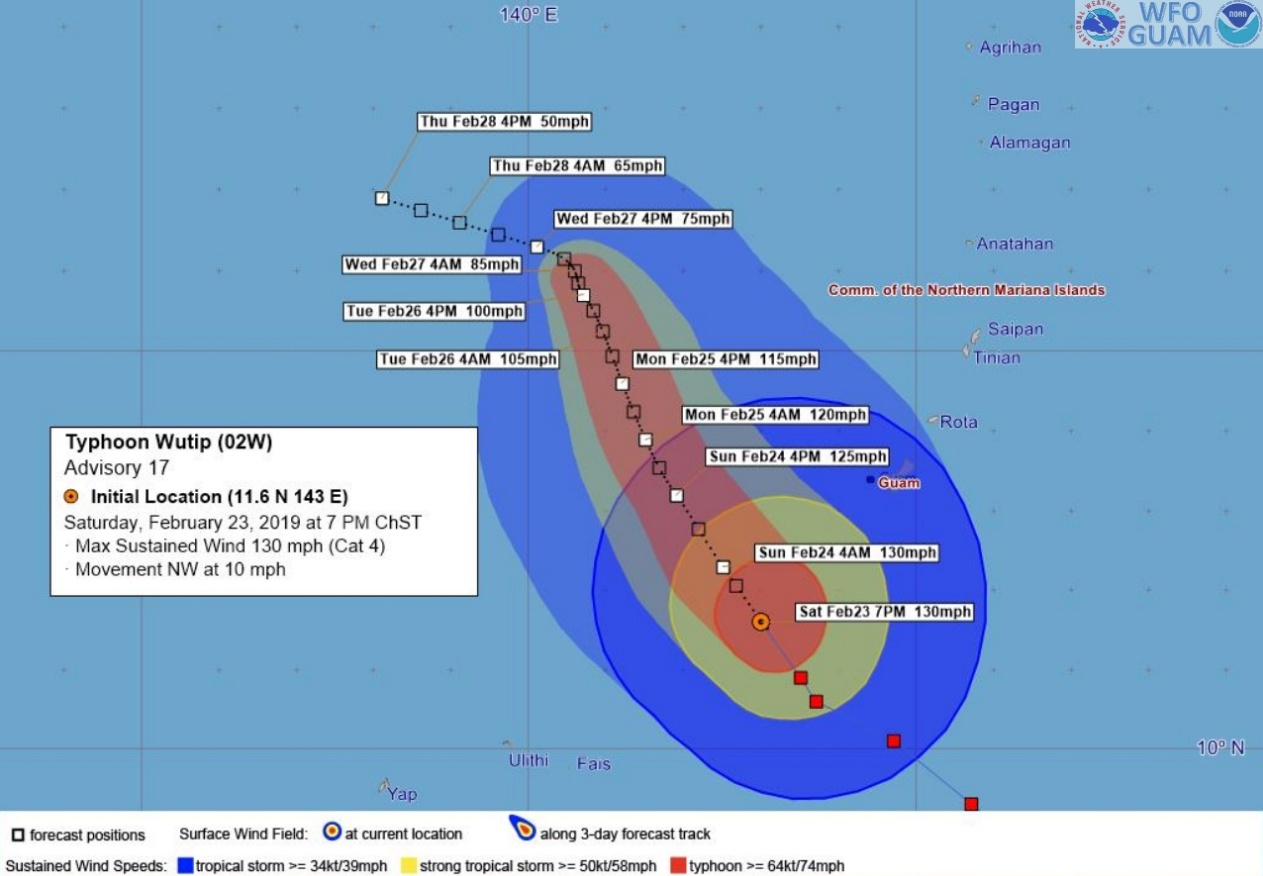 For those under warning, preparations for the protection of life and property should be complete. Remain in a sturdy shelter until the storm passes. Evacuate your home if its vulnerable to high winds and flooding, NWS office in Tiyan, Guam said.

Residents under a watch should continue with preparations and listen for possible warnings if the track should change.

Regarding any coastal waters under a warning, small craft and other ocean-going vessels should remain in port and well secured.

Saipan and Tinian coastal waters are under a hazardous sea warning and is strongly advised that small craft and other ocean-going vessels remain in port or seek safe harbor immediately.

Be wary of unofficial sources of information.