Tropical Storm "Desmond" formed January 20, 2019 in the Mozambique Channel, bringing heavy rain to parts of Madagascar as it headed toward Mozambique. It made landfall in the province of Zambezia, near the border with the Sofala province. While there were no casualties in Mozambique, at least 9 people were killed in Madagascar.

While the winds were not that strong, Desmond brought extremely heavy rain and very rough seas.

According to Al Jazeera, cars were submerged up to their windows and floodwaters rushed into homes and businesses.

More flooding is expected in central Mozambique and southern Malawi over the next 24 hours. Some places could still see as much as 200 mm (7.87 inches) in 24 hours. 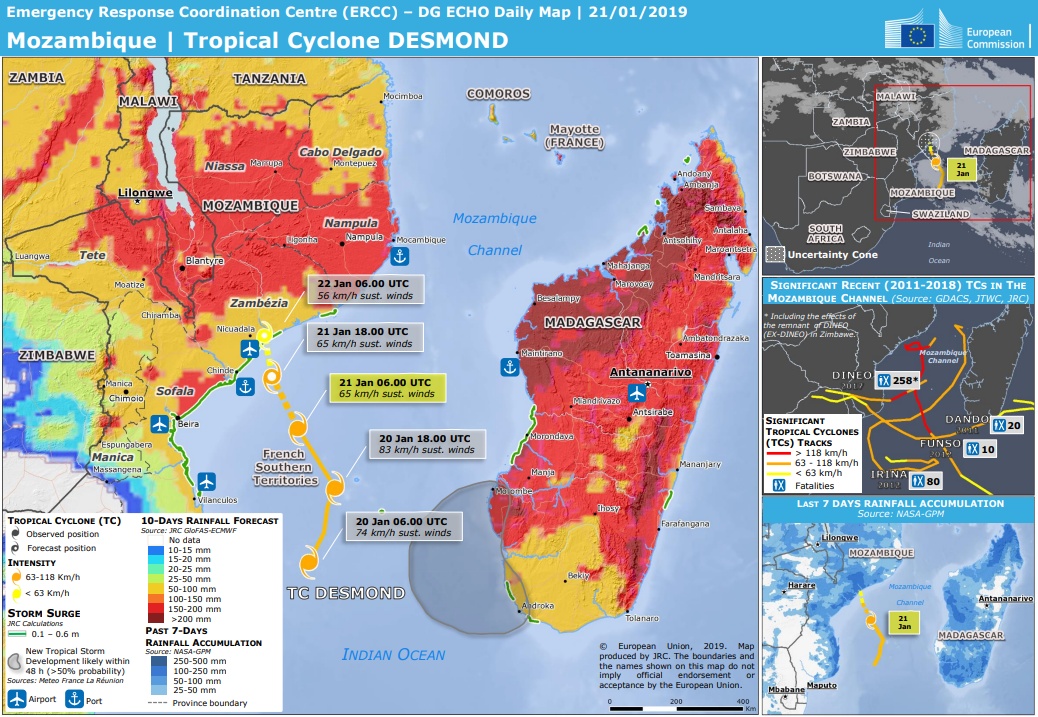 Although Desmond didn't hit Madagascar directly, it dropped heavy rains in the northwest of the island, causing floods and leaving at least 9 people dead in capital Antananarivo on January 19.

More rain is expected in Madagascar's heavily soaked regions in the days ahead as another system forms in the Mozambique Channel. There is an increased threat of floods and landslides, especially in the country's northwest.