NOAA Doppler weather radar data and surface observations indicate that the center of the eye of Hurricane "Florence" made landfall along the coast of North Carolina at 07:15 EDT (11:15 UTC) on September 14, 2018 near 34.2N 77.8W, which is near Wrightsville Beach. Maximum sustained winds were estimated to be 150 km/h (90 mph), and the central pressure was estimated to be 958 hPa based on reports from the NOAA NOS observing station at Johnny Mercer Pier in Wrightsville Beach. This placed Florence on the upper edge of Category 1 hurricane on the Saffir-Simpson scale.

As of 12:00 UTC today, there are more than 437 000 customers across North and South Carolina without power and this number could grow to millions before the day ends. The hurricane is producing devastating storm surge, winds gusts, tornadoes and flash flooding throughout eastern North Carolina.

Florence has slowed down to a crawl as expected and has already dumped more than a 305 mm (1 foot) of rain at several locations.

About 70 people have been evacuated from the Triangle Motor Inn in Jacksonville, North Carolina, after hurricane-force winds compromised the hotel's structural integrity.

Storm surge caused the Neuse River in New Bern to overflow its banks, flooding roads, stranding residents and causing a local news station to evacuate its buildings while they were still on air. Two meteorologists stayed on-air to inform the public and were the last to leave. They left the set as a radar loop of Florence played in the background.

Our sister station, WCTI has been evacuated due to water rising around the building due to storm surge. Please keep them in your thoughts. pic.twitter.com/Et1ueYUCvc

Some 150 people in the city, home to about 30 000, are reportedly waiting to be rescued. The entire city is under mandatory evacuation. 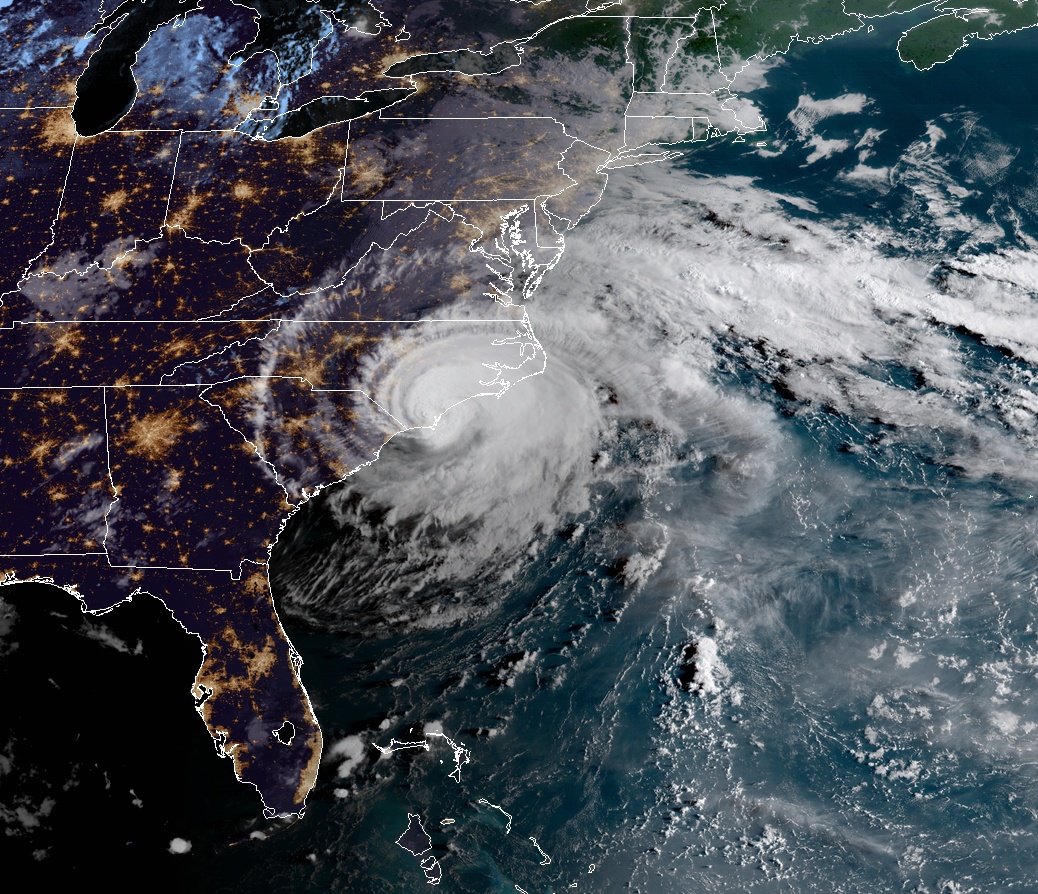 A slow westward to west-southwestward motion is expected today through Saturday. On the forecast track, the center of Florence will move further inland across extreme southeastern North Carolina and extreme eastern South Carolina today and Saturday. Florence will then move generally northward across the western Carolinas and the central Appalachian Mountains early next week. 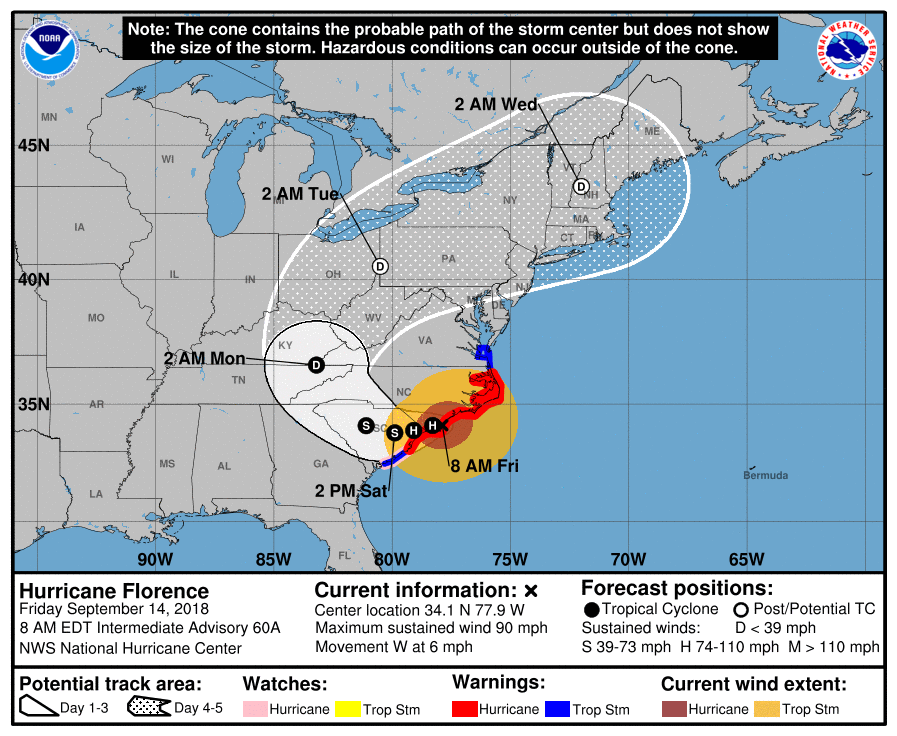 Gradual weakening is forecast later today and tonight. Significant weakening is expected over the weekend and into early next week while Florence moves farther inland.

Southeastern coastal North Carolina into far northeastern South Carolina is expected to receive an additional 508 to 635 mm (20 to 25 inches) of rainfall, with isolated storm totals of 762 to 1 067 mm (30 to 40 inches.)

brought historic and record-breaking rainfall, left more than 1 million customers without power and claimed lives of at least 17 people. This event is still not over and in some parts of North Carolina, the worst is yet to come. Read more