Typhoon "Mangkhut" underwent rapid intensification and became the fourth Super Typhoon of the 2018 Pacific typhoon season on September 11, 2018. The system is currently slowing down while maintaining its westerly track across the Western Pacific Ocean and it expected to further intensify over the next two days. The current forecast track takes its center just north of northern Philippines on September 14, south of Taiwan on September 15 and then toward Hong Kong. Landfall is expected just south of the territory around 12:00 UTC on September 16. This is the 22nd named storm of the 2018 Pacific season.

At 15:00 UTC on September 11, the center of Super Typhoon "Mangkhut" was located approximately 470 km (292 miles) north of Yap, Federated States of Micronesia and has tracked westward at 22 km/h (14 mph) over the past six hours. 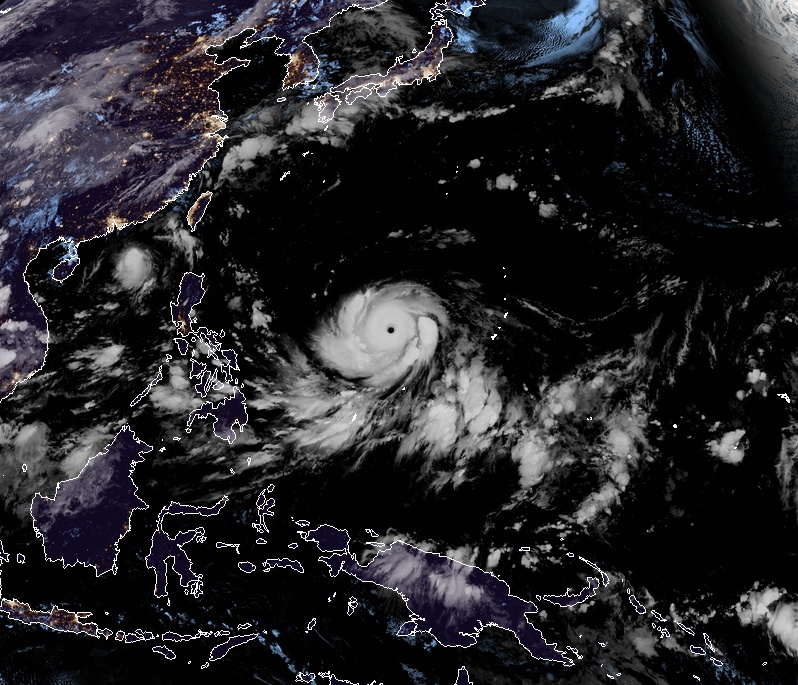 Mangkhut is forecast to track WNW after 21:00 UTC today and continue strengthening to a peak of 278 km/h (278 mph) by 03:00 UTC on September 13. The system will slightly weaken by 15:00 UTC on September 14 as it approaches Northern Luzon and pass just north of its northern tip during the day.

PAGASA expects the typhoon to enter the Philippine Area of Responsibility (PAR) during the afternoon hours of September 12 (LT) when it will name it "Ompong."

The typhoon may strengthen the Southwest Monsoon bringing scattered light to moderate rains and thunderstorms over the Zamboanga Peninsula, Western Visayas and Palawan starting September 13.