Veniaminof volcano continues to erupt, feeding a lava flow confined to the ice-filled summit caldera, the Alaska Volcano Observatory reports. The last known eruption of this volcano took place in 2013.

"Elevated seismic activity, nighttime incandescence in webcam images, and elevated surface temperatures have not changed significantly over the past several days, suggesting that this eruptive activity may have been ongoing throughout that time." 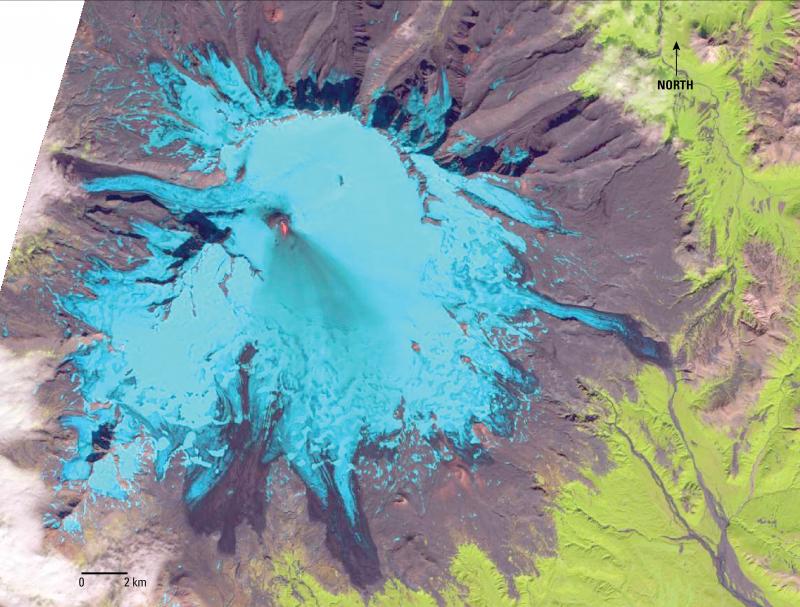 Landsat 8 image of Veniaminof volcano, September 9, 2018.  Note a triangular-shaped patch of thin ash depositson the snow south of the cone. Small lava flows like this one were also erupted in 1983-84, 1993, and 2013. Credit: Chris Waythomas, USGS/AVO

AVO raised the Aviation Color Code to Orange and the Volcano Alert Level to Watch for the volcano at 21:29 UTC on September 4, 2018. The decision to raise alerts was made after a sharp rise in seismic activity as well as low-level ash emissions observed in web camera images and confirmed by observers in Perryville.

Veniaminof's previous eruption (in 2013) started 5 days after AVO detected a gradually increasing seismic tremor on June 8 and persistent steam plume since June 10. The eruption ended on October 12, 2018. It had Volcanic Explosivity Index of 3.