Tropical Storm "Gordon" formed near the Upper Florida Keys at 12:05 UTC on September 3, 2018. However, the storm was affecting southern Florida and dumping heavy rain since September 2, forcing authorities to issue warnings for portions of South Florida and the Keys. This is the 7th named storm of the 2018 Atlantic hurricane season.

The center of the cyclone passed over Key Largo near Flamingo, Florida between 11:00 – 12:00 UTC, producing a west wind in Islamorada and also at an observing site in Florida Bay. Gordon is expected to make a second landfall along the corridor from Louisiana to Mississippi during late Tuesday night or Wednesday morning, September 4 and 5.

A Storm Surge Watch is in effect for Mississippi-Alabama border westward to the Mouth of the Mississippi River.

A Tropical Storm Warning is in effect for Golden Beach to Bonita Beach, Craig Key to Ocean Reef, including Florida Bay, Alabama-Florida border westward to east of Morgan City, Louisiana, including Lake Pontchartrain and Lake Maurepas. 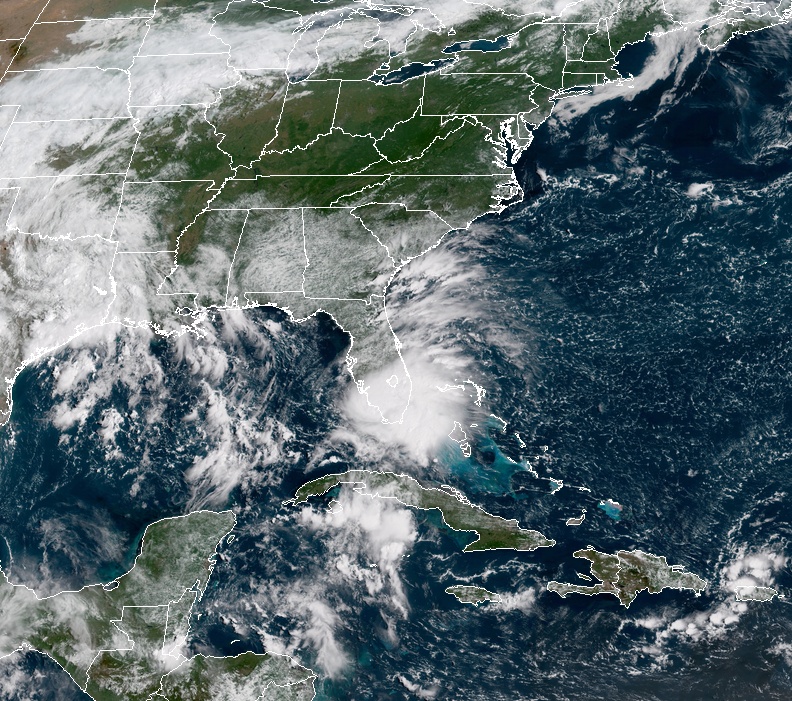 On the forecast track, the center of Gordon will pass over the southern tip of the Florida peninsula this morning, move over the southeastern Gulf of Mexico this afternoon and evening, and reach the warning area along the central Gulf Coast by late Tuesday or Tuesday night (local time), NHC forecaster Stewart noted. 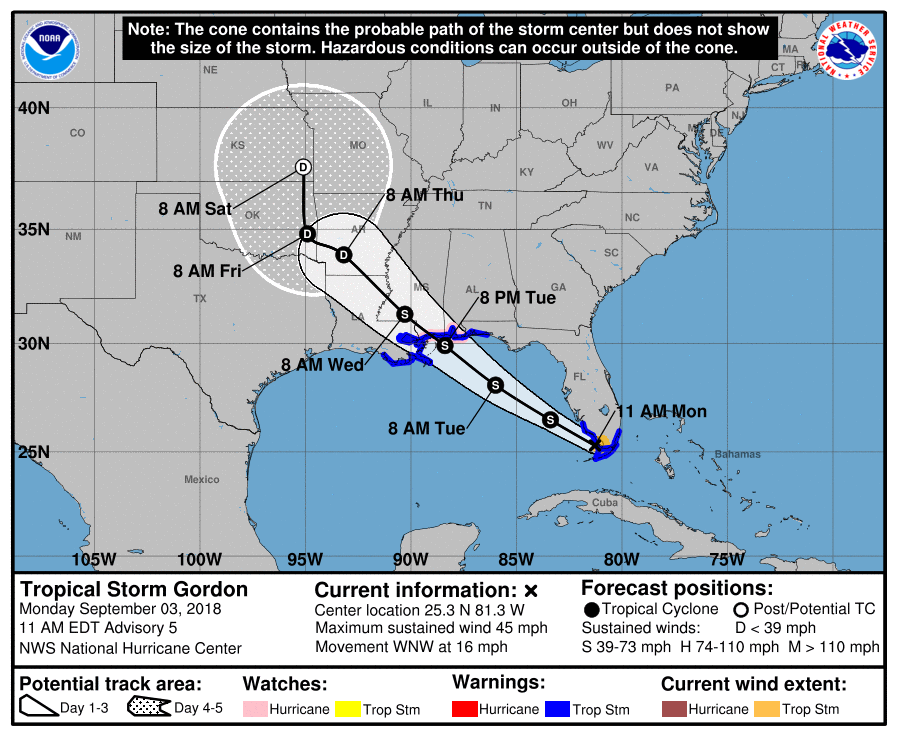 Surface observations and radar data indicate that maximum sustained were still near 75 km/h (45 mph) with higher gusts. However, additional strengthening is forecast during the next 48 hours.

The combination of a dangerous storm surge and the tide will cause normally dry areas near the coast to be flooded by rising waters moving inland from the shoreline, NHC warns.

The deepest water will occur along the immediate coast near and to the east of the landfall location, where the surge will be accompanied by large waves. Surge-related flooding depends on the relative timing of the surge and the tidal cycle, and can vary greatly over short distances.

Gordon is expected to produce total rain accumulations of 50.8 to 101.6 mm (2 to 4 inches) over the central and northwestern Bahamas, the Florida Keys, and South Florida through early Tuesday, September 4. Isolated maximum amounts of 203.2 mm (8 inches) are possible over the southern Florida peninsula.

Total rain accumulations of 101.6 to 152.4 mm (4 to 6 inches) over southern Alabama, southern Mississippi and Louisiana, with isolated maximum amounts of 203.2 mm (8 inches) through early Thursday, September 6.

These rainfall amounts may cause flash flooding. 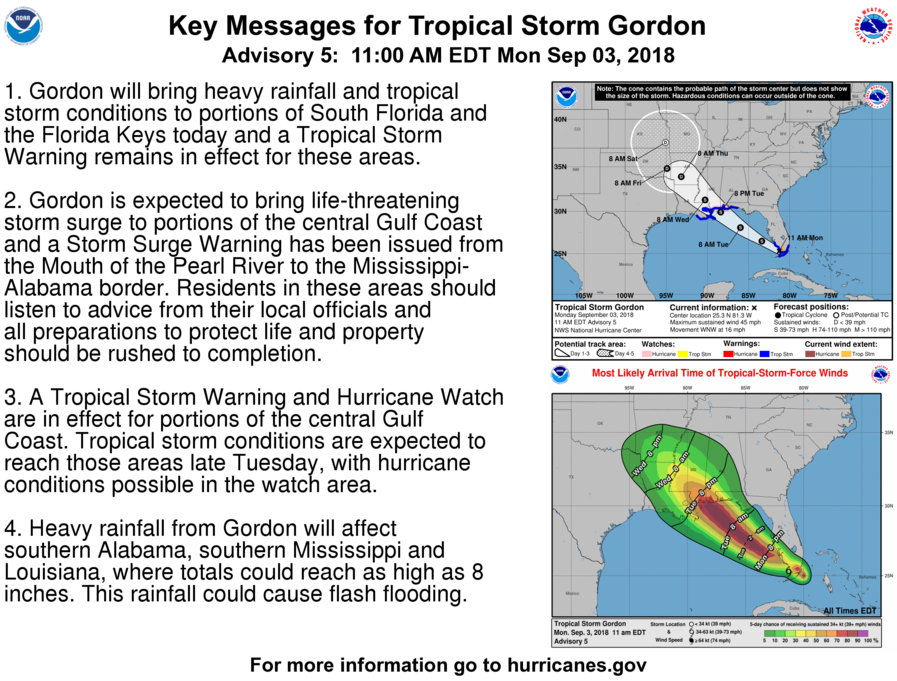