Tropical Cyclone "Linda" formed in the Coral Sea, east of Australia on March 13, 2018 as the 7th named storm of the 2017/18 Australian region tropical cyclone season. The cyclone is expected to stay off the coast and generate large waves and dangerous surf conditions on exposed southern Queensland beaches. Tides are also expected to be higher than normal, particularly on Thursday morning's high tide. 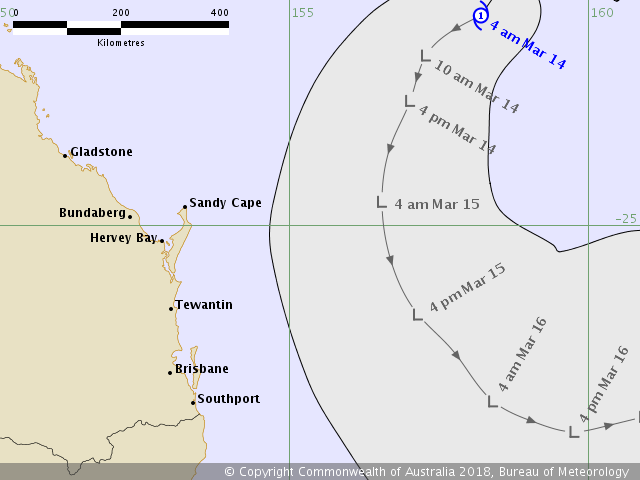 The cyclone has continued its south-southwest path over the past 12 hours and is now showing the results of interaction with higher shear, with low level circulation center displaced to the northeast away from the deepest convection. 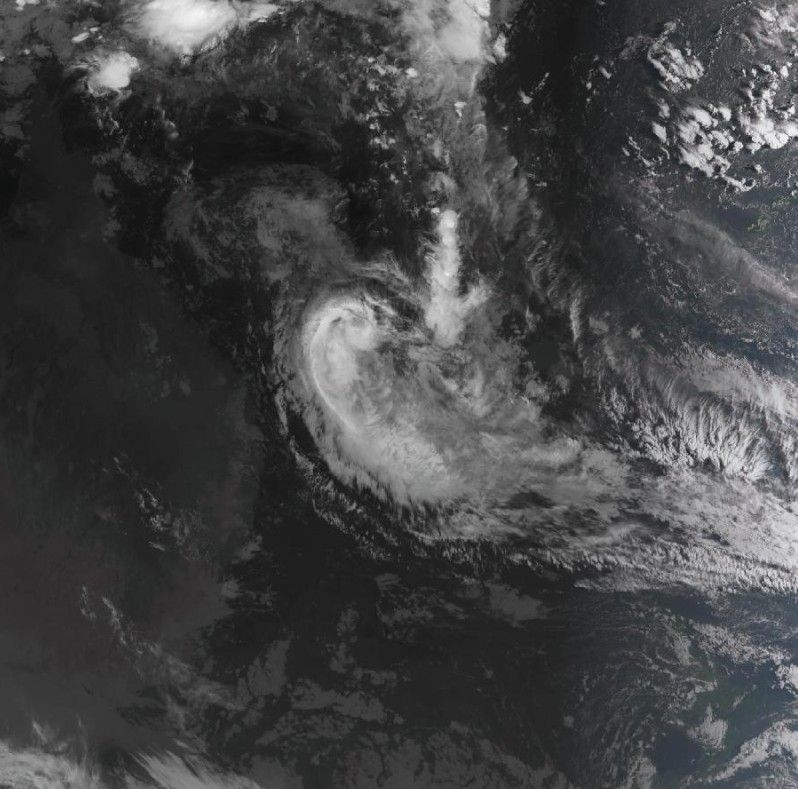 The system will move into greater deep layer shear associated with an upper trough over eastern Australia on Wednesday.

The interaction with this trough is expected to cause the system to continue to lose its tropical cyclone structure and transition into a subtropical low pressure system, particularly after confirmation is obtained from visual imagery as to the position of the LLCC. 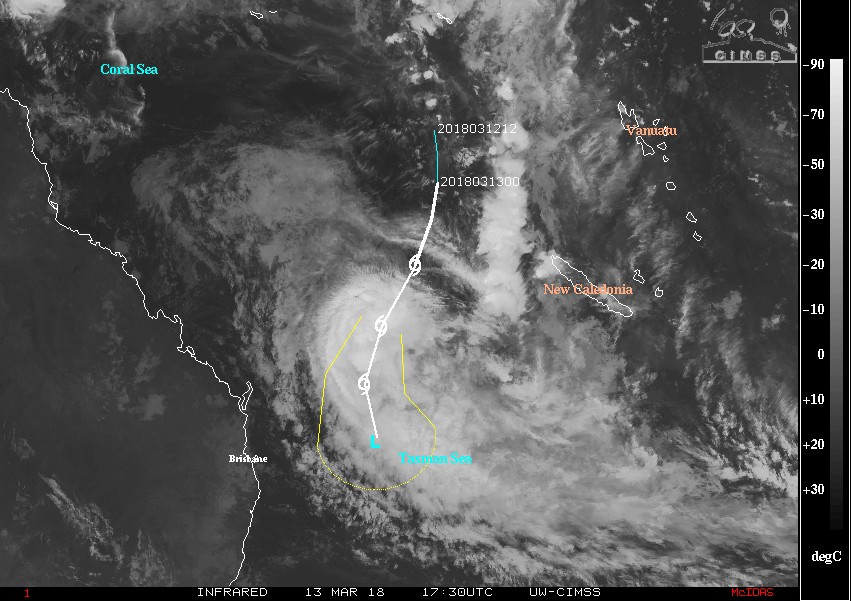 At its closest approach to the coast, the remains of Tropical Cyclone "Linda" will generate large waves and dangerous surf conditions on exposed southern Queensland beaches.

Tides are also expected to be higher than normal, particularly on Thursday morning's high tide. A Severe Weather Warning is current for these conditions.