Boston, Massachusetts has officially broken the highest ever recorded tide since 1921 as a major winter storm swept over the region on January 4, 2018. As the storm passed by, the winds shifted and brought viciously-cold winds from the northwest, turning flood water into ice in parts of the city.

NOAA meteorologist in Boston, Benjamin Sipprell, told The Daily Beast that the blizzard, combined with Thursday’s high tide between 12:00 and 13:00 EST – plus the extraordinary lunar event last month – meant that a flood was poised to take place. 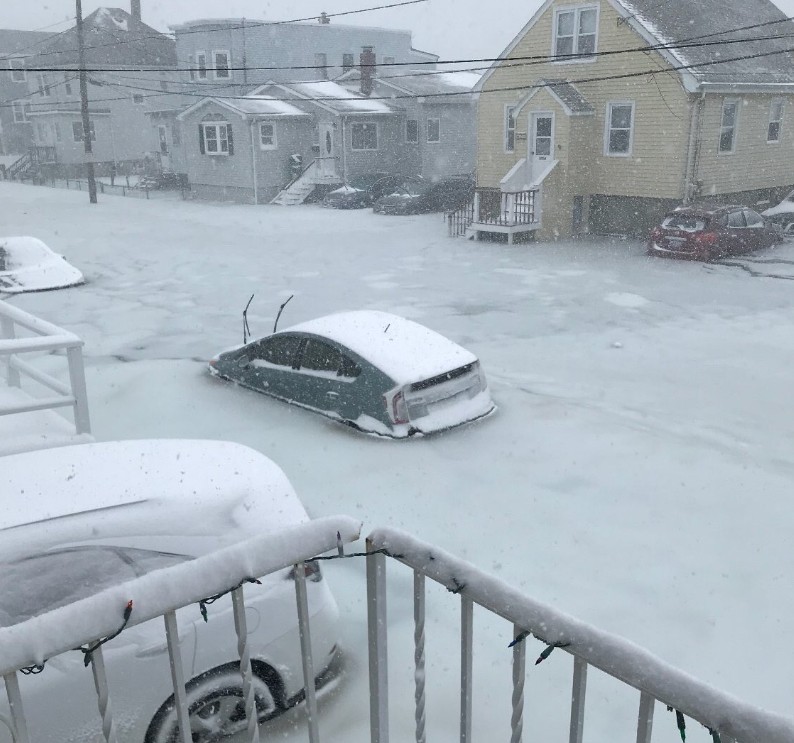 "Leading up to the tide, we had hurricane-force winds and 20-foot [6 m] waves on coasts facing the Atlantic,” Sipprell said. “There was a 2- to 3-foot [60 – 90 cm] surge that got driven into inner bays and inundated a lot of infrastructure, roads, and basements into Nantucket.”

The result was catastrophic, with officials warning residents to stay off streets as the frigid temperatures would ice the water over and freeze vehicles to their locations.

"The storm will continue to bring heavy snow, strong winds, high surf, and dangerous travel conditions to much of northern New England into Friday, NWS said, and will 'pull away from the region later Friday and conditions will gradually improve.'

Very cold temperatures and wind chills will follow for much of the eastern third of the country through the weekend.