Researchers from several European institutions found that northern high-latitude cooling played a role in triggering the rapid termination of the African Humid Period 5500 years ago.

It is one of the driest regions of the Earth, yet, in a cave in the Egyptian Sahara, paintings have been found depicting people swimming. This stone-age art is thought to be up to ten thousand years old and falls into the so-called African Humid Period between 11 500 and 5 500 years before now. Climate scientists still puzzle about the rapidity of aridification and the climate processes that led to this. Now, a group of researchers from several European institutions found that northern high-latitude cooling played a role in triggering the rapid termination of the African Humid Period. 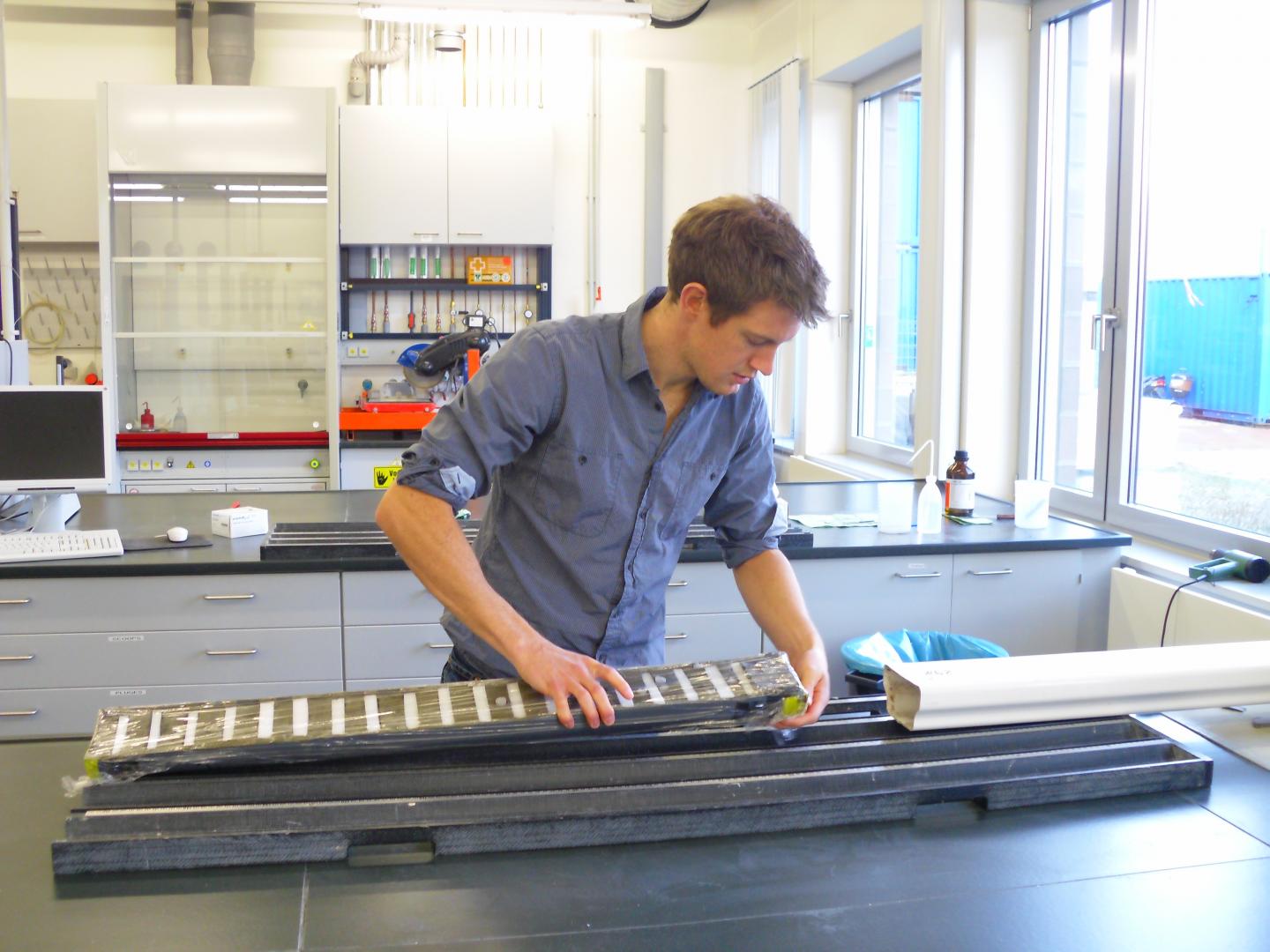 Lead-author James Collins is sampling a sediment core from the Gulf of Guinea.CREDIT: MARUM – Center for Marine Environmental Sciences, University of Bremen

According to the study, appearing in Nature Communications, the temperature drop in the Arctic and in the mid-latitudes of the northern hemisphere weakened strong winds at high altitudes over Africa, the so-called Tropical Easterly Jet.

"This cooling reduced precipitation over Africa, and in combination with a range of other complex climate feedback mechanisms tipped the humid system towards aridification," explains the first author of the study, James Collins from Helmholtz Centre Potsdam – GFZ German Research Centre for Geosciences and Alfred Wegener Institute – Helmholtz Center for Polar and Marine Research (AWI) in Bremerhaven.

The findings are based on analyses of ancient plant leaf wax found in the sediments of the Gulf of Guinea in combination with computer models of the climate system. The wax lipids comprise n-alkanes, i.e. long-chain hydrocarbons, that are produced by plants to protect their leaves. Their hydrogen isotopic composition can be used as an indicator of past precipitation intensity. The wax isotopes told the researchers about rainfall in Cameroon and the central Sahel-Sahara over the past several millennia and showed a rapid aridification around 5 500 years before now.

Although the high-latitude cooling probably did not act alone in driving the aridification, it seems to be have been the missing piece in the puzzle and acted to set the aridification process in motion. "Based on our findings, it appears that future Arctic warming and reduced sea-ice cover could have a strong effect on tropical rainfall", says James Collins.

Project leader Enno Schefuß from the MARUM – Center for Marine Environmental Sciences at the University of Bremen, Germany, adds: "The project was funded by the Deutsche Forschungsgemeinschaft in the priority programme 'Integrated Analysis of Interglacial Climate Dynamics (INTERDYNAMIC)' with the aim to identify potential mechanisms triggering abrupt changes under current climatic conditions. With this study, we could show that small changes in one area can have large impacts in remote places, something that should be considered in future assessments of climate projections."

Provided by GFZ, MARUM and AWI.