500 000 people in Latin America and the Caribbean are at high risk from coastal hazards, according to a new study by researchers at UC Santa Cruz and the University of Cantabria, Spain.

The catastrophic 2017 hurricane season provided ample demonstrations of the vulnerability of populations and infrastructure in coastal areas to natural disasters. A new study by scientists at UC Santa Cruz and the University of Cantabria, Spain, identifies hotspots of coastal risks throughout Latin America and the Caribbean. 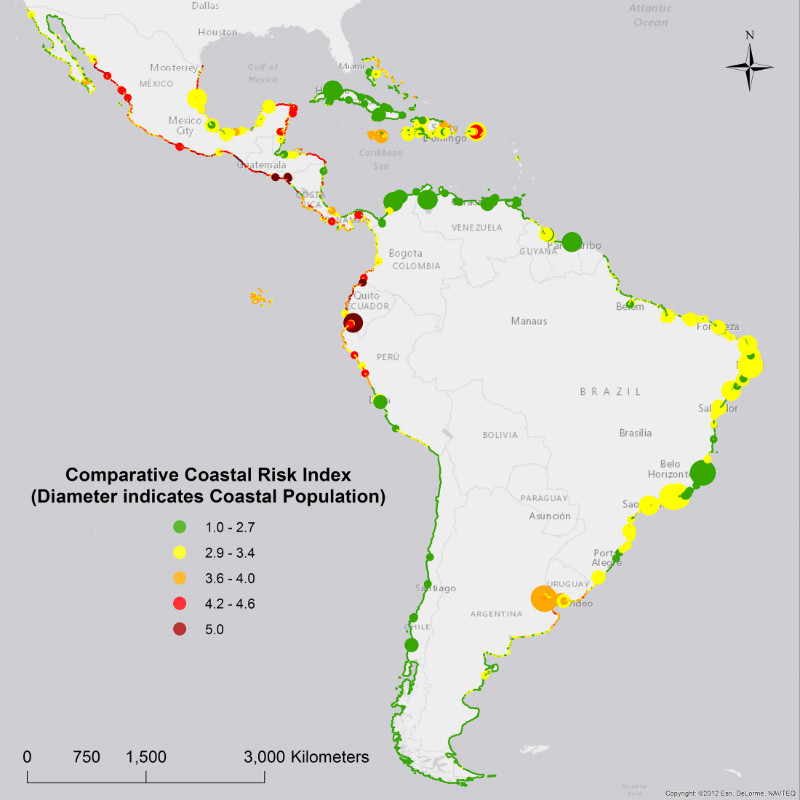 This map shows the geographic distribution of the Comparative Coastal Risk Index (CCRI) in Latin America and the Caribbean. Credit: Calil et al., 2017

Published November 2 in PLOS ONE, the study combined 16 variables related to coastal hazards, geographic exposure, and socioeconomic vulnerability into a Comparative Coastal Risk Index to identify areas at greatest risk.

"We found that more than 500 000 people in Latin America and the Caribbean are living in areas where coastal hazards and poverty converge," said lead author Juliano Calil. "These are communities where scarce critical resources are consistently placed in hazards-prone areas, further exacerbating the impacts of coastal hazards."

The researchers developed techniques for incorporating a wide range of data into their assessments, allowing them to identify major drivers of risk in ways that can inform coastal policies. 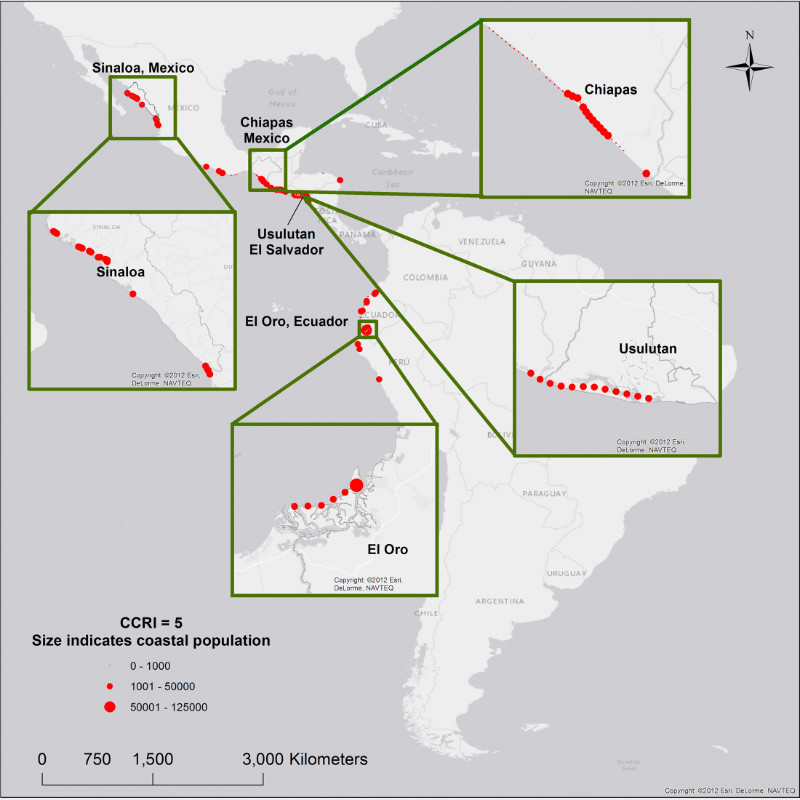 "This study aims at informing coastal risk reduction and adaptation policies by providing the spatial distribution of a variety of key drivers of risk and coastal risk hotspots along the region," said coauthor Iñigo J. Losada, research director at the Environmental Hydraulics Institute at the University of Cantabria.

Major hotspots of coastal risk identified in the study include the coastal province of El Oro in Ecuador, the state of Sinaloa in Mexico, and the province of Usulutan in El Salvador. All three regions have large populations concentrated in areas with the maximum coastal risk index value of 5.

"The techniques employed in the study provide a robust toolset to identify patterns through multivariate and complex datasets," said coauthor Fernando J. Méndez, associate professor of coastal engineering at the University of Cantabria. "This approach has many benefits, including the ability to process large-volume, multidimensional datasets." 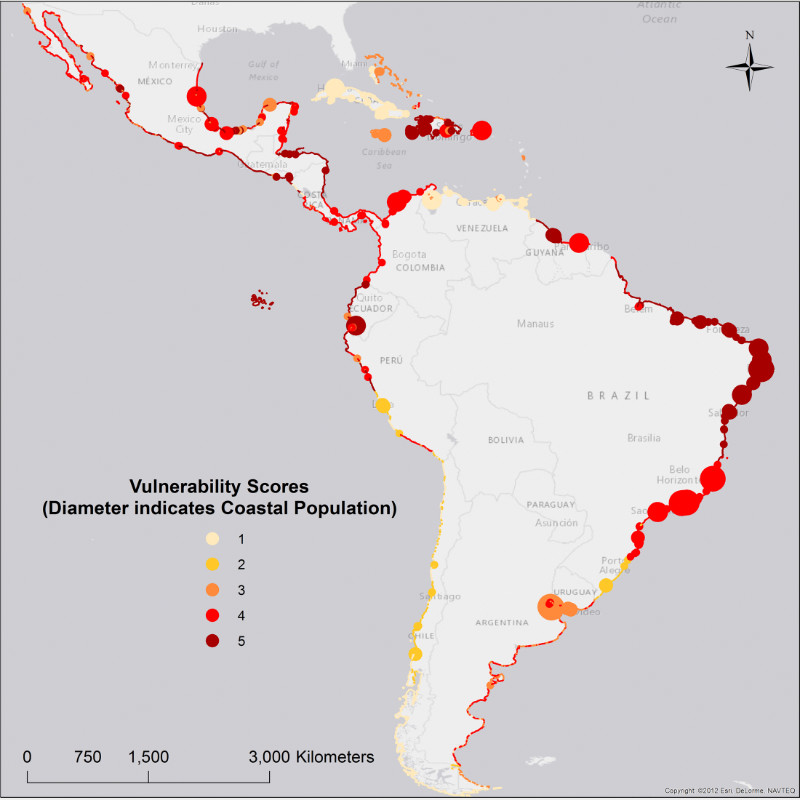 According to Calil, natural hazards cause disproportionate impacts on vulnerable groups, such as the poor, which tend to live in high-risk areas and lack basic resources to prepare for natural disasters. The authors concluded that risk mitigation efforts must look beyond just hardening and armoring the coastline.