A recent article in Reviews of Geophysics explored how regional climate and weather is interconnected across space and time.

Weather patterns are generally described in regional terms but they do not occur in isolation because they are part of the global atmospheric system. A review article recently published in Reviews of Geophysics gave an overview of current understanding of “teleconnections” in atmospheric circulation and weather patterns, focused specifically on interactions that occur between tropical and mid-latitude regions.

The editors asked one of the authors to explain the significance of the topic and describe developments in this research field. 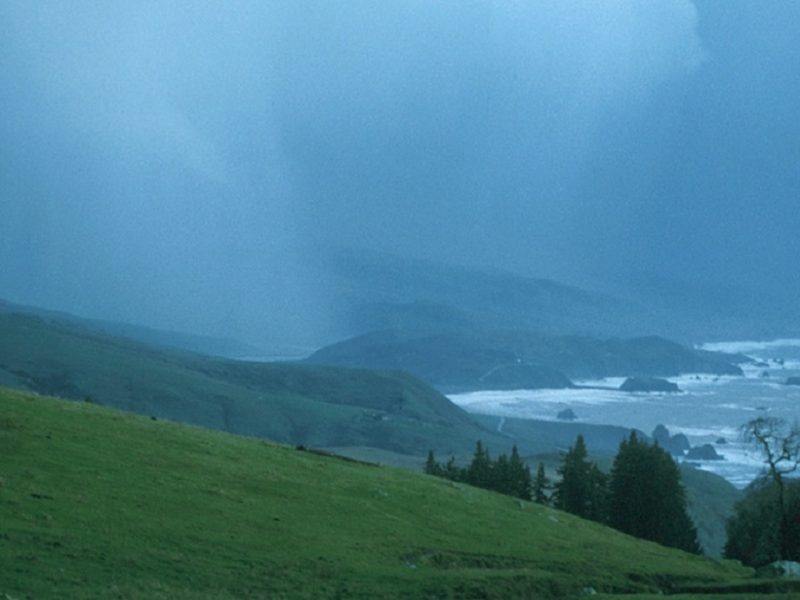 Sometimes "teleconnections" enhance weather events caused by local conditions and turn them into extreme weather events, like this storm that occurred in December 2012 at the mouth of Russian River, north of Bodega Bay, California. The storm was fueled by huge amounts of moisture funneled from the tropics by an atmospheric river. Credit: NOAA

How does the concept of “teleconnections” help with our understanding of global atmospheric circulation?

A teleconnection is usually defined as a linkage between weather changes occurring in widely separated regions of the globe. A teleconnection is a measure of the extent to which these changes increase or decrease in parallel, and whether they move in the same or opposite directions.

They help us to understand the global circulation of the atmosphere by explaining the mechanisms that drive some of the persistent or recurrent patterns (or features) of local weather and climate. Teleconnections explain a large fraction of climatic variability in distant locations, variability that cannot be accounted by the local physical processes, making this a very interesting lens through which to explain weather and climate.

What is an example of a climatic teleconnection?

The increase in sea surface temperature over the central and eastern equatorial Pacific known as El Niño, and the corresponding decrease known as La Niña, contribute to seasonal climate and weather fluctuations in many regions of the globe. For example, during the northern hemisphere’s winter, El Niño conditions can contribute to heavy rains and colder than normal temperatures over the U.S. Gulf States, mild winters in central Canada and northeastern U.S., lack of rain over the Amazon Basin and excess precipitation over South America.

Meanwhile, during the northern hemisphere’s summer, El Niño conditions can contribute to high temperatures over the Indian subcontinent and heavy rains over the western U.S. La Niña conditions contribute to almost reverse conditions over most of these regions, with a few exceptions.

Over what timescales is it useful to study teleconnection patterns?

Timescales can be anything from intra-seasonal to decadal. For example, El Niño and La Niña described above characterize year-to-year variations of climate whereas the intra-seasonal time scale, discussed in our review article, bridges weather and climate, i.e. 20 to 100 days.

On this latter scale, teleconnections manifest as a response of middle-latitude weather to the dominant modes of variability of the tropics (the Madden-Julian Oscillation and the Boreal Summer Intra-seasonal Oscillations, which similar to El Niño and La Niña characterize variations of climate but on shorter time scales).

Sometimes, teleconnections on intra-seasonal timescales are associated with extreme weather events, such as the so-called Pineapple Express, which is characterized by heavy rains that extend from the Hawaiian Islands to the west coast of North America. 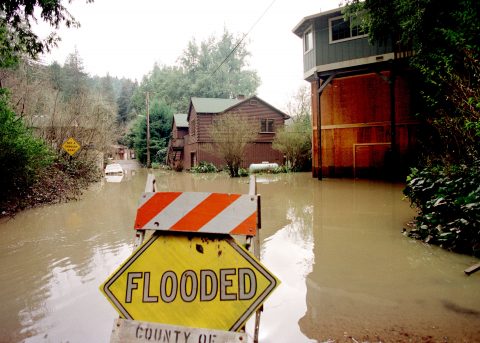 The “Pineapple Express” storm pictured in the main image above caused flooding along the Russian River, California. Credit: FEMA

Why are tropical-extratropical interactions of particular interest?

The interactions on intra-seasonal time scales represent a potential source of predictability for weather forecasting. A teleconnection can be viewed as an outside of the region influence on the local weather and can increase or decrease the intensity or frequency of rain events, cold or warm spells.

What are some of the new research findings in this field?

One new development is demonstrating the potential predictability of intra-seasonal teleconnections for middle-latitude weather because forecast models only recently started to simulate a close to observed variability of tropics (the tropical forcing).

Another development is appreciating that teleconnections are influenced not only by the characteristics of the forcing but also by the local conditions in the response region. This explains why only certain regions are preferred locations for teleconnections and interactions.

What are some of the unresolved questions in this field where additional research, data or modeling is needed?

It is not clear whether separate periods or instances of middle latitudes fluctuations forced by the tropics (and vice-versa) exist in isolation, or whether some degree of two-way coupling is always operating. The potential role of ocean variability in the sub-seasonal atmospheric variability is another line of research that is increasing its visibility with the advancement of high-resolution ocean modeling capabilities.

Challenges for future studies of tropics-midlatitude interactions and teleconnections include a need for a better understanding of the physical processes involved. Although it is possible to estimate teleconnections using linear analysis methods, new approaches designed to account for non-linearities resulting from multiple space and time scale interactions are needed.