Tropical Storm "Ophelia" formed west-southwest of the Azores islands around 09:00 UTC on October 9, 2017 as the 15th named storm of the 2017 Atlantic hurricane season. The storm is now getting better organized and is expected to strengthen into a hurricane, 10th of the season, on October 12 as it heads toward the Azores. 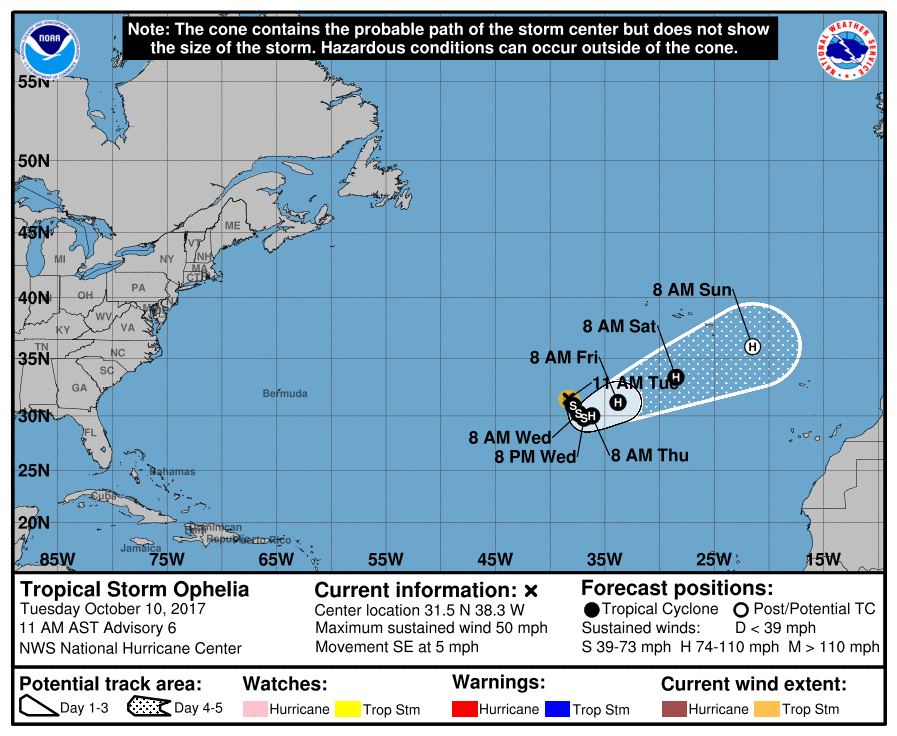 Gradual strengthening is forecast during the next 48 hours, and Ophelia is expected to become a hurricane by Thursday.

Tropical-storm-force winds extend outward up to 110 km (70 miles) from the center.

There are currently no coastal watches or warnings in effect. 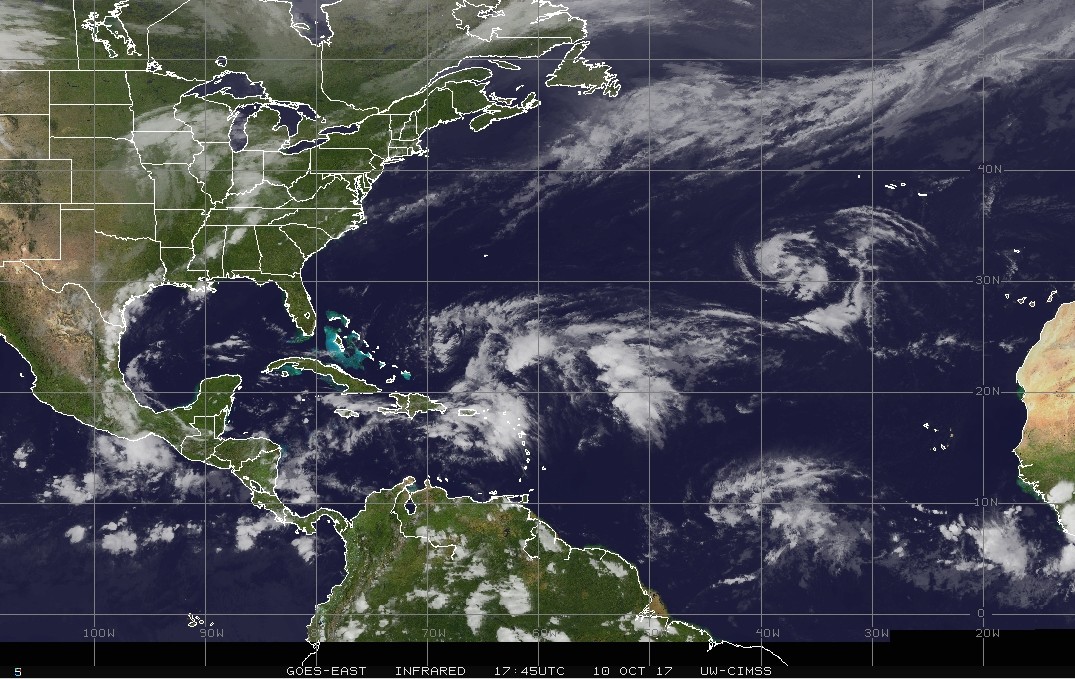