This general motion, accompanied by an increase in forward speed is expected through the rest of the day, followed by even faster motion toward the NNE by Wednesday night, November 8. 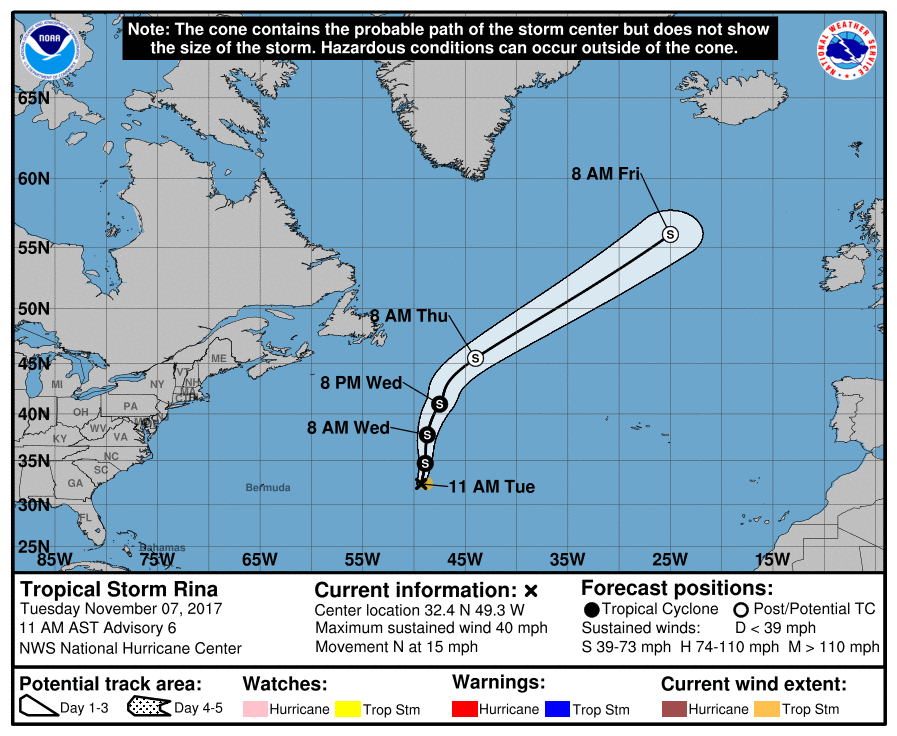 "Thunderstorms continue to increase near and on the northeastern side of Rina. However, the center remains partially exposed due to southwesterly shear," NHC forecaster Blake noted.

"The environment around Rina is expected to be only slightly supportive of intensification for the next day or so with moderate shear and cool upper-level temperatures offsetting marginal sea surface temperatures," he added. "In about 48 hours, Rina should interact with a frontal boundary and become post-tropical. Model guidance is in fairly good agreement on this scenario and little change was made to the previous intensity forecast, which is near or slightly above the consensus."

Rina should move rather rapidly to the northeast later this week over the far northern Atlantic ahead of a shortwave over the Canadian Maritimes and dissipate by November 10, well west of Ireland.

Its remnants, however, are expected to reach Ireland and the United Kingdom on Friday or Saturday, bringing rain and gale force winds. 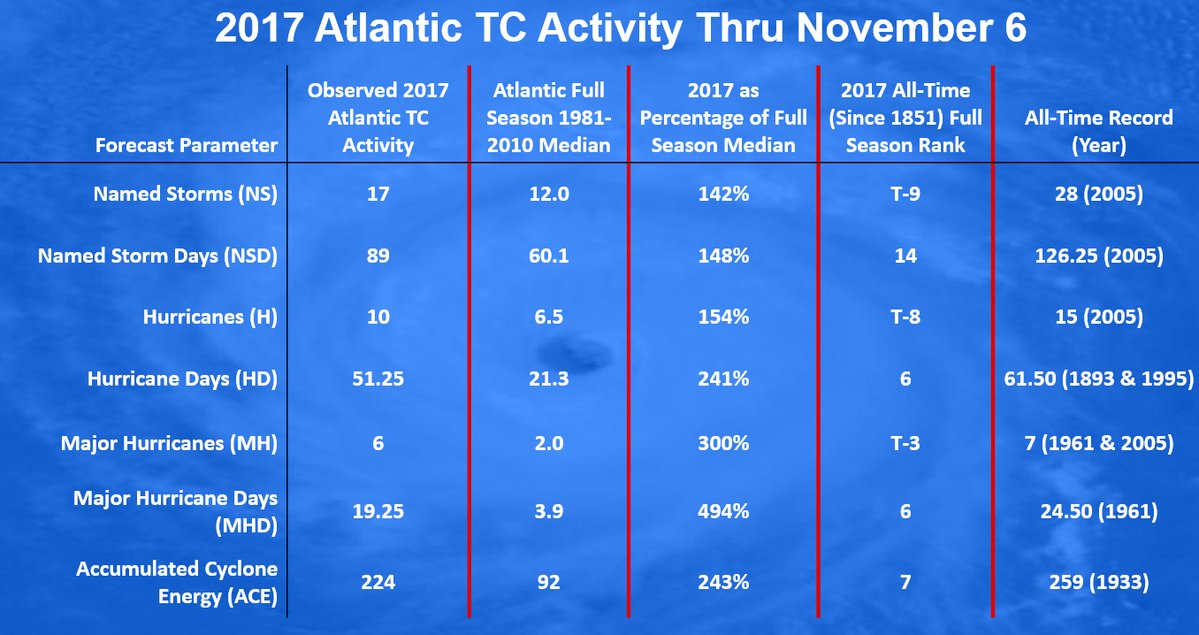 While the hyperactive 2017 Atlantic hurricane season officially ends on November 30, this doesn't mean Atlantic tropical cyclones can't form after it ends, or before it officially starts (June 1), as observed in recent years.

Tropical Storm "Arlene," for example, formed on April 20 and became the first named storm of the 2017 Atlantic hurricane season. Tropical storm formation over the Atlantic basin is very rare during the first four months of a year, but there has been a recently noticed trend in early starts to the season, with 2012, 2015 and 2016 all reporting tropical cyclone formation before June 1. The most notable was Hurricane "Alex" which developed on January 1, 2016, and soon broke numerous records.

The occurrence of that system was very unusual, as only four known storms have formed in January since the records began in 1851. Alex is the strongest January hurricane in history.