Subtropical Storm "Alex" formed in the far eastern Atlantic Ocean at 21:00 UTC on January 13, 2016, and intensified into a hurricane at 15:00 UTC on January 14. The occurrence of the system during this time of the year is very unusual, as only four known storms have formed in January since the records began in 1851. The hurricane is expected to affect the Azores during the night of January 14 to 15 with strong winds and abundant rainfall. National Hurricane Center (NHC) issued a hurricane and a tropical storm warning for the islands at 15:00 UTC.

An extratropical low pressure system that developed in the Atlantic on January 8 has now officially strengthened into a hurricane. The system is the first named storm of the 2016 Atlantic hurricane season, which is regarded quite unusual for this time of the year, as the season usually runs from June to November. But, that's not all.

This animation of GOES-East satellite imagery from January 10 to 14 shows the development of Hurricane "Alex" in the Atlantic Ocean. Credit: NASA/NOAA GOES Project 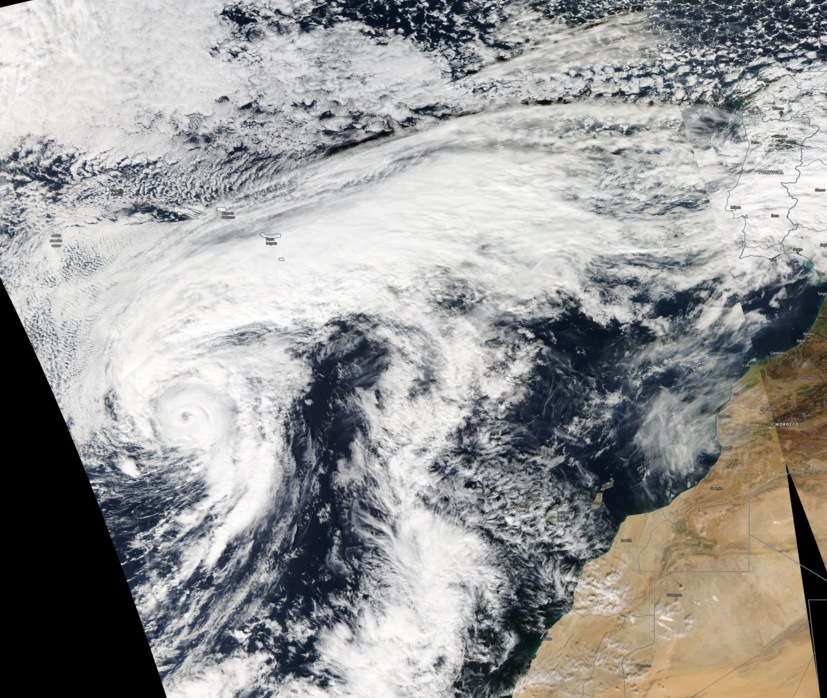 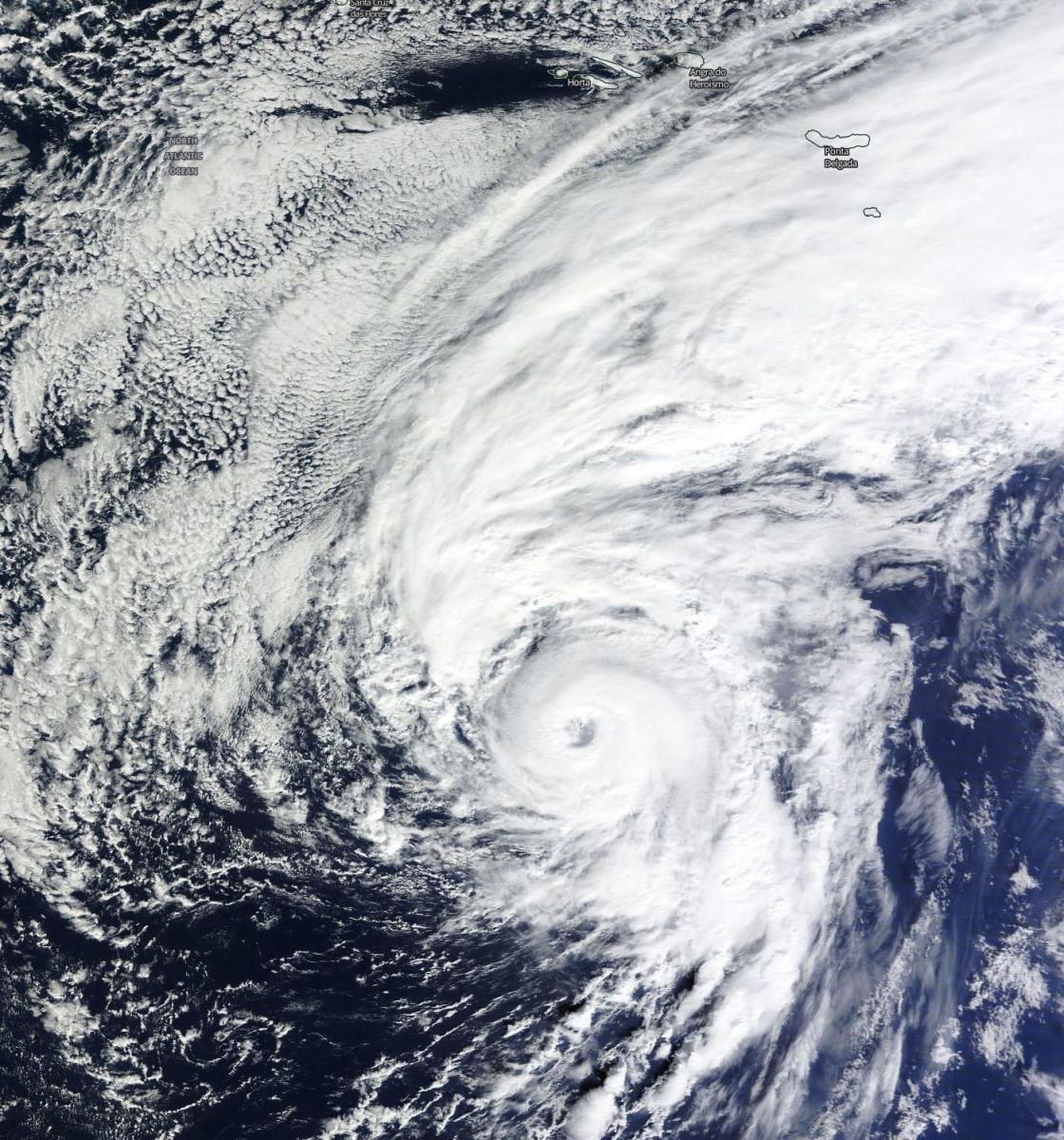 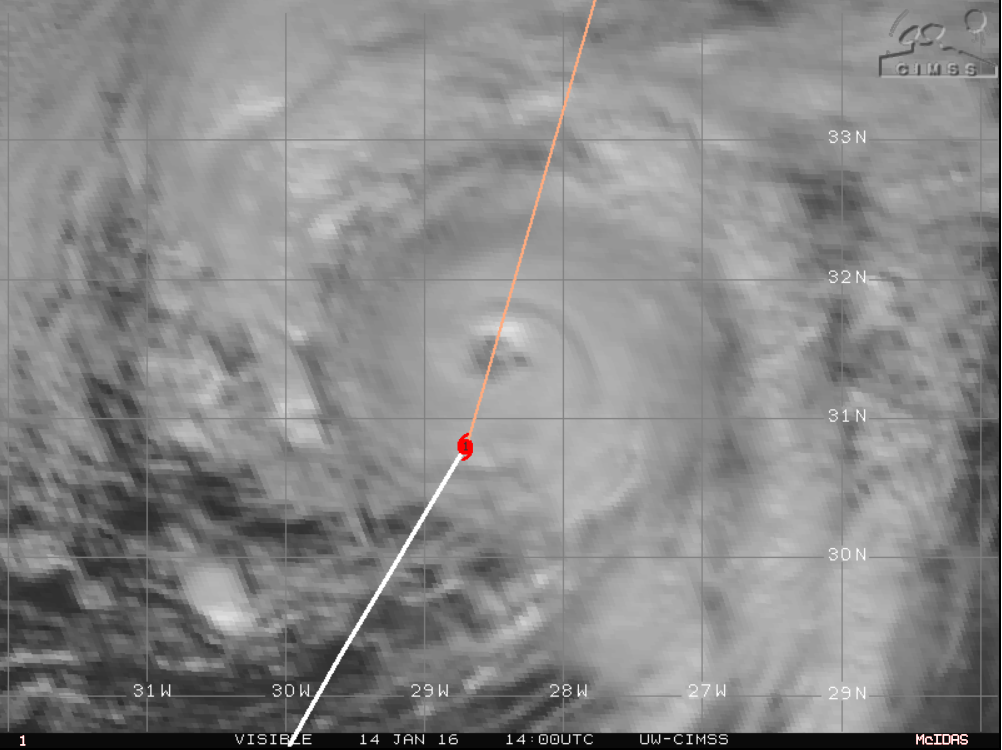 Winds of hurricane force extend up to 35 km (25 miles) from the system's center while the tropical storm force winds extend up to 240 km (150 miles) outward.

The hurricane is expected to turn northwards and speed up during the afternoon of January 14 and move near or over portions of the Azores on the morning of January 15. Little strength fluctuations are forecast over the next 24 hours. 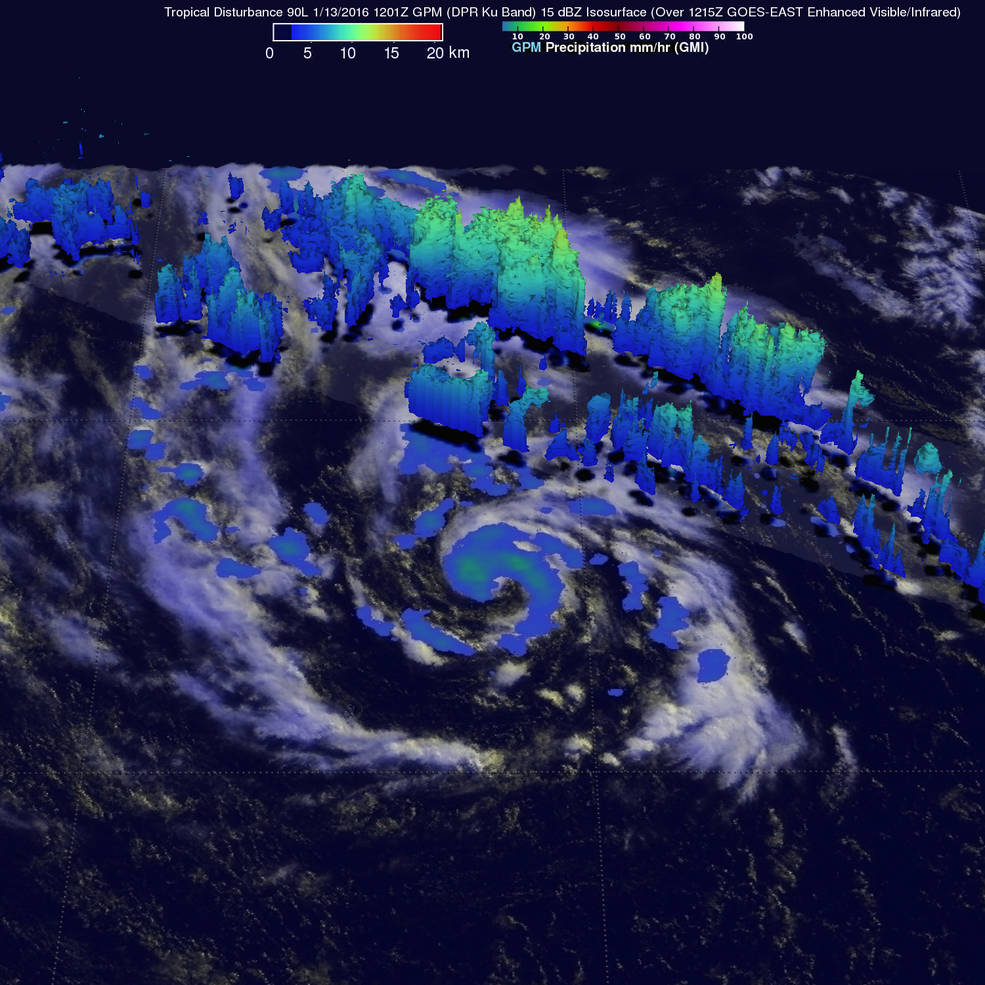 Tropical storm force winds will start to hit portions of the Azores by tonight. Hurricane conditions are expected to spread over the central Azores by early January 15. NHC warns winds could be up to 30% stronger atop and on the wind-facing sides of hills and mountains while in some other elevated locations wind speeds can be even greater.

Hurricane "Alex" will most likely produce total rain accumulations of 76.2 to 127 mm (3 to 5 inches) over the Azores through January 15. Locally isolated portions could receive up to 177.8 mm (7 inches). These amounts of precipitation are capable of producing life-threatening flash floods and mudslides.

NHC warned the system would produce a dangerous storm surge that will induce significant coastal flooding near and to the east of the hurricane's center. Near the coast, the surge will be accompanied by large and destructive waves.