A fierce storm hit Sydney, Australia on January 14, 2016. Powerful winds knocked down power lines, damaged buildings and caused traffic disruptions across the affected areas. One person died and another suffered serious injuries in a weather-related incident.

A massive storm that swept Sydney left over 40 000 homes and business in the southern part of the city without power, media reported. The affected areas include Parramatta, Sutherland, Sydney Airport and Sydney Olympic Park. 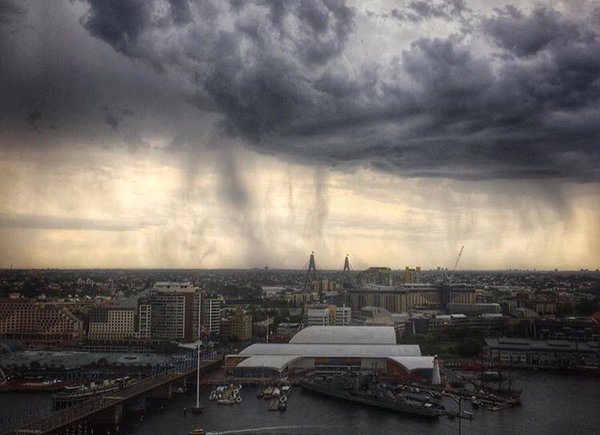 145 storm-related incidents were recorded by the Fire and Rescue services in New South Wales (NSW). A gas leak caused by the damage from the storm was also reported at Elizabeth and Victoria Streets in Wetherill Park. Extensive damage was inflicted to a number of homes, cars and power lines in Emu Plains and Penrith, according to the local police.

According to BOM's latest report, the immediate threat of severe thunderstorms has passed, but the situation will continue to be monitored and further warnings will be issued if necessary. The State Emergency Service has advised residents to keep clear of fallen power lines, creeks and storm drains and to avoid walking, cycling or driving through flood waters.