An extratropical low pressure system developed in the Atlantic, north of Bermuda on January 8, 2016. There are chances the system could intensify into a tropical storm during the next week. Regardless of the development, it will produce dangerous marine conditions in the central Atlantic and the NWS Ocean Prediction Center issued warning advisories accordingly. 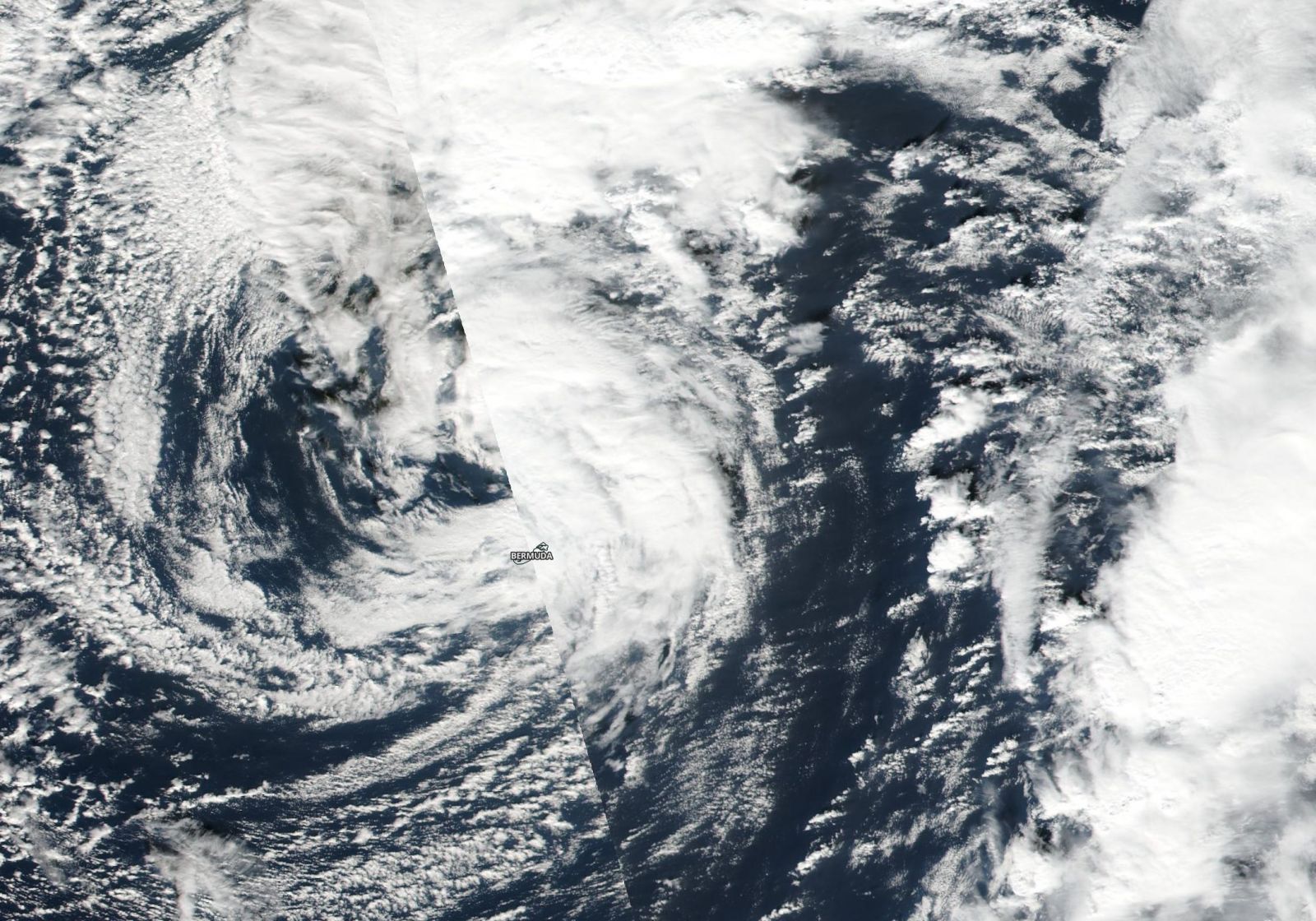 The low is currently located in an environment of strong upper-level winds, dry air and cool sea surface temperatures which means the chances for tropical or subtropical cyclone formation over the next few days are quite low. However, as it the moves southeastward into the eastern subtropical Atlantic during the next week, the low will find itself in a more favorable environment and it could develop some subtropical characteristics. 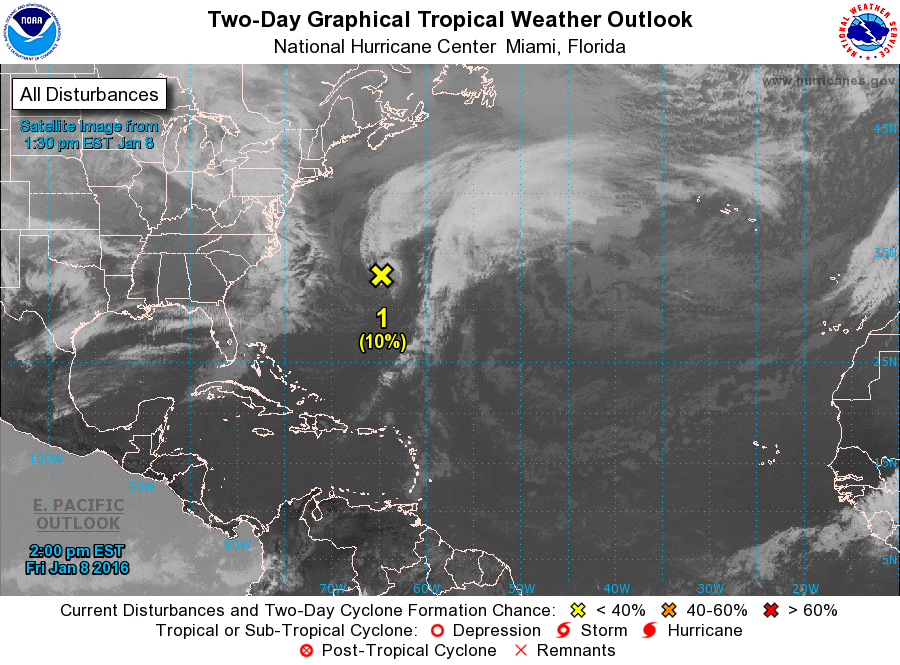 Whether the low develops further or not, this system is expected to produce hazardous marine conditions over parts of the central Atlantic in the coming days, National Hurricane Center (NHC) warns.

If the system develops into a tropical storm it will become the first named storm along the East Coast of the 2016 hurricane season, an occurrence quite unusual for this time of the year. Its name will be Alex.

Five such storms have developed since 1900, but the only named storm in January to make a landfall was Alice in 1954.