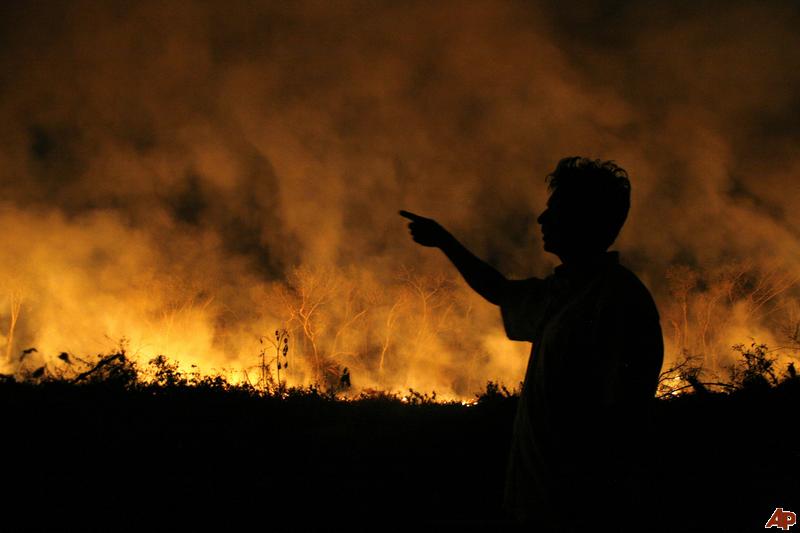 May usually marks the end of the fire season in Mexico. Sometime during the month, the first wet-season rains begin to fall, followed by a soggy five months. Yet, on May 20, 2011, when the Moderate Resolution Imaging Spectroradiometer (MODIS) on NASA’s Aqua satellite took this image, the fire season was still going strong. Fires, marked in red, were burning throughout the country, casting a smoky haze from the Pacific Ocean to the Gulf of Mexico.

The widespread fires shown here are evidence of the extreme fire season 2011 turned out to be in Mexico. By May 19, more than 530,000 hectares (1,300,000 acres or 2,000 square miles) of land had burned in the country since the beginning of the year, said the Mexican government. In terms of area burned, 2011 surpassed every year since (and including) 1998, making it one of the most challenging fire seasons in 30 years.

What made the 2011 fire season so extreme? In part, the answer lies in the 2010 rainy season, one of the wettest on record. Rains from Hurricane Alex flooded northern Mexico in July, and then torrential rains caused widespread flooding in southern Mexico in September. All of this excess water allowed thick grass to grow. During the dry season, which begins in October and lasts through May, the grass dried, providing ample fuel for fires. 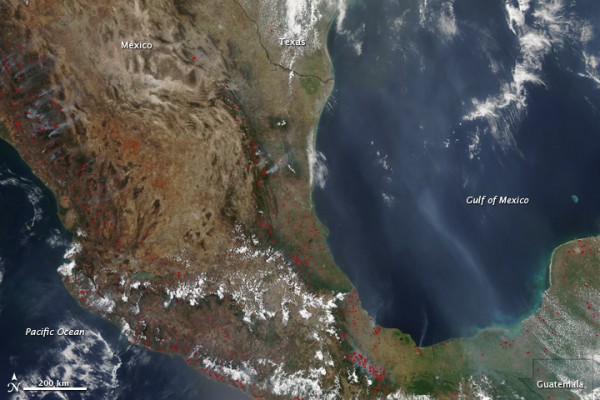 In April and May, hot, dry, and windy conditions allowed fires throughout the country to surge out of control. Many of the fires started as agricultural fires, traditionally used to clear farm or pasture land, said the Ministry of Environment and Natural Resources. The widespread nature of the fires in this image suggests that people deliberately started many of them.

Most of the land burned in 2011 was grassland. This means that even though the fires burned a greater area in 2011, the ecological impact is far smaller than the last severe fire season in 1998, when large tracts of rare forest burned. The grasslands will recover in the next rainy season. (Earth Observatory)