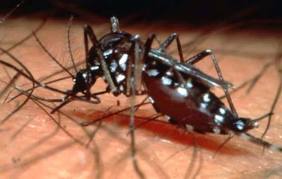 The Colombo City, Sri Lanka, is facing the worst dengue epidemic ever Colombo Municipal Council (CMC) said yesterday, may 24th. National Hospital Colombo, Military Hospital and vicinity of the Colombo Port had been identified as the major mosquito breeding grounds in the city.

There had been 885 reported dengue cases in the city this year out of which 50 percent is reported to be school children, and 195 cases reported this month.

Chief Medical Officer CMC Dr. Pradeep Kariyawasam told a news conference yesterday that few doctors attached to the National Hospital Colombo had fell victim to Dengue while the nurses quarters is also found to be a breeding ground. In addition, several Chinese nationals who were working at development projects in Colombo were also infected.

New complication of dengue DEN 3 had also raised its head in the city.

Dr. Kariyawasam claimed that the school principals have turned a deaf ear to the repeated requests made by the CMC to keep the schools clean while lack of public support as a whole had been one of the reasons for the epidemic.

However, he said the Colombo City only accounts to 7 percent of the country’s total number of cases though there is a school of thought that most reported cases are from the capital city. He said the disease had come from elsewhere though there is an idea that the germs had existed within the city itself.