This earthquake poses no tsunami risk, JMA said. It comes just 7 hours after a shallow M6.0 earthquake hit off the east coast of Honshu.

There were no immediate reports of damage or injuries. 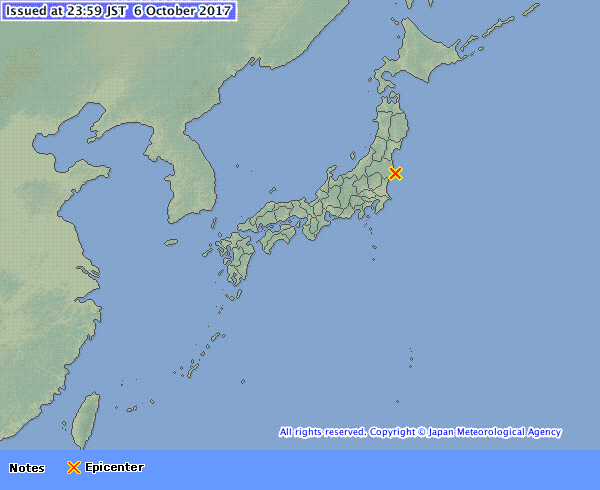