The main fault responsible for the creation of Himalayan mountains is capable of producing major, highly destructive earthquakes along its entire arc, a new geological research shows after analysis of the previously unstudied portion of the fault in the country Bhutan.

The Himalayas are the highest mountain range on Earth, created as the Indian tectonic plate subducted under the Eurasian plate and spreading from northwest to southeast along about 2 400 km (1 500 miles).

They are known for generating some the largest earthquakes on the planet, such as Gorkha April 2015 earthquake, responsible for devastating Nepal. However, so far, the researchers couldn't show if every region along the long arc was capable of producing earthquakes.

The Bhutan country was left isolated throughout the 20th century, as scientists were allowed to enter its border only on rare occasions. So, the researchers thought the country might have been the only major segment of the Himalayas which didn't experience a major earthquake over the last 500 years.

However, following a M6.0 earthquake which struck the country in 2009, the doors of Bhutan were finally open for scientists to conduct geophysical research.

The researchers traveled to the country between 2010 and 2015 to catalog small earthquakes and perform the study of how the Indian Plate structure changes as it subducts underneath the mountains. The important question was to investigate the historical occurrences of major earthquakes in the country.

They discovered a biography of Tenzin Lekpai Dondup, the famous 18th-century Buddhist monk and temple builder. In his work, a large earthquake from May 1714 was reported to destroy the Gangteng monastery.

The description found in the historical biography, however, didn't mention the location of the major earthquake. 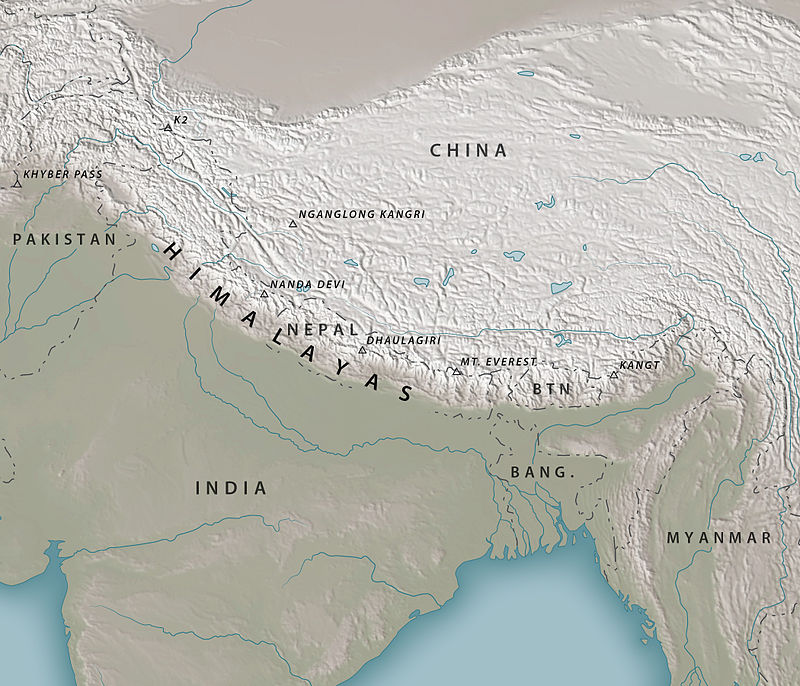 “We are able for the first time to say, yes, Bhutan is really seismogenic, and not a quiet place in the Himalayas,” said György Hetényi, a geophysicist at the University of Lausanne, Switzerland and lead author of the research.

To study this further, the scientists dug trenches around the fault line to explore whether one side of it had moved vertically in relation to the other, and the research yielded positive results. That study uncovered evidence that a rock uplift on one side of the fault happened between 1642 and 1836.

When combined with other historical documents, the researchers were finally able to locate the earthquake and estimate its strength.

The major earthquake most likely occurred in the west-central Bhutan and had a magnitude between 7.4 and 8.5. The quake was strong enough to unzip a large segment of the thrust likely between 100 and 300 km (60 and 200 miles) of the fault.

The research, thus, closes the seismic gap in the Himalayan arc and can help in understanding the earthquake potential in the densely populated Himalaya region.