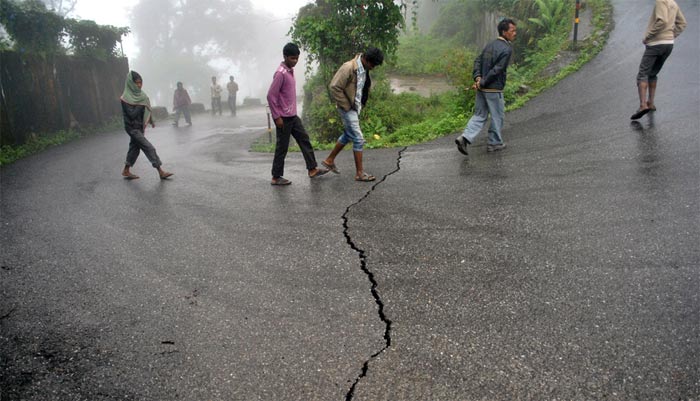 A magnitude 6.9 earthquake hit Sikkim, India at 12:40 UTC on September 18, 2011, at a depth of 20.7 km. The earthquake caused victims and huge damage in Sikkim (India), India and Nepal. It was also well felt in Bangladesh.

The quake occurred near the boundary between the India and Eurasia plates, in the mountainous region of northeast India near the Nepalese border. Initial analysis suggests the earthquake was complex, likely a result of two events occurring close together in time at depths of approximately 20 km beneath the Earth's surface. 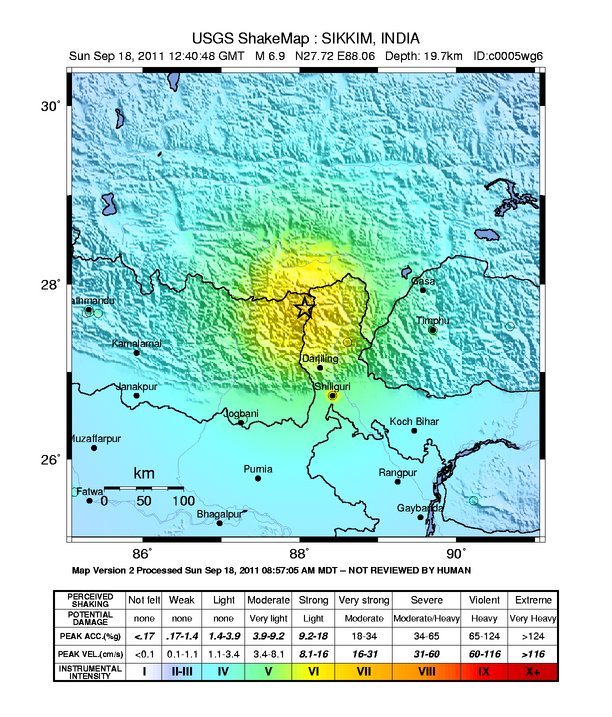 At the latitude of the September 18 earthquake, the India plate converges with Eurasia at a rate of approximately 46 mm/yr towards the north-northeast. The broad convergence between these two plates has resulted in the uplift of the Himalayas, the world's tallest mountain range. The preliminary focal mechanism of the earthquake suggests strike slip faulting, and thus an intraplate source within the upper Eurasian plate or the underlying India plate, rather than occurring on the thrust interface plate boundary between the two.

This region has experienced relatively moderate seismicity in the past, with 18 earthquakes of M 5 or greater over the past 35 years within 100 km of the epicenter of the September 18 event. The largest of these was a M 6.1 earthquake in November of 1980, 75 km to the southeast. (USGS)

The collision with the Eurasian Plate along the boundary between India and Nepal formed the orogenic belt that created the Tibetan Plateau and the Himalaya Mountains, as sediment bunched up like earth before a plow. 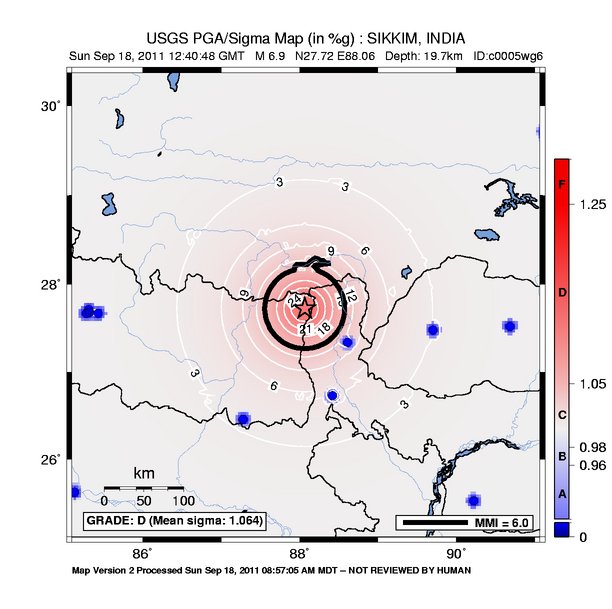 “The epicentre of the tremor lies just below the Kanchanjungha liniament or hidden fault, making it extremely earthquake prone,” said Shankar Nath, head of the geophysics department who is also the lead scientist of the project. 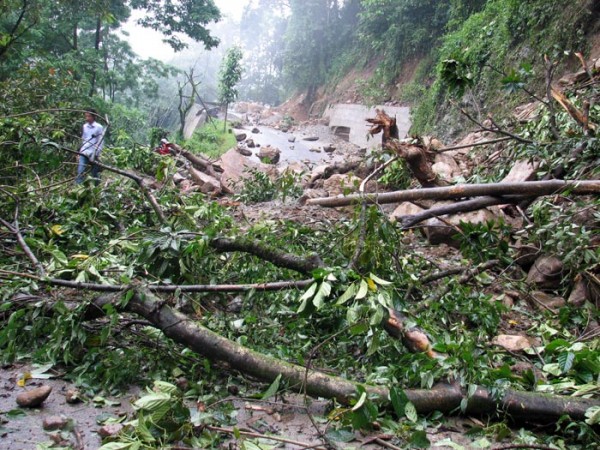 The AstroCartoGraphy map for the earthquake shows Venus, Uranus, and Pluto all angular at the epicenter. Venus has been translating the epic Uranus-Pluto square of revolution and evolution, and these are sharply focused in the earthquake chart. Uranus is rising, Venus is setting, and Pluto is culminating. These simultaneous angularities are know as parans. Pluto just stationed-direct on Sept. 16 so is virtually stationary now, and thus it's power is concentrated. (StellarInsight) 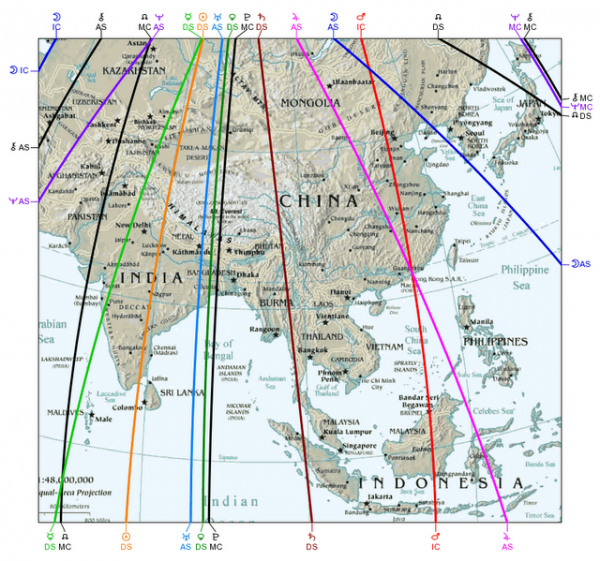 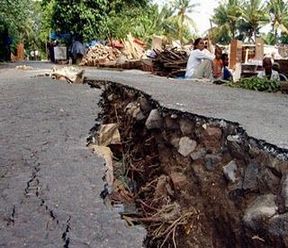 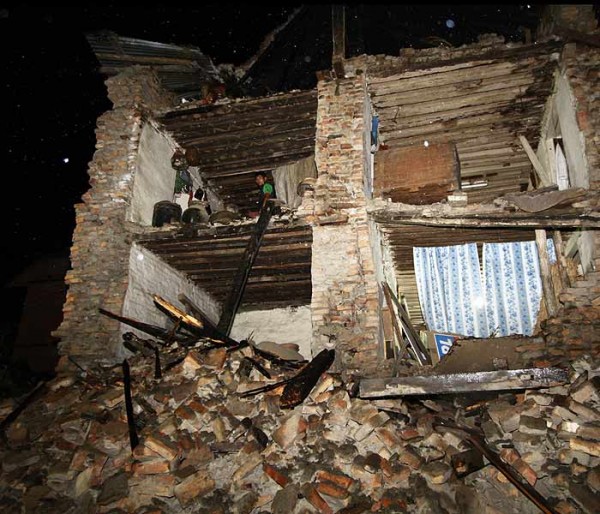 Sunday's earthquake reached the comparatively safer seismic zones of South Chotanagpur plateau, besides generating cracks in buildings and roads in different parts of the state, and exposed the lack of preparedness of the state administration in handling such eventualities. Once the panic of tremors started subsiding by late evening, rumour mills started working and hundreds of people came out in the open late in night after some anonymous SMSes and phone calls circulated in capital predicting another shock at 11.30 PM. (TimesOfIndia)

Rescue teams backed by army sappers using explosives tried to force their way on Tuesday to the remote epicentre of a powerful Himalayan earthquake that killed 67 people in India, Nepal and Tibet. Before the grim search for more victims can even begin, the main challenge is to reach the isolated, mountainous impact zone on the border between Sikkim and Nepal after Sunday's 6.8 magnitude quake. (HindustanTimes)