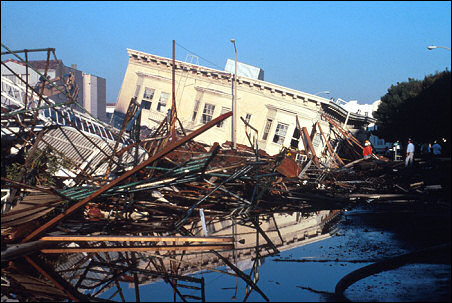 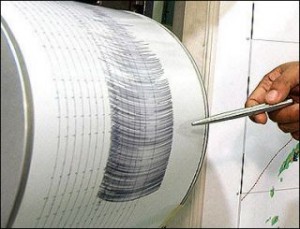 The president of the Colegio Oficial de Geólogos (ICOG), Luis Suárez, has warned that Spain may be due a major earthquake soon, if statistics of history and monitoring are anything to go by.

Statistically, Spain has suffered a major, destructive earthquake every 70 years, but as the last one was in 1884, the risk of reoccurrence may be increasing with every day that passes.

There has been an increase in minor earthquakes in high risk areas of Spain over recent years, and studies suggest that this may be a warning of impending disaster, potentially affecting the already recognised high risk areas of Andalusia and Murcia.

Suárez has pointed out in a recent interview for a Spanish newspaper that the tectonic plates that are located under the earth are constantly moving and colliding, creating faults, which release large amounts of energy, producing an earthquake.

“Today we still do not have the tools to know exactly when an earthquake will happen, which is why we can only resort to historical statistics,” he added.

The last major earthquake occurred on December 25, 1884 at Arenas del Rey (Granada), with a magnitude of between 6.5 and 6.7 degrees on the Richter scale. At that time 900 people were killed, 2,000 injured and the quake destroyed more than a thousand houses. Since then, according to Suárez “almost every day there are micro-earthquakes in southern Spain but none relevant, as they rarely exceed 4 on the Richter scale. “

The southern Iberian Peninsula is an area between the Eurasian Plate and the African plate, the plate being in the middle of the Alborán Sea, concentrating the highest rate of earthquakes. In addition, particularly high-risk areas are the provinces of Málaga, Almería, Granada and Murcia but also in the Pyrenees, between Navarra and Huesca.

Of the twelve major earthquakes that have occurred in Spain in the last 600 years, the worst recorded quake took place in 1829 in Torrevieja (Alicante), resulting in most of the area being destroyed and leaving 400 people dead. That earthquake displayed a magnitude of 6.9 at its highest, although there were also aftershocks with some considerable time difference apart.

Concern over earthquakes is growing globally, following the major devastation caused recently in Italy and New Zealand, to name but two of these natural disasters.