There seems to be some confusion over the exact height of Mount Everest, the world’s highest mountain.

Chinese and Nepalese officials have disagreed over the height of the iconic peak. The Nepalese has decided to clear the air, and will re-measure the mountain itself, reported the AFP. 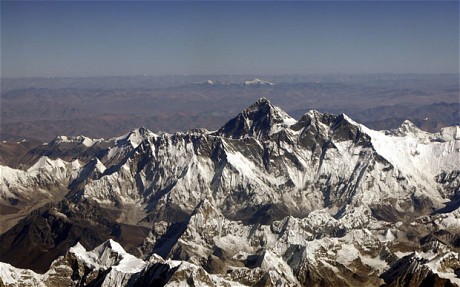 The mountain is on the border between Nepal and Tibet, which is controlled by China, in the Himalayan mountain range. Everest is thought to be 8,848 meters (29,029 feet) tall, according to a 1954 measurement. But more recent measurements suggest otherwise. Chinese officials often state the height as 8,844 m (29,016 feet). (The first measurement includes the mountain’s snowcap, while the second is of the rock peak.)

Now that Nepal’s government has the technology to measure Everest, they have begun to measure the mountain’s height for the first time in their country’s history. A spokesperson for the Nepalese government said the measurement mission would take two years and will involve GPS satellites. 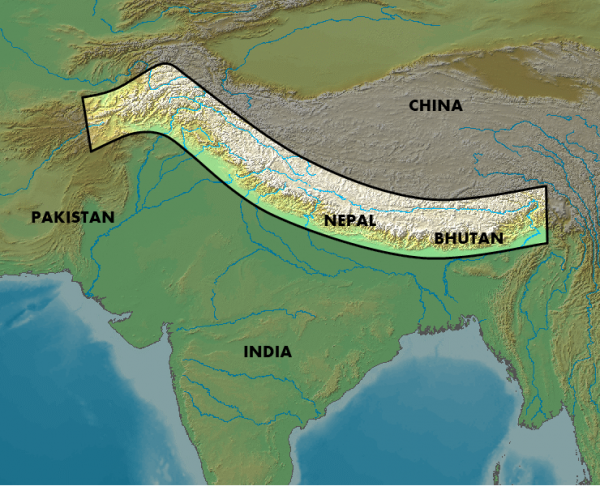 Whatever number they come up with, Everest isn’t likely to lose its ranking as the world’s highest mountain. The world’s second-highest mountain is another storied peak, K2 (Chogori) on the border of Pakistan and China, at 8,611 m(28,251 feet ).

Everest was first measured in 1856, but no one climbed the giant mountain until Sherpa Tenzing Norgay and Edmund Hillary hit the summit in 1953.

Everest is a popular tourist spot, despite the Nepalese government’s requirement that all prospective climbers obtain a permit, which can cost each person upward of $25,000. More than 3,000 people have climbed the mountain. 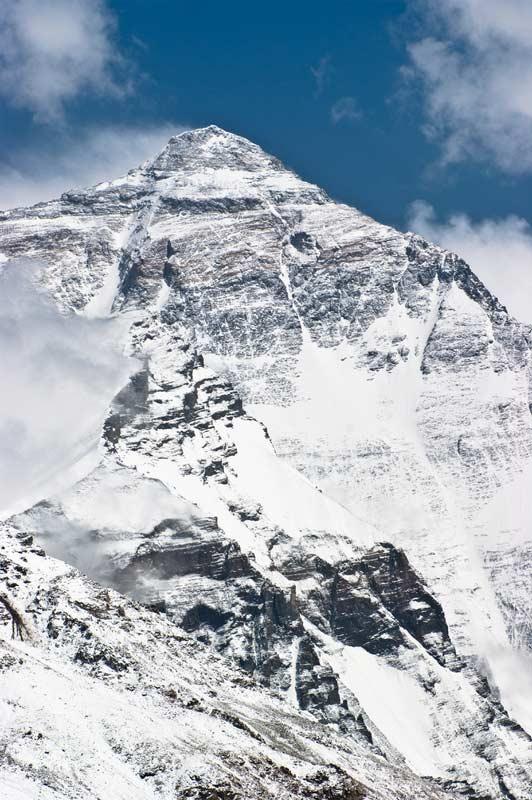 To add to the confusion, the Himalayas are rising due to shifting continental plates between China, India and Nepal.

Now the Nepalese, who claim the most popular route up the mountain, have decided to settle the question once and for all.

Stations will be set up in three different locations using the global positioning system. The Nepalese Government hope the task, which will take two years, will settle the question once and for all – and also perhaps prove to their old foes China that the mountain is higher than they thought. (Telegraph) 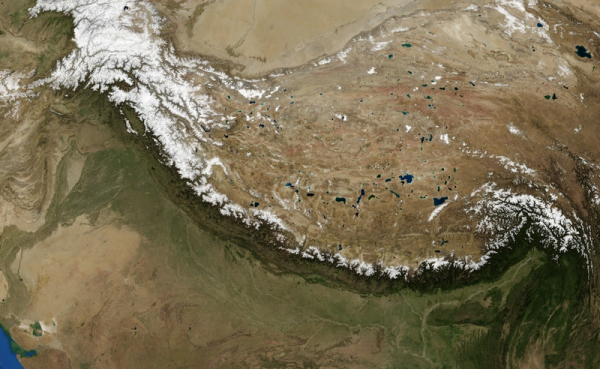 The Himalayas are among the youngest mountain ranges on the planet and consist mostly of uplifted sedimentary and metamorphic rock. According to the modern theory of plate tectonics, their formation is a result of a continental collision or orogeny along the convergent boundary between the Indo-Australian Plate and the Eurasian Plate. This is referred to as a fold mountain.

The collision began in the Upper Cretaceous period about 70 million years ago, when the north-moving Indo-Australian Plate, moving at about 15 cm per year, collided with the Eurasian Plate. About 50 million years ago, this fast moving Indo-Australian plate had completely closed theTethys Ocean, the existence of which has been determined by sedimentary rocks settled on the ocean floor, and the volcanoes that fringed its edges.

Since these sediments were light, they crumpled into mountain ranges rather than sinking to the floor. The Indo-Australian plate continues to be driven horizontally below the Tibetan plateau, which forces the plateau to move upwards. The Arakan Yoma highlands inMyanmar and the Andaman and Nicobar Islands in the Bay of Bengal were also formed as a result of this collision.

The Indo-Australian plate is still moving at 67 mm per year, and over the next 10 million years it will travel about 1,500 km into Asia. About 20 mm per year of the India-Asia convergence is absorbed by thrusting along the Himalaya southern front. This leads to the Himalayas rising by about 5 mm per year, making them geologically active. The movement of the Indian plate into the Asian plate also makes this regionseismically active, leading to earthquakes from time to time.(…)

Together, the Himalayan mountain system is the planet’s highest, and home to the world’s highest peaks, the Eight-thousanders, which include Mount Everest and K2. To comprehend the enormous scale of this mountain range, consider that Aconcagua, in the Andes, at 6,962 metres (22,841 ft) is the highest peak outside Asia, whereas the Himalayan system includes over 100 mountains exceeding 7,200 m (23,600 ft).

The main Himalayan range runs west to east, from the Indus river valley to the Brahmaputra river valley, forming an arc 2,400 km (1,500 mi) long, which varies in width from 400 km (250 mi) in the western Kashmir-Xinjiang region to 150 km (93 mi) in the easternTibet-Arunachal Pradesh region. The range consists of three coextensive sub-ranges, with the northernmost, and highest, known as the Great or Inner Himalayas.