Tropical Depression 06W developed on July 29, 2016, near the west coast of Philippines and intensified into a Tropical Storm "Nida" on July 30. The system, known in the Philippines as Carina, is moving toward Northern Luzon, dumping heavy rain. Nida is expected to intensify further and hit mainland China, just west of Hong Kong, around 12:00 UTC on August 2, 2016.

At 13:00 UTC on July 30, Tropical Storm "Nida" was located about 340 km (211 miles) NE of Virac, Catanduanes. Its maximum sustained winds, according to PAGASA, were 65 km/h (40 mph) near the center and gustiness up to 80 km/h (50 mph). Nida has maintained its strength and continues to move towards Northern Luzon, Philippines. The system is expected to move NNW at 18 km/h (11 mph).

Estimated rainfall amount is from moderate to heavy within the 400 km (250 miles) diameter of the tropical storm.

Fisherfolk are alerted against rough to very rough seas over the eastern seaboards of Camarines Norte and Quezon including Polillo Island. 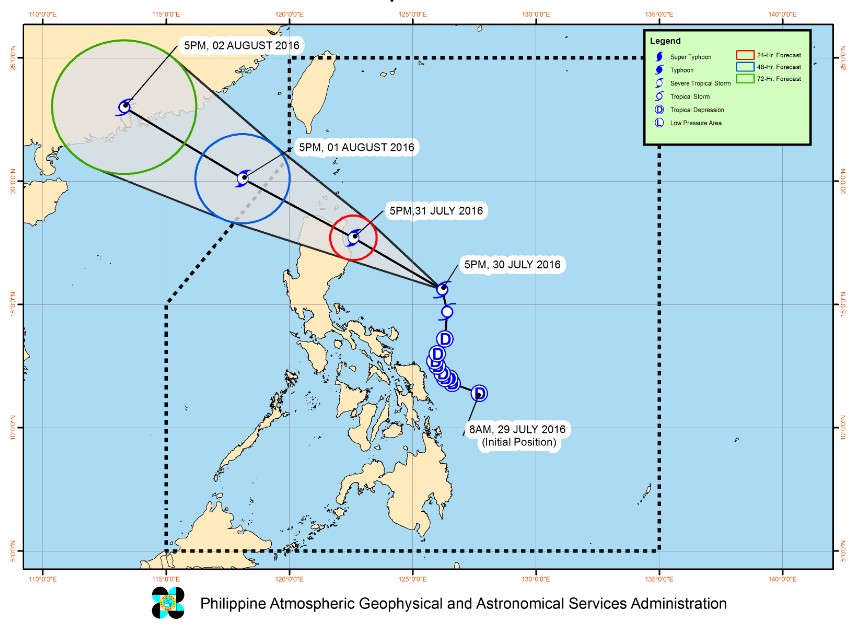 Areas under TCWS #1 and #2, rest of Cagayan Valley, rest of Cordillera and the provinces of Masbate, Camarines Norte and Quezon are alerted against moderate to heavy rains which may trigger flash floods and landslides. 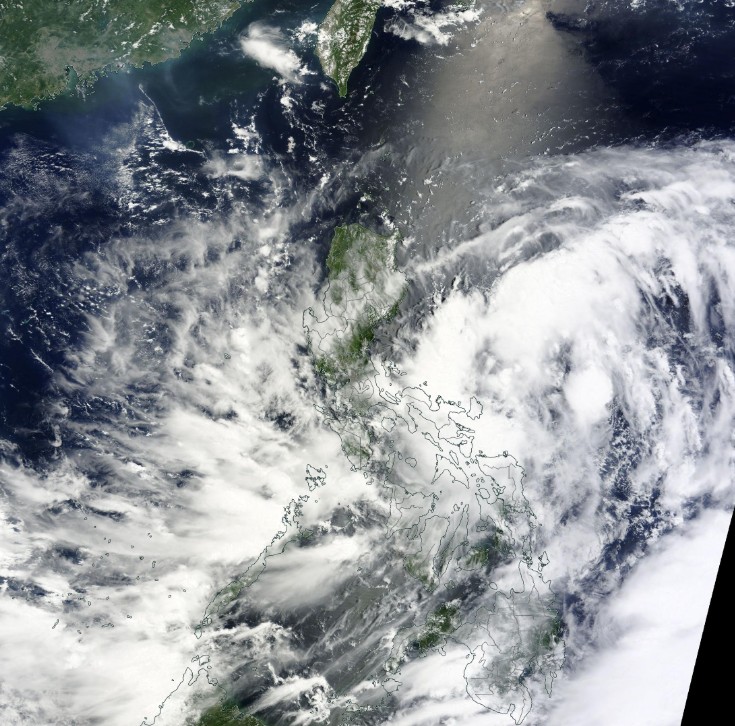 Nida is expected to hit mainland China, just west of Hong Kong on August 2, according to JTWC's forecast track issued 09:00 UTC on July 30, 2016.