A group of researchers discovered so far the strongest evidence of a planetary thermostat counteracting the warming. The effect is caused by vast amounts of greenhouse gas, as the carbon dioxide gets absorbed into the rocky sediments. Discovery was made by inspecting the ocean sediments from off the Newfoundland coast.

Sediment samples, collected in the North Atlantic area known as the Newfoundland sediment drifts, enabled the team to confirm a sudden release followed by removal of carbon dioxide which occurred about 56 million years ago, during the Paleocene-Eocene Thermal Maximum (PETM). During this, thousands of petagrams of carbon got released into both the Earth's atmosphere and ocean in a period of only a few thousand years. Numerous scientists consider this event to be similar to the currently observed increase in the carbon levels of our atmosphere.

“It’s long been thought that when the planet warms, as it did during the PETM, the rate of rock weathering on land, which absorbs CO2 from the atmosphere, increases. This draws down CO2 and cools the planet back down again,” said Donald E. Penman, a Yale University geologist and postdoctoral fellow in the lab of Pincelli Hull, the first author of the research. 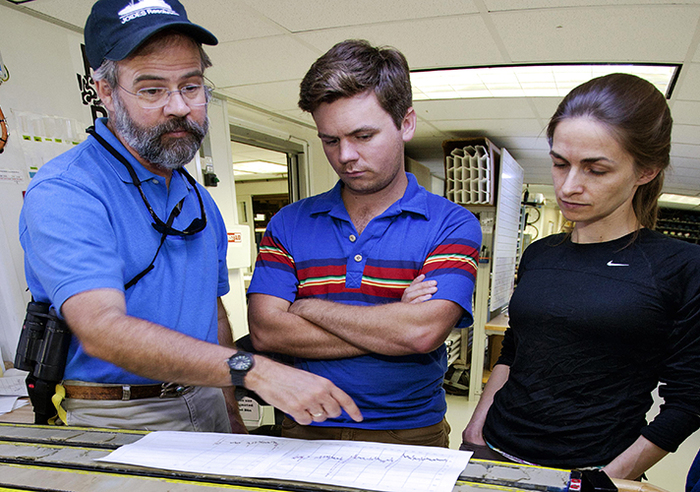 According to the researchers, the ions produced by weathering end up in the ocean, where plankton and corals turn them into calcium carbonate. The carbon continues to linger in the system while the calcium carbonate is buried in sediments.

“What our paper details is a pulse of carbonate burial in the aftermath of the PETM. We analyzed a sediment core in which, before the PETM, there is no carbonate at all, and then in the recovery phase of the event, it has lots of carbonate,” Penman explained.

The study continued the previous research, conducted by the late Yale geochemist Robert Berner, a pioneer of the notion of a planetary thermostat mechanism via rock weathering and carbonate burial in sediments.

The data collected during the research voyage in North Atlantic, undertaken by the Integrated Ocean Drilling Program will help the scientists gain insight into the causes and effects of the PETM, and could also aid in explaining how our planet will handle rising carbon levels in the future.

“We believe this process is going to operate in response to carbon emissions related to human activity. But if the PETM is any guide, it will take tens of thousands of years,” Penman said.