A research team from Brazil discovered seven new star clusters, younger than 5 million years, and located far away from the Galactic disc. Two young stellar clusters, named Camargo 438 and Camargo 439 were found in the Galactic halo using NASA's Wide-field Infrared Survey Explorer (WISE). The new discovery may lead to a new paradigm in the star and star cluster formation.

Embedded clusters are coated in interstellar dust or gas, and consist of extremely young stars. They are important, as they may help the scientists in determining the origin of stellar masses and the origin and evolution of protoplanetary discs. 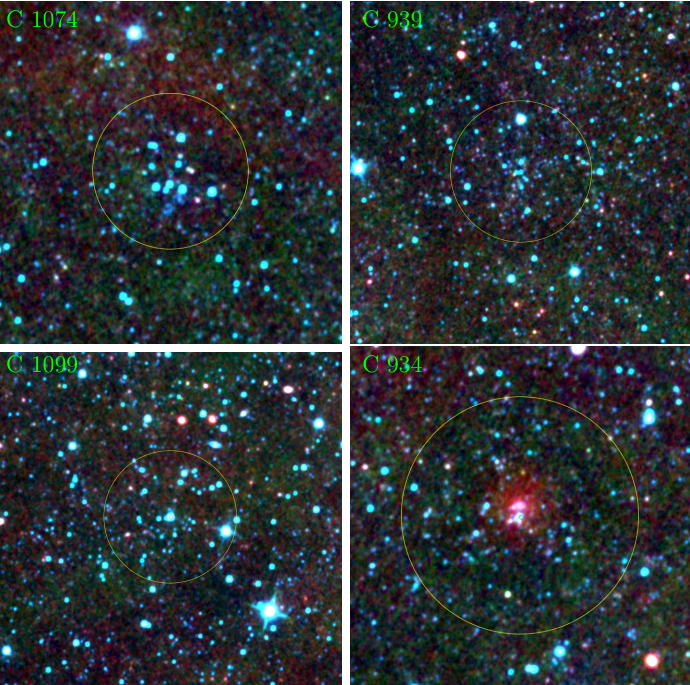 Most of the Milky Way's young stellar clusters are located within the thin disc below approximately 1 000 light-years away from the Galactic midplane, especially in the spiral arms. However, the discovery shows seven star clusters located away from the disc. Denilso Camargo of the Federal University of Rio Grande do Sul in Porto Alegre, the leader of the study, points out this suggests a new paradigm in the star and star cluster formation, as it appears the formation of such objects occurs in the halo itself, and it seems to be frequent.

The discovery was made utilizing NASA's WISE space telescope. WISE observes the galaxy in infrared light and is capable of capturing embedded clusters invisible at optical wavelengths.

"According to the derived distance from the Galactic disc, there occur star clusters located below and above the disc, which is an evidence of widespread star cluster formation throughout the Galactic halo. The discovery of stellar clusters far away from the disc suggests that the Galactic halo is more actively forming stars than previously thought and since most young clusters do not survive for more than 5 million years it may be raining stars from the halo into the disc, and the halo harbours generations of stars formed in clusters like those hereby detected," said Camargo. 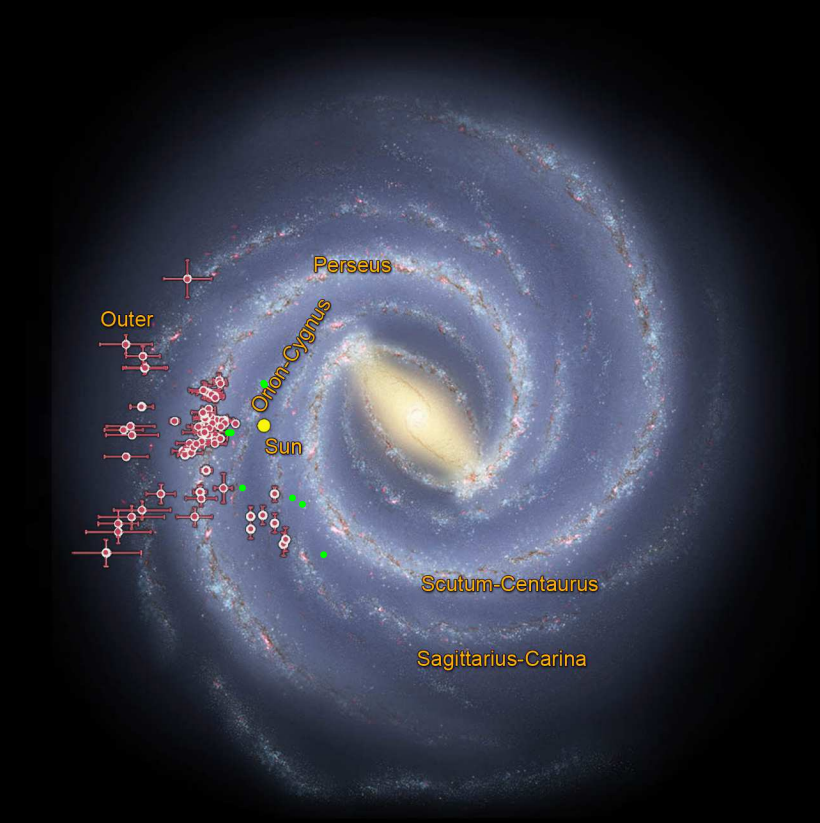 Spatial distribution of the ECs in this study and Paper I (green circles) compared to ECs in our previous works (red circles). Image credit: Robert Hurt (NASA/JPL) and Camargo et al., 2015c.

Despite the importance of the discovery, several questions remain which need answering before establishing definite conclusions. For example, could this just be an episodic event of star cluster formation far away from the disc?

The first paper revealing stars born in such distant locations, at very high latitudes from the galactic plane in combination with the newest study represent a paradigm shift, in the sense that a sterile halo becomes now a host of ongoing star formation.