Astronomers have discovered an enormous galaxy cluster with new stars forming in its core at a pace of 800 stars per year, ESA announced on September 10, 2015. This rare and amazing discovery was made by using the NASA's Spitzer Space Telescope and the Canada-France-Hawaii Telescope located on Mauna Kea, Hawai'i.

Galaxy clusters are giant and spacious galaxy groups kept together by gravity. For example, The Milky Way galaxy is a part of a small galaxy family know as the Local Group. The Local Group itself is a member of the giant Laniakea supercluster.

Usually, the galaxies found at the centers of clusters are made of old, red or dead stars, the so-called stellar fossils. However, this discovery is a contrast, as the giant galaxy, found at the heart of the cluster SpARCS1049+56, is apparently forming new stars at an incredible pace. 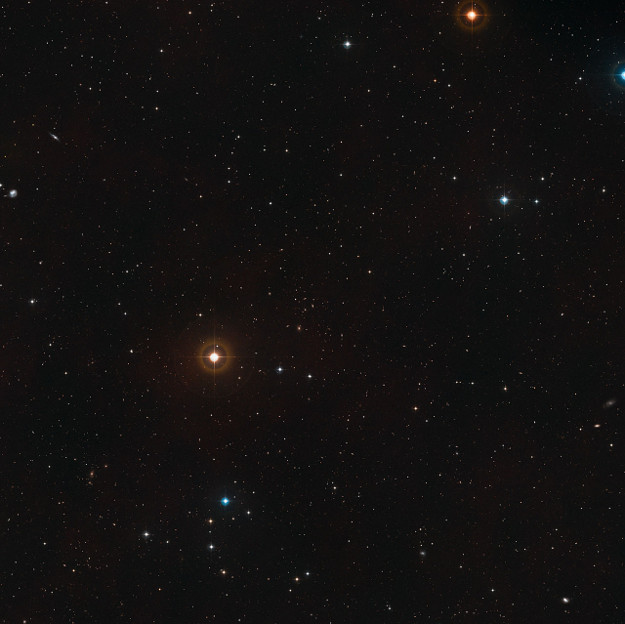 "We think the giant galaxy at the center of this cluster is furiously making new stars after merging with a smaller galaxy," explained Tracy Webb of McGill University, Montreal, Canada.

The discovery was published in the Astrophysical Journal on August 21, 2015.

The SpARCS1049+56 cluster is about 9.8 billion years away from us. It contains at least 27 galaxies, and has a total mass of about 400 trillion Suns. The one unique thing about it that has never been observed before is that its a vibrant heart of new stars. The cluster's brightest galaxy is forming new stars at an incredible pace of 800 new stars per year. For comparison, Milky Way only forms two new stars per year at its best. 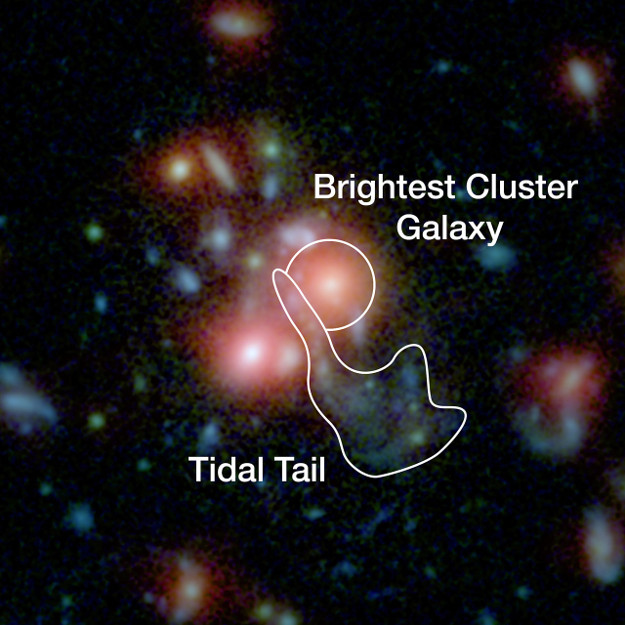 "The Spitzer data showed us a truly enormous amount of star formation in the heart of this cluster, something that has rarely been seen before, and certainly not in a cluster this distant," commented co-author Adam Muzzin of the University of Cambridge, UK.

Spitzer telescope detects infrared light, and can therefore identify the presence of the warm glow of hidden, dusty areas of starbirth. It is presumed that a secret to the incredibly fast new star formation process lies in the possibility that a smaller galaxy has recently merged with the monster in the middle of the cluster and lending its gas to the larger galaxy. 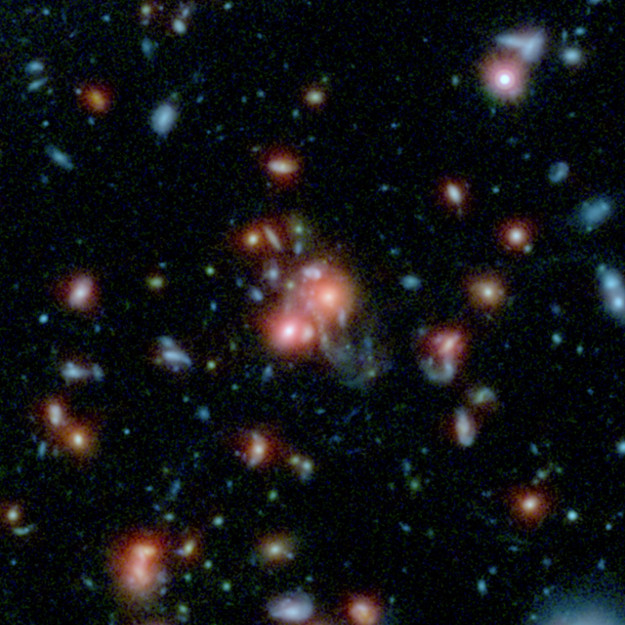 "Building on our other observations, we used Hubble to explore the galaxy in depth — and we weren’t disappointed. Hubble found a trainwreck of a merger at the center of this cluster. We detected features that looked like beads on a string," added Muzzin.

The new discovery is one of the first known cases of the so-called 'wet merger' at the core of a galaxy cluster. 'Wet merger' happens when galaxies abundant in gas collide and the gas is swiftly converted into new stars. One other, closer, galaxy cluster was found to contain a 'wet merger', however the process of star formation was somewhat slower.

The next goal for the astronomers is to find out how often this type of growth mechanism occurs in a galaxy cluster. Is SpARCS1049+56 system an outlier or is it possible it represents an early time in our Universe when this type of behavior was normal.

Sources: ESA, Abstract of the paper – The Astrophysical Journal