No matter what your thoughts and opinions might be on the nature of our universe and Big Bang cosmology here is an interesting video, or better yet, a simulation of what astronomers call the first realistic virtual universe.

The super-computer simulation, called "Illustris" can recreate 13 billion years of cosmic evolution in a cube 350 million light-years on a side with unprecedented resolution.

"Until now, no single simulation was able to reproduce the universe on both large and small scales simultaneously," says lead author Mark Vogelsberger (MIT/Harvard-Smithsonian Center for Astrophysics), who conducted the work in collaboration with researchers at several institutions, including the Heidelberg Institute for Theoretical Studies in Germany.

Previous attempts to simulate the universe were hampered by lack of computing power and the complexities of the underlying physics. As a result those programs either were limited in resolution, or forced to focus on a small portion of the universe. Earlier simulations also had trouble modeling complex feedback from star formation, supernova explosions, and supermassive black holes.

Illustris employs a sophisticated computer program to recreate the evolution of the universe in high fidelity. It includes both normal matter and dark matter using 12 billion 3-D "pixels," or resolution elements. 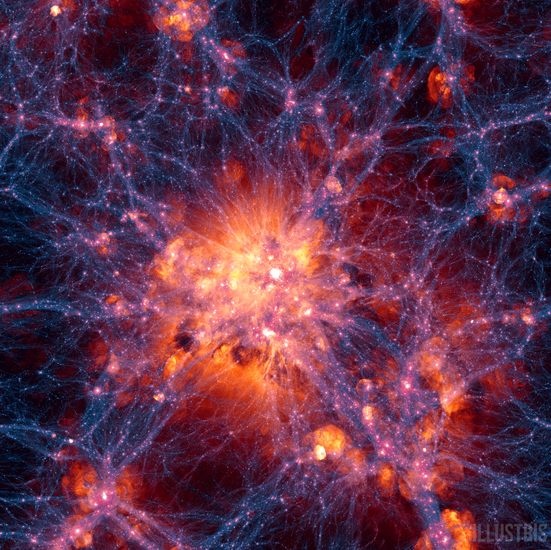 The calculation tracks the expansion of the universe, the gravitational pull of matter onto itself, the motion of cosmic gas, as well as the formation of stars and black holes. These physical components and processes are all modeled starting from initial conditions resembling the very young universe 300,000 years after the Big Bang and until the present day, spanning over 13.8 billion years of cosmic evolution.

The simulated volume contains tens of thousands of galaxies captured in high-detail, covering a wide range of masses, rates of star formation, shapes, sizes, and with properties that agree well with the galaxy population observed in the real universe. 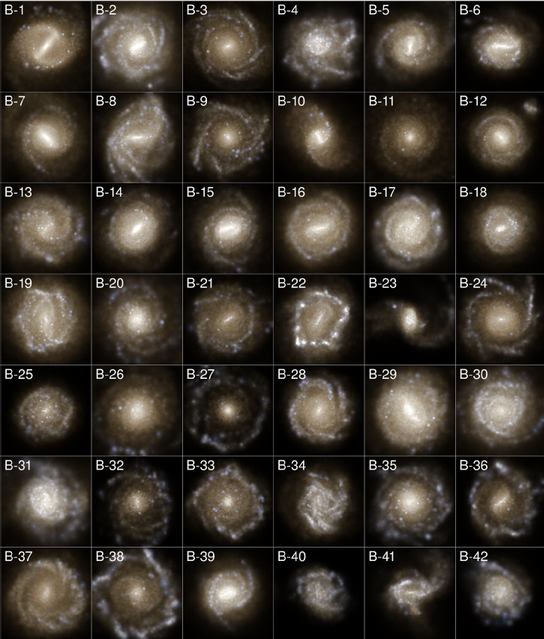 The team dedicated five years to developing the Illustris program. The actual calculations took 3 months of "run time," using a total of 8,000 CPUs running in parallel. A single state-of-the-art desktop computer would require more than 2000 years to perform this calculation.